The Orlando Magic clearly don't care about the fans. How could they when they shut down Paolo Banchero for the remainder of the NBA Summer League?

Here I am, a fan in the deadest time of the sports calendar, and you're telling me I have to watch the rest of Summer League without this year's top NBA Draft pick? My 6-year-old son, Jeremy, was in in tears when he heard the news.

"Is it true, dad?" he asked. "Do the Magic care more about the future of their franchise than me? A fan who spends his hard-earned income paying the salaries of their players?

Mr. Silver, I demand answers. I demand an explanation. Why are the Orlando Magic leaving us out to dry? Why are they sitting Banchero?

Paolo Banchero Quickly Proved Himself in the Summer League 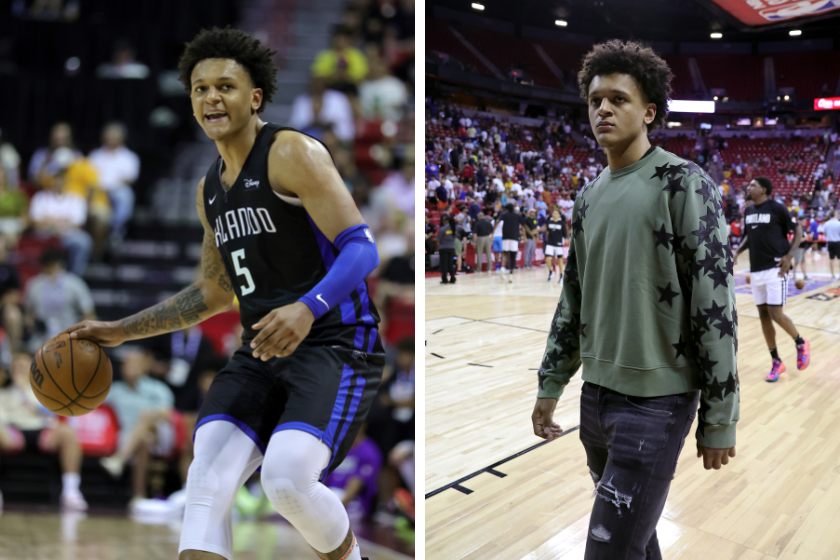 In his two appearances in Las Vegas, the Duke product averaged 20 points, 5 rebounds and 6 assists in matchups against the Houston Rockets and Sacramento Kings. Apparently, that was enough for the Magic because they're sidelining him for their remaining summer league games.

Let me get this straight. The Magic, a rebuilding team that's successfully made the playoffs twice over the past 10 years, want to protect their franchise cornerstone? And by doing that, they're giving other players a chance to achieve a lifelong dream? Come on! This is the SUMMER LEAGUE. This is where champions are made, legends are born. This is a sacred two-week period where fans who force themselves to watch baseball can pretend the world is normal for a little bit.

Chet Holmgren of the Oklahoma City Thunder understands the gravity of the Summer League. As does Houston forward Jabari Smith Jr. And what did the No. 1 overall pick have to say for himself?

"I was happy with the way I played, but there was a lot I could improve on," he continued. "The second game I had a lot of turnovers. Just getting in even better shape. I felt like, those were my first two games, so just build my wind back up. But overall, I think I did pretty well. This time in Vegas has helped me a lot as a basketball player."

No remorse. No apology. His legacy is forever tarnished.

Banchero will have a lot of goodwill to make up for playing against the likes of the New York Knicks, Boston Celtics, Detroit Pistons, Los Angeles Lakers, San Antonio Spurs, Indiana Pacers, Portland Trail Blazers and Brooklyn Nets. Sure, he may have played well, but disrespecting the Summer League is unforgivable.