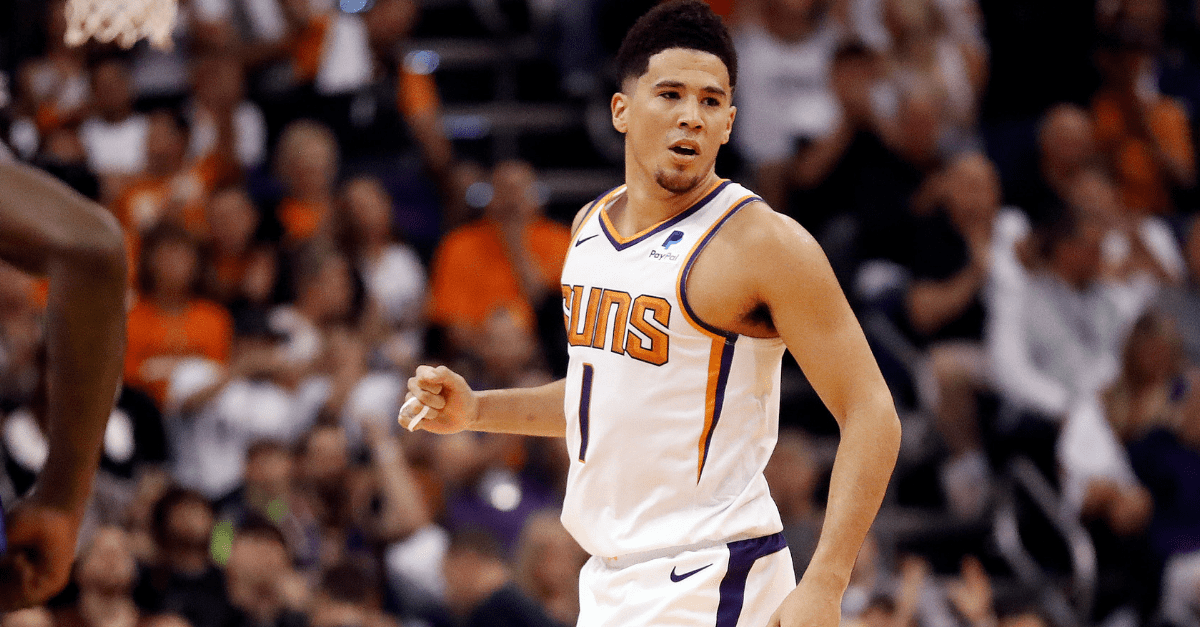 A little kid’s birthday party is good for a few things: three to four cheese pizzas, headaches for parents and a giant roll of Skee-Ball game tickets. All that is second nature, though, if nobody actually shows up for to the party in the first place.

That’s what happened at Teddy’s sixth birthday party in Tucson, Arizona. After his mom shared a photo that went viral over the weekend of her kid sitting alone on his birthday, one NBA team sprang into action to give this 6-year-old a better birthday party than 32 of his classmates ever could have.

A Tucson 6-year-old invited 32 of his classmates to a pizza party for his birthday over the weekend… and no one showed up: https://t.co/5KGkBT9gD3 #abc15 pic.twitter.com/cxXf25W2xJ

According to ABC15 News in Arizona, Sil Mazzini, Teddy’s mom, said that anybody interested could send birthday cards to their P.O. box address to wish her son a happy birthday.

The Phoenix Suns took it one step further when they offered Teddy tickets to their game on Wednesday night. It just so happens that the Suns will be hosting the NBA’s most exciting player when LeBron James and the Los Angeles Lakers roll into Talking Stick Resort Arena.

How about we celebrate with thousands at our place! Tickets to Wednesday’s #SunsVSLakers game are all yours Teddy! Talk soon! https://t.co/YL3zjDX9JW

While the Suns may be off 1-2 start early in the year, shooting guard Devin Booker is off to a hot start averaging 29.3 points per game, which is good enough for sixth in the league, and he poured in a season-high 35 during Phoenix’s season-opening win at home over the Dallas Mavericks. The NBA’s first-overall pick in the 2018 NBA Draft, center Deandre Ayton, is playing great ball as well, averaging 14.3 points, 10.7 rebounds and 4.0 assists.

Teddy isn’t just seeing any old NBA game. He’s getting two of the NBA’s most interesting teams going head-to-head and looking to get back into the win column early in the year.

Well, what if Teddy doesn’t like the NBA? Don’t worry because the Phoenix Rising Football Club of the United Soccer League are taking on the Swope Park Rangers in the USL Western Conference Semi-Finals on Friday night, and Teddy is the guest of honor.

Teddy can get The Mala from @VeneziasPizza and join 7,000 of his closest friends this Friday. Come on out Teddy! #UpRising https://t.co/mNpcwfNOcy

If Teddy wants to invite 32 of his kindergarten classmates to a pizza party, and no one came, that’s thier loss because this kid is now the coolest 6-year-old in the state of Arizona, and I’d give anything to be at his Phoenix-inspired birthday party.

READ MORE: Larry Bird Will Soon Have His Own Epic Indiana Museum