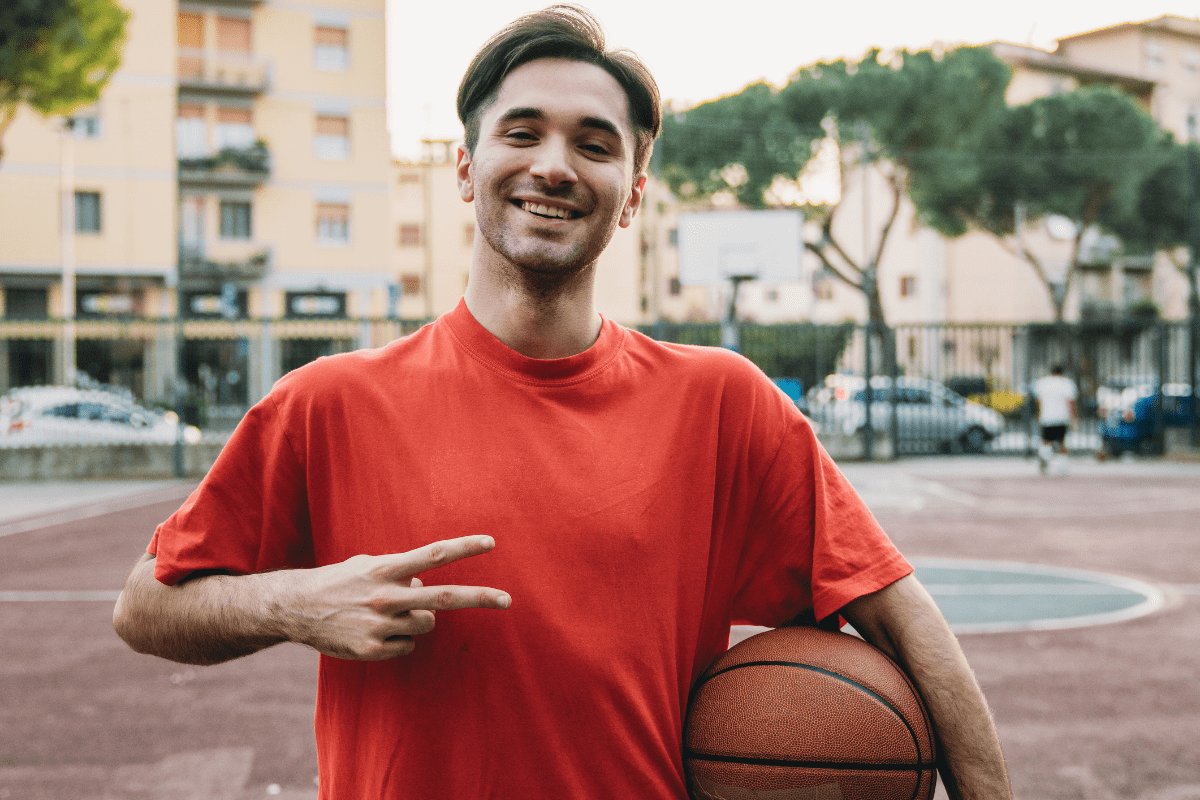 Fresh off a win against the Jimmy Butler Was Right All-Stars in the Brews & Ball C-League Championship, Downtown FunkyStuff McBuckets guard Ryan Turner, 35, relished in the victory.

“Another one for the trophy case,” Turner, three beers deep, said in between sips at Frank’s Tavern. “It never loses its luster.”

With the win, Turner captured his sixth championship — making him the self-proclaimed Michael Jordan of the Brews & Ball League.

“There’s a reason I wear a complete MJ uniform every week.” he continued. “They say dress for the job you want. Well, the job I’ve wanted ever since joining this league was to be the GOAT.”

When asked about Tom Bates, the 24-year-old business development representative on the Drain Gang Degenerates, who many call the LeBron James of the league, Turner stopped dead in his tracks and looked me square in the eye.

“Bates has a bright future, but he’s got a long way to go if he wants to reach the top. Sure, he drops 30 a game, is sculpted like a Greek god, records Tik Toks during timeouts and has two league titles — which were flukes if you ask me — but I have more rings.”

By rings, Turner means the $100 gift card to Frank’s Tavern the winning team receives each session.

“I keep all of them,” Tuner said, as he pulled five old Frank’s cards from his wallet. “This one is from 2013,” he said about the one with faded text that read ‘Ank’s Ern’. “We only had five guys that game because our sixth was hungover from a bachelor party that weekend. I ended up having 10 points and 3 rebounds. It’s completely expired, but the memory’s still fresh.”

“But stats aren’t important to me,” he continued. “All I care about is winning. It’s why I’m the tone-setter on this team — you know the guy who slaps the floor on defense, reminds everyone to box out and keeps the refs in check. I’m not afraid to be the bad guy if it means we win.”

To get some further perspective, I asked Turner’s teammate, Derek Simmons, about Turner’s impact.

“Ryan is the only guy who’s willing to submit the registration form, pay the fees and remind us when games are,” Simmons said. “I can look past everything else because seeing him on the court is like a Sunday night HBO show for me. And, playing on the Downtown FunkyStuff McBuckets means an hour away from the old ball and chain. Without Ryan, none of this would be possible. Plus, I can never say no to a chance at a Frank’s Tavern gift card. Their wings are the best in town.”

As the festivities were ramping up, Turner, now on beers seven and eight, ordered another pitcher.