College basketball has devolved into a shell of itself. Rotting from the inside, cannibalizing all that it once stood for. The floodgates have opened and fans seem content wading through water.

Couldn't be me. I've mutated into a junkie, hungry to cover the spread and deduce if a Quad 1 home win is more valuable than a Quad 2 road win. Takes are seething within me, and I channel everything inside to hold back. People think I'm a blogger hiding behind the keyboard, watching, cooking up takes -- but, I am the blog.

"Forget about it, Joe," they said. It's college basketball.

It's become more of a necessity than a want. I need to CHALLENGE MYSELF by unwinding college basketball's unsolved mysteries.

Why did Duke have that weird phase where they adopted "Everytime We Touch" as their official song? Where can I go to sell my soul so Providence's mascot will stop haunting my dreams?

That leads me to today's question....

Does Bill Self Wear a Toupée? 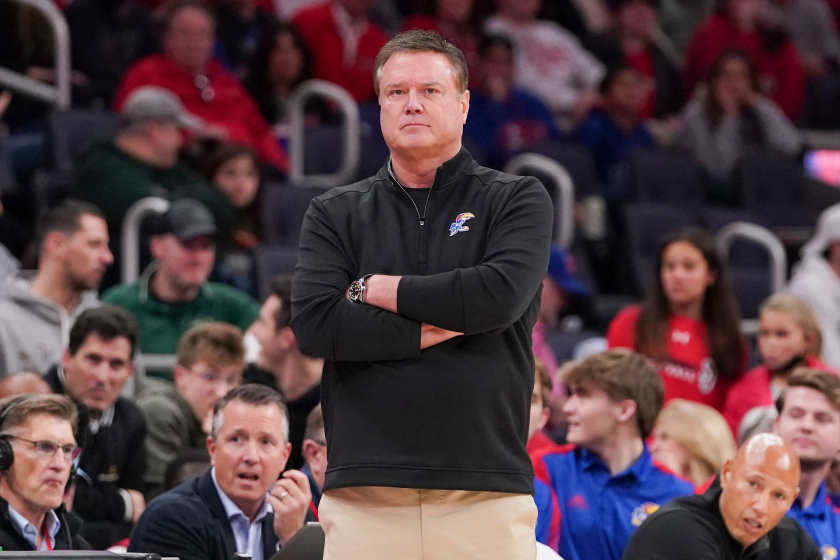 RELATED: Meet Cindy Self: The First Lady of Kansas Basketball

I've closely watched Bill Self lead the Kansas men's basketball team for 20 years. I couldn't care less about the three Final Four appearances, the countless Big 12 titles and the 2008 national championship. No, when I tune into a KU broadcast I watch exclusively for the mic'd up segments to get a closer look at Self's dome.

Something seems off. There's a suspicious amount of room between his scalp and hair. I've dusted off some old files and looked at his days at Tulsa and Illinois for further examination. 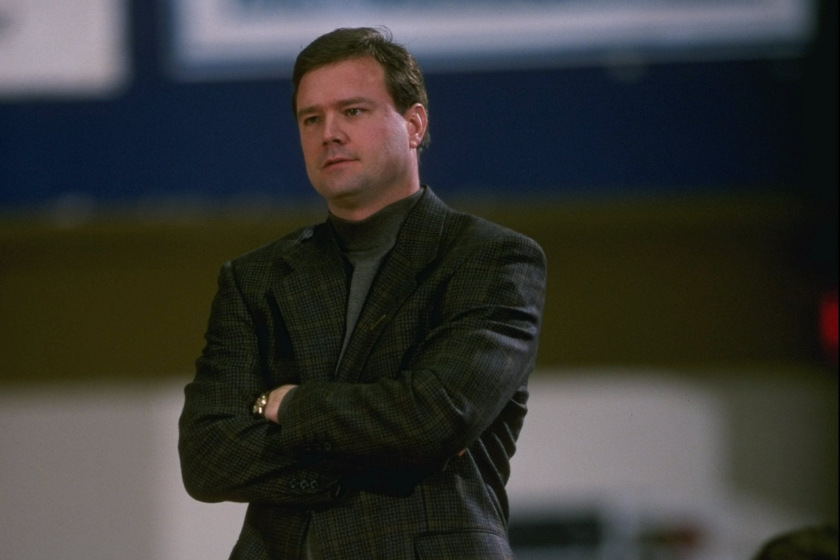 January 29, 1998: Bill Self, then the basketball coach at Tulsa, looks on during a game against SMU. Seems like a normal head of hair for a 35-year old man. This is the Bill Self hair benchmark. 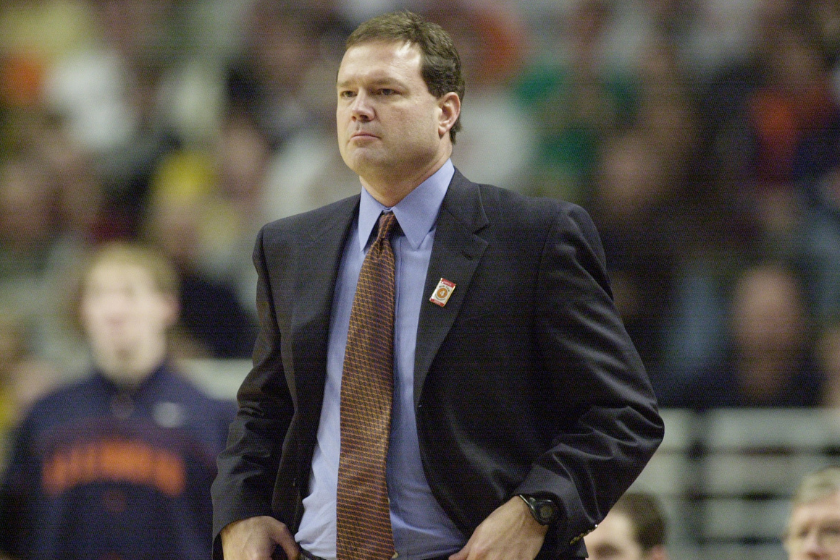 March 15, 2003: Now leading Illinois, Bill Self strategizes during the Big Ten Tournament. He appears to have lost some thickness in five years. Noted. 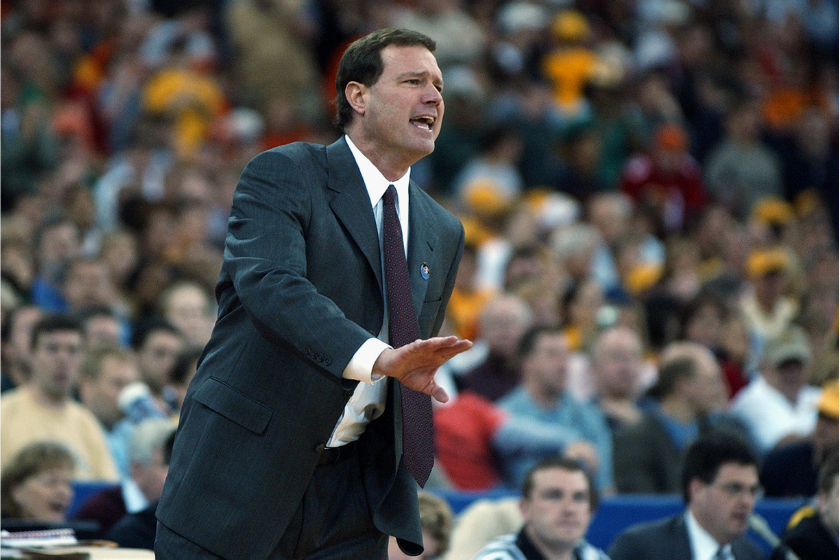 March 22, 2003: Exactly a week later, Bill Self's hair looks fresh and rejuvenated. A drastic change. Did he change shampoos? Conditioner? It couldn't be Rogaine. Their product reportedly takes up to four months to get results. Could it be hair plugs? Perhaps. This is the most damning evidence against Self's natural locks.

How about the Oklahoma State alum's hair since he's been in Lawrence? 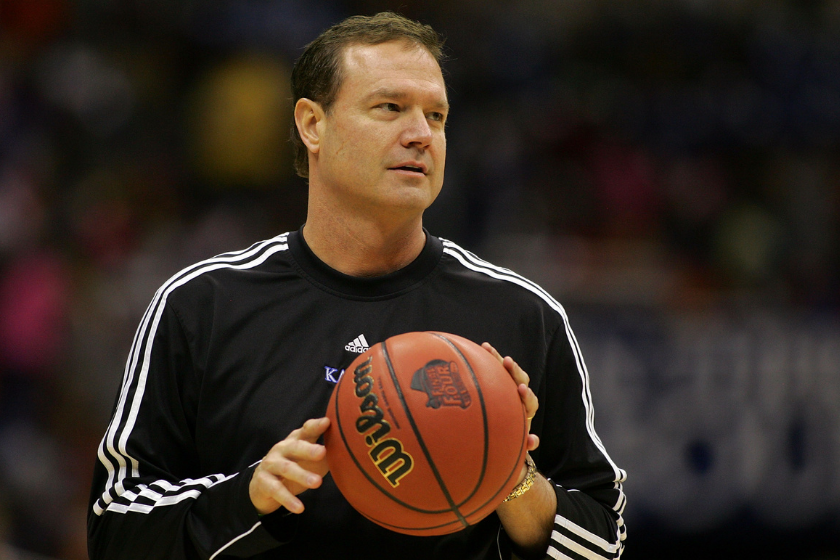 April 4, 2008: Kansas coach Bill Self leads a practice in preparation for the 2008 Final Four. Definitely some thinning. It's worth mentioning because it's reminiscent of the first Illinois pic. 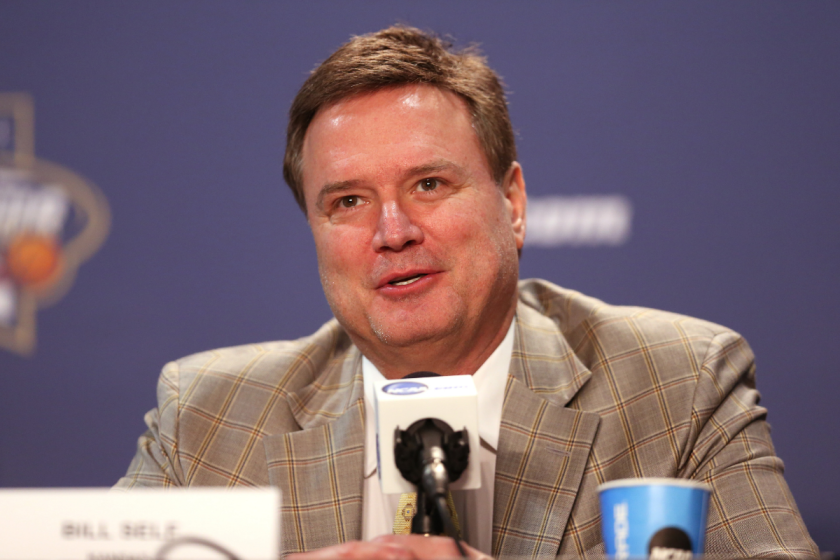 March 31, 2016: Self at a press conference after winning the 2016 NCAA Coach of the Year Award.....the pieces are coming together. 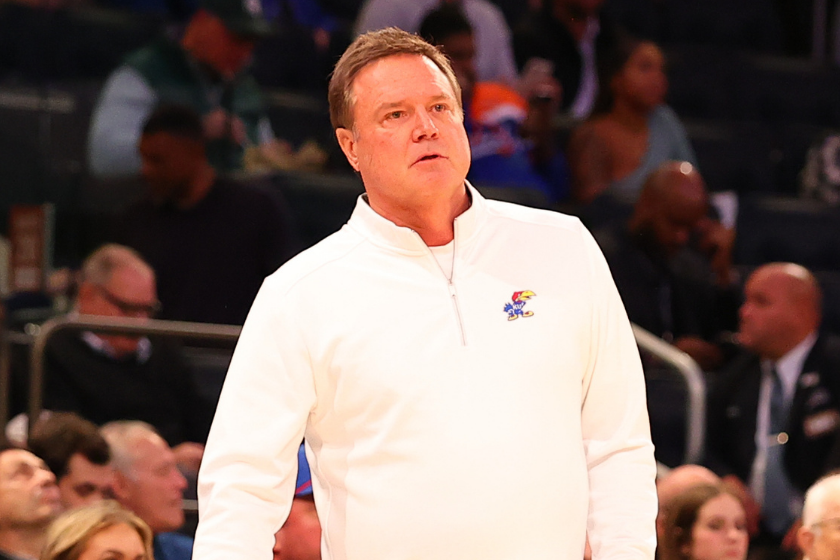 November 9, 2021: Bill Self coaches the Kansas Jayhawks against Michigan State in the Champions Classic. Self's hair hasn't moved in five years. Put him in front of a fan and you're cooling off cement.

Even though the basketball coach hasn't confirmed it himself, it's safe to assume Bill Self wears a hairpiece. The evidence speaks volumes, and I'm not the only one who believes it.

Kentucky Sports Radio host Drew Franklin confirmed my claim back in 2017. Rivalry aside, KSR is nothing if not a hard-hitting journalism outlet. There are also several Twitter accounts dedicated to Bill Self's toupée. Seeing multiple users stand in solidarity with me only strengthens my case. If anything, they're celebrating it. Twitter isn't a place for jokes.