University of Kansas basketball coach Bill Self is undoubtedly one of the best leaders in college basketball. Just take a look at his résumé. On top of winning over 80% of his games since arriving in Lawrence in 2003, Self has two national championships, two AP Coach of the Year Awards, four NCAA Final Four appearances, eight Big 12 tournament titles and 15 regular season conference championships, including 14 straight from 2005 to 2018. Not to mention a Naismith Memorial Basketball Hall of Fame plaque. Impressive stuff for the head men's basketball coach at Kansas. Self has had immense success on the court, but his proudest accomplishment is his family. It all starts with his wife Cindy.

The Jayhawks may have a reputation for choking in the NCAA Tournament in recent years, but they are never not competitive. A "down year" for a team led by head coach Bill Self is finishing in third in the Big 12 and still winning the conference tournament. And let me just be the first to say Allen Fieldhouse is the most impartial venue in the country. I dare anyone to find a clip of calls going in KU's favor there, but that's a story for another time.

Who is Bill Self's Wife, Cindy Self? 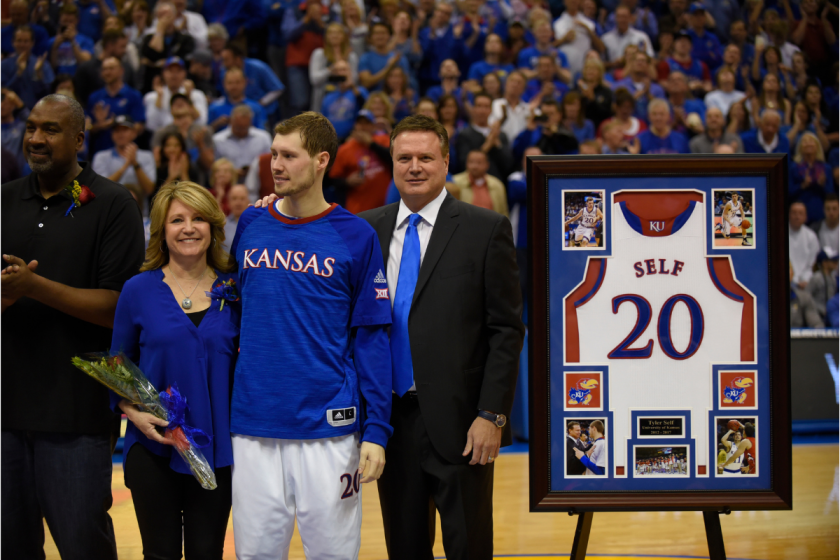 Billy Eugene Self and Cindy Self's relationship began where many do: in college. The pair met at Oklahoma State University in the mid '80s when Bill was a basketball player and Cindy was a cheerleader. While the college basketball coach earned a bachelor's degree in business and later a master's degree in athletic administration, Cindy earned her degree in elementary education. They tied the knot in 1988 after four years of dating.

From assistant coach jobs at Kansas and Oklahoma State to getting his first job as a head coach at Oral Roberts, to stops at Tulsa and Illinois, Cindy's been by his side every step of his coaching career. She can be found frequently cheering on the Jayhawks men's basketball team at Allen Fieldhouse, and in between basketball, the couple focuses on their youth charity, the Assists Foundation. 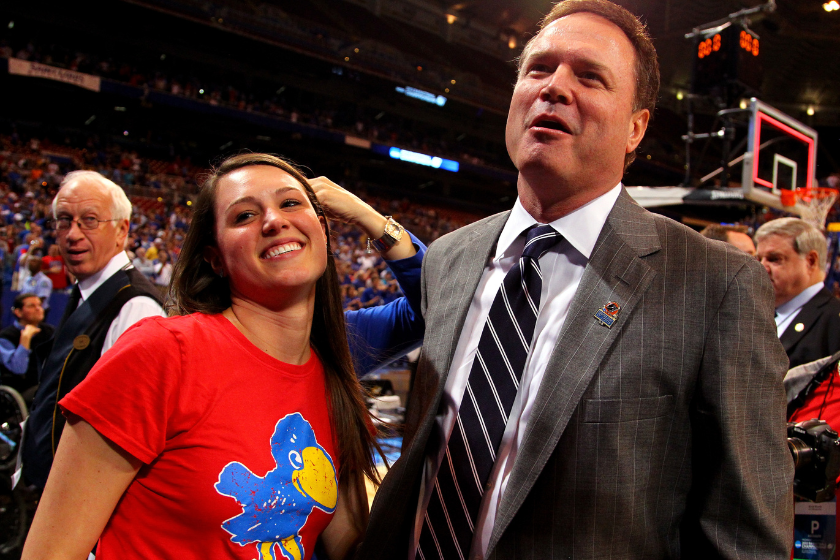 The Self family doesn't stop with Bill and Cindy. They have a daughter named Lauren who graduated from Kansas in 2013 works for the Richard, Texas Young Life community. Lauren Self and her husband Hayden Browning have two daughters.

Their son Tyler Self was a member of the KU basketball team from 2012 to 2017. Now, he's the general manager of the Austin Spurs of the NBA G League.

Team also announced that Tyler Self (right) has been promoted to general manager. Tyler is the son of longtime collegiate and Kansas coach Bill Self. #KSATsports pic.twitter.com/Rgn54fpJdg

As the Kansas Jayhawks embark on another March Madness run, which will be Self's 19th in 20 years on the job (It would be 20 for 20 if the 2020 NCAA Tournament wasn't canceled because of COVID-19), Cindy Self will be her husband's rock. It's been that way for over 30 years.