Let's be real, every state doesn't get the same love in basketball, which is why it's common for players to jump ship in order to improve their chances of making it in the sport. I mean, wouldn't you get tired of playing at a high level in Indiana or Chicago, Illinois, and still getting overlooked?

Well, of course, you would, and even if that trend continued at your next stop in New York, Texas or Arizona, you would at least get a chance to see why there's a lot of buzz surrounding the talent level in that particular location.

So, where are we in the hoop state debate today? Well, quite frankly, we're all over the place at the moment.

Some people simply want to look at the number of McDonald's All-Americans that have been produced, while others are interested in praising the state that has the most high-major signees/commits overall. If we're thinking big picture, though, it's all about making it to the NBA and finding a stable home as quickly as possible, so it would be wise for us to complete a more productive exercise.

Let's find out the state that currently has the most players in the NBA as of late-June 2022.

Myth: North Carolina is On Top with No Competition 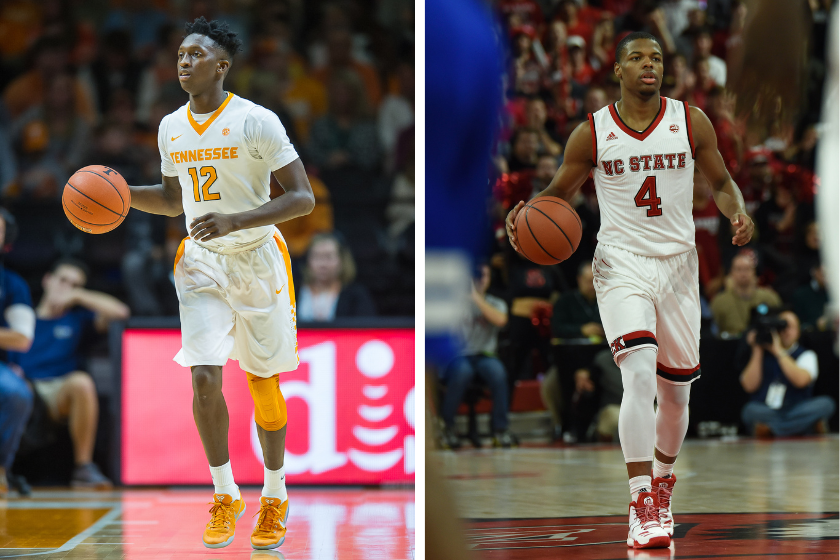 North Carolina's basketball exports didn't begin and end with Michael Jordan. If you grew up watching hoop mixtapes on YouTube that featured exciting young ballers from North Carolina as I did, then you probably thought that you were looking at NBA players in the making during every video. That's what the hoop mixtape culture is all about, and when people begin to watch mixtape after mixtape without stopping to think about why they exist in the first place (for entertainment purposes), they start to convince themselves that every player is a lock to reach/remain in the NBA (which isn't the case).

Allow me to introduce you to Kwe Parker, who was known for his freakish athleticism and ridiculous hang time in high school. The 6-foot-2 highflyer's ability to get his head above the rim and complete dunks that looked physically impossible to pull off instilled fear into his opponents when he stepped on the floor. So, where did the Fayetteville, North Carolina native and Wesleyan Christian Academy product go wrong? Well, he chose to play in a college basketball conference that is full of explosive leapers who aren't satisfied with being one-trick ponies: the SEC.

If you are playing at Tennessee, like Parker did, or any other school in a Power 5 conference, you basically have two main options: you can either be someone who gets taken advantage of regularly or someone who takes full advantage of other players' noticeable flaws. Think Kevin Durant, who left Maryland/Washington, D.C. to dominate at Texas, for that second option. To put it simply, you can get exposed or take part in the exposing of others, and unfortunately, Parker chose option No. 1. After a disappointing freshman campaign in 2016-17, Parker transferred to Cape Fear Community College for one season before finishing out his collegiate career at North Carolina A&T.

Parker's childhood friend, Dennis Smith Jr., was an athletic freak himself who tormented high school and AAU defenders with his deadly hesitation dribble move. After climbing up the ESPN top 100 rankings and receiving several high-major offers during the spring/summer, the class of 2016 guard elected to continue his basketball career at NC State under Mark Gottfried. Following a solid freshman season with the Wolfpack, Smith found himself declaring for the NBA Draft and preparing to enter the next chapter in his life.

Unfortunately, Smith's refusal to show signs of being a trustworthy three-point shooter and decision-maker with the Mavericks (who selected him with the 9th overall pick in 2017) led to the organization parting ways with him in 2019. Smith has attempted to revive his career with the Knicks, Trail Blazers and Pistons since his fallout in Dallas, but he's failed to get back on track over the past few years.

There are 28 current NBA players who are from North Carolina, with John Wall, Bam Adebayo and Brandon Ingram being notable players from the state. However, it would be foolish to give North Carolina the hoop state crown with less than 30 hoopers in the league. If players like Parker and Smith continue to flame out or stay complacent, North Carolina will struggle to reach its full potential in the basketball world.

Fact: California is Actually the Hoop State, As of 2022 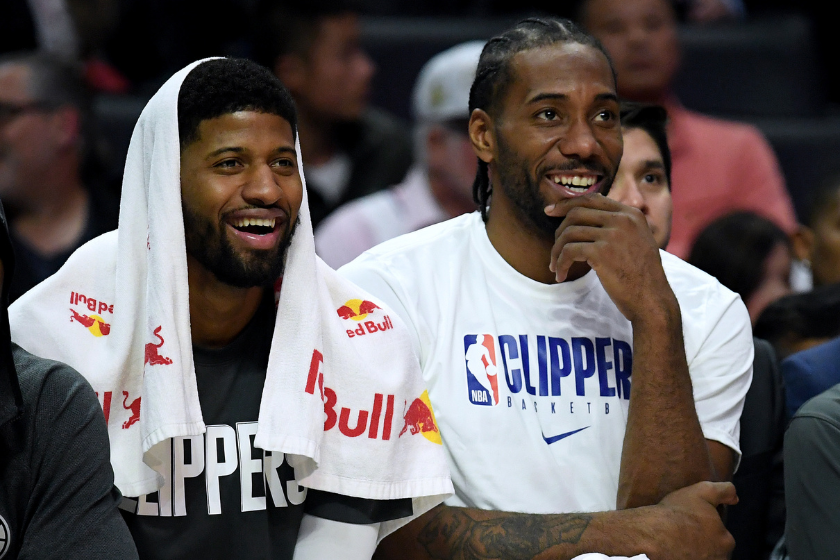 Believe it or not, California has 45 active players in the pros, the most NBA players from one state. That's right. Not Florida, not Georgia, not Kansas or Kentucky. California once again reigns supreme. People can say whatever they want about the style of play that is popular in the state (there's a heavy emphasis on letting it fly from deep and destroying opponents with crafty footwork), but the numbers show that they are on top of the game and have every right to claim the hoop state title.

As it relates to NBA stars from California, Kawhi Leonard, Paul George, Russell Westbrook, James Harden, DeMar DeRozan, Damian Lillard and Klay Thompson have all represented the state well throughout their careers. Essentially, we are talking about seven potential Hall of Famers who have maximized their time in the league thus far. If this comes as a surprise, we should remind you that New Jersey Nets legend Jason Kidd, Indiana Pacers franchise face Reggie Miller, and Celtics Wheelchair-aficionado Paul Pierce also hail from the Golden State.

If anything, this should serve as inspiration for skilled players in California who have NBA dreams. Obviously, nothing's ever guaranteed in basketball, but those players shouldn't ignore meaningful statistics that could help keep their spirits up during rough/depressing times. Some individuals may try to tell you otherwise, but the fact of the matter is, the state of California is just getting started and it'll be interesting to see what they can achieve in the next couple of years.

If you thought the Los Angeles Lakers have a track record of success, you should check out a park in California. That's where the next generation of basketball players is coming into their own, and NBA Teams should begin their scouting trips on the West Coast from now on.