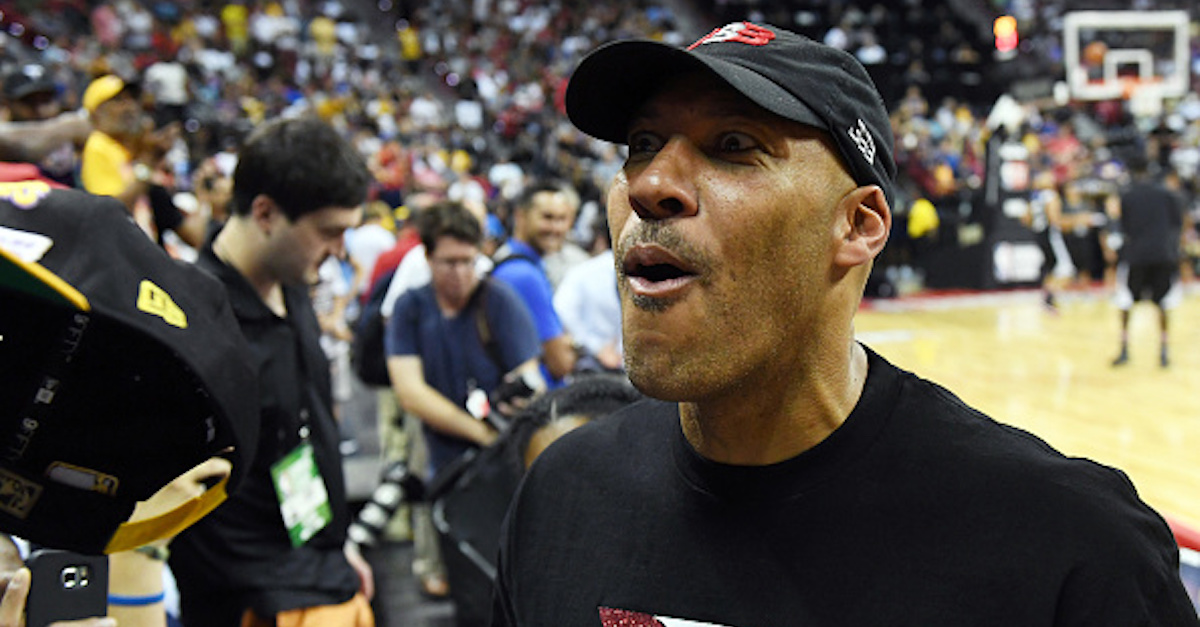 Golden State Warriors coach Steve Kerr is known as a man willing to speak his mind. Following Dallas Mavericks coach Rick Carlisle’s comments on ESPN’s coverage of LaVar Ball, Kerr had some insights of his own he wanted to share.

For context, Carlisle voiced frustration over ESPN covering Ball in a way that, he believes, hurts their business partnership.

?As president of the NBA Coaches Association, I view the ESPN article as a disgrace,? Carlisle said. ?Luke Walton is a terrific young coach bringing along a young team. It?s a difficult task. If you don?t believe it, ask me. We?re going through that now and went through it last year.

?Printing an article where the father of an NBA player has an opinion that is printed that is anything like legitimate, erodes trust. Our coaches are upset. Luke Walton doesn?t deserve that.?

This is a fine line Carlisle is walking, as he’s essentially saying coaches should have a say in what journalists cover, and that’s obviously not how journalism works.

Kerr, on the other hand, has a much more idealistic view about the entire thing. Here is some of what Kerr said during a three-minute rant:

“This is the world we live in now. I was thinking about ESPN. They laid off, I don’t know, 100 people. How many people did they lay off over the last year? More? Well over 100. Many of whom were really talented journalists covering the NBA. This is not an ESPN judgment, it’s a societal thing more than anything. Were we’re going is were going away from covering the game and getting close to sensationalized news. It’s not even news really, it’s just complete nonsense. But if you package that irrational nonsense with glitter and ribbon, people are going to watch. I’ve talked to people in the media this year. I say ‘Why do you guys have to cover that guy?’ They say they don’t want to, nobody wants to, but our bosses tell us we have to because of the ratings, because of the readership. Somewhere, I guess this is in Lithania, LaVar Ball is laughing at all of us. People are eating out of his hands for no apparent reason, other than he’s become like the Kardashian of the NBA, and I guess that sells and that’s what’s true in politics, in entertainment and now in sports. It doesn’t matter if there is any substance involved with an issue. It’s just, can we make it really interesting, for no apparent reason. There’s nothing interesting about that story. Do you know how many parents of my players are sitting at home going ‘Why isn’t he playing my kid?’ And yet, we’re sticking a microphone in his face because it apparently gets ratings. I don’t know how cares, but people care. They must care, or ESPN wouldn’t be spending whatever they’re spending to send reporters to Lithuania when they are laying off people who are writing really substantial (stories), people like Ethan Strauss and Marc Stein are getting laid off. Again, this is not a condemnation of ESPN. It’ not. It’s societal issue. It’s been going on for man, many years. And it’s invading the sports world now.”

Kerr would go on to say he feels horrible for Luke Walton, but also believes he’s doing great and handling everything as best he can.