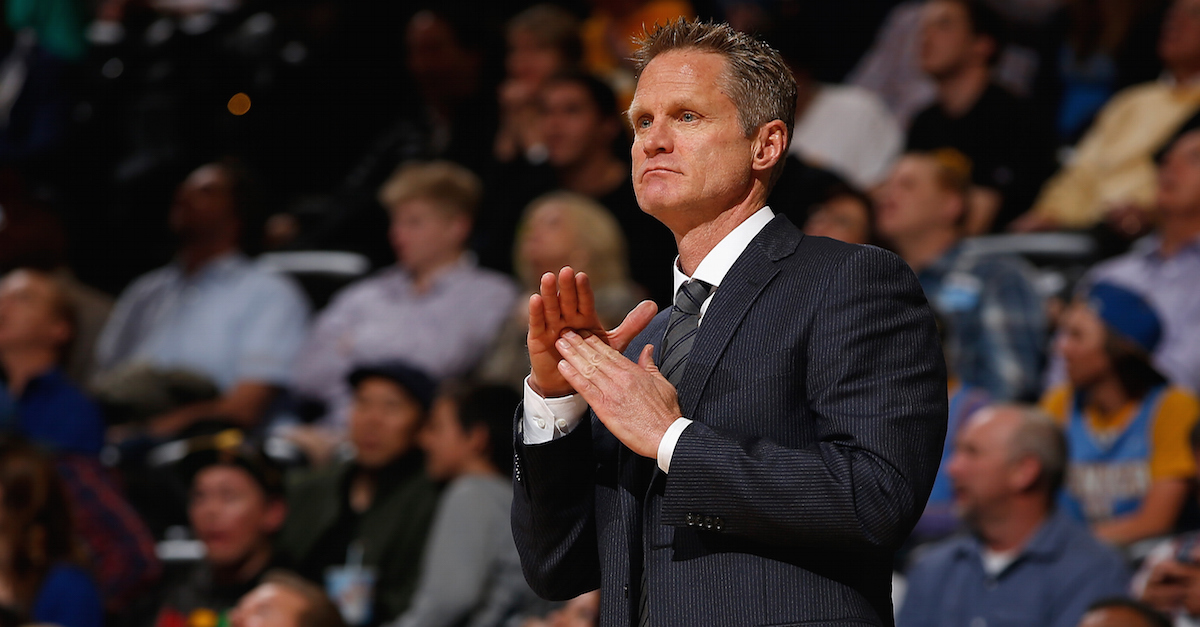 The Golden State Warriors claimed the 2017 NBA Championship and, immediately after the team vanquished the Cleveland Cavaliers in Game 5, attention turned to whether the team would visit the White House under the administration of President Donald Trump. Reports surfaced quickly that the Warriors wouldn’t be making the trip but, since then, that stance has proven to be inaccurately reported and head coach Steve Kerr recently shed light on where things stand.

?We haven?t been invited. And so if we?re invited, we?ll definitely have a discussion. You know, I?ve been outspoken about Trump, our players have been as well. But my whole thing is?I would want to talk to the team and entertain the idea of going out of respect for the institution, out of respect for the office itself, and maybe as a good gesture to the rest of the country that is so divided right now that maybe it?s like, hey, let?s actually, you know, try to do something that?s unifying, whether you like the person in the office or not.?

It is very important to note that the Warriors must, in fact, be invited by the White House to even think about making the trip to the nation’s capital. From there, the team would have a real decision to make, especially in light of the way that Kerr acknowledges that he feels about the current president.

?It?s important to me that there?s a respect for the office and for the institution, and that?s why I would consider going. But I will be perfectly blunt and I know I?ll anger people by saying this, but I want the man who?s sitting in the office to respect that office, too, and that means being above the tweeting and the nasty personal insults and trying to unify the country instead of trying to divide us, and I feel like he?s trying to divide us.?

The country is certainly divided but, until the Warriors are offered the opportunity to visit the White House, it appears there is no real decision to be made.