Warriors get to keep their super team with latest reported agreement 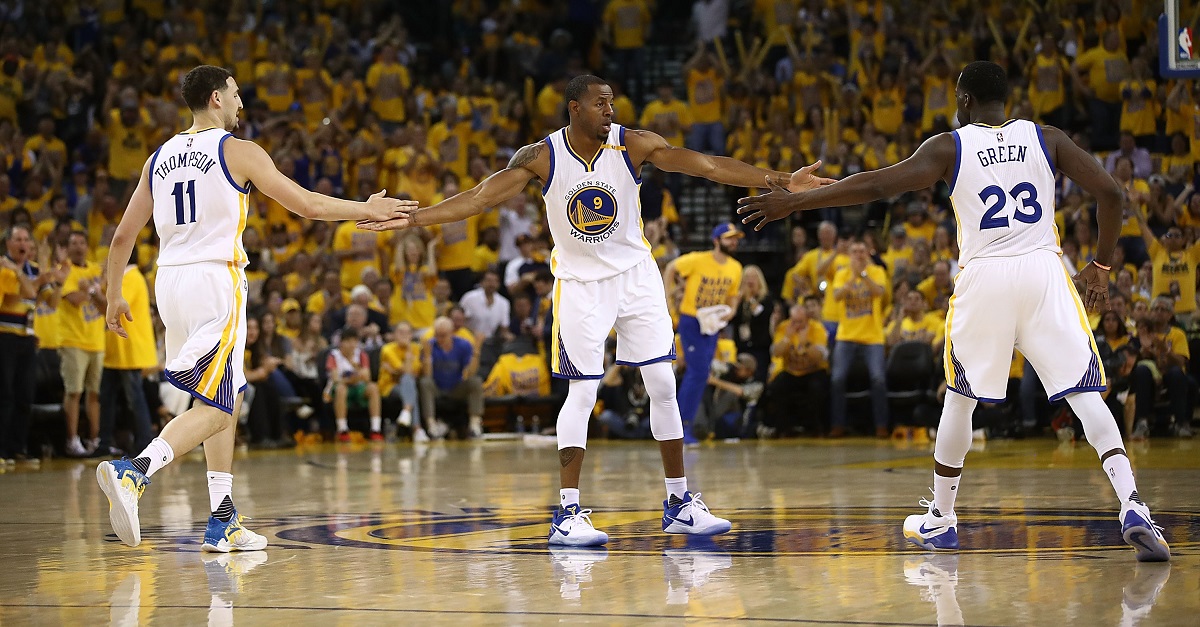 Ezra Shaw/Getty Images
OAKLAND, CA - MAY 02: Klay Thompson #11, Andre Iguodala #9 and Draymond Green #23 of the Golden State Warriors react against the Utah Jazz during Game One of the NBA Western Conference Semi-Finals at ORACLE Arena on May 2, 2017 in Oakland, California. NOTE TO USER: User expressly acknowledges and agrees that, by downloading and or using this photograph, User is consenting to the terms and conditions of the Getty Images License Agreement. (Photo by Ezra Shaw/Getty Images)

Most people thought that if there was going to be one Golden State Warrior who ended up not sticking around for another year, it was going to be Andre Iguodala. However, it looks like the Warriors upped the ante on their initial offer after Iggy took some meetings and gave him enough to retain his services for at least another three years.

The 33-year old Iguodala was considering offers from the San Antonio Spurs, Houston Rockets and Sacramento Kings as well as the Warriors. He averaged  7.6 points, one steal, 3.4 assists and four rebounds a game last season in the regular season, but was a huge reason defensively why the Warriors were able to snag their second Finals trophy in three years.