The WNBA playoffs blasted off with an electric, explosive first round of play and the stage is set for a nail-biting WNBA semifinal round.

The first games, in the best of five series, will tip-off in Las Vegas at the Mandalay Bay Michelob Ultra Arena where the Las Vegas Aces will host the Seattle Storm, followed by the Chicago Sky facing Connecticut Sun at home. And if the 2022 WNBA playoffs have taught us anything so far, it's to expect a show. 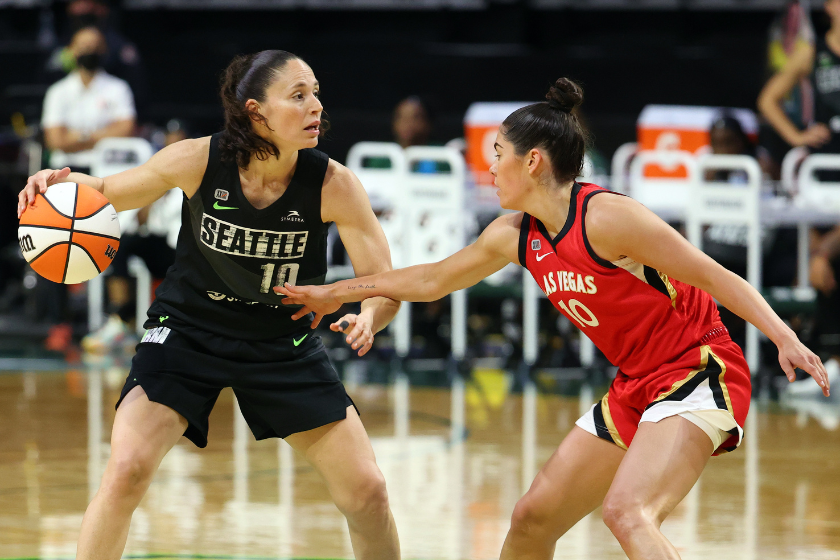 The star power in the Aces vs. Storm series is one for the record books, as these two squads face off in a rematch of the 2020 WNBA Finals. The Aces swept Diana Taurasi and the Phoenix Mercury in the first round, as the Strom blew through the Washington Mystics.

There are a whopping seven No. 1 draft picks between the combined teams. Seattle's Sue Bird (2002), Tina Charles (2010), Jewell Loyd (2015) and Breanna Stewart (2016), and from Las Vegas we have Kelsey Plum (2017), A'ja Wilson (2018) and Jackie Young (2019). Seven is this series's magic number because out of the 22 powerhouses named to the 2022 WNBA All-Star Game, you'll watch seven of them battle it out in this match-up: All-Star game MVP, Plum and her Aces' team captain Wilson, and teammates Young and Hambry against Seattle's captain and 2022 league leading scorer, Breanna Stewart (averaging 21.8ppg) and her teammates Bird and Loyd. If that's not enough to make you tune in, how about these enticing postseason storylines? 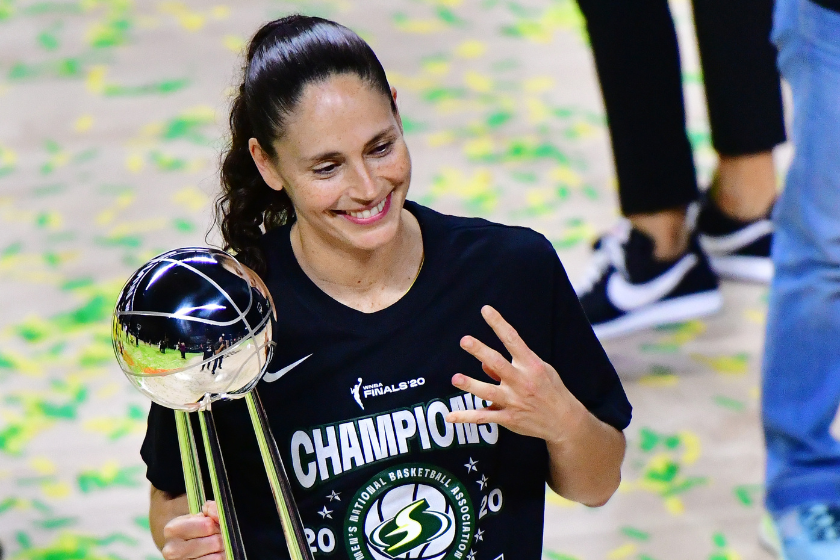 It's been a season of lasts for the legendary baller, last home opener, last home game of the regular season, and last playoffs appearance. Can Sue Bird put an elusive exclamation point at the end of her illustrious career? Advancing to the semi-finals gives Bird the opportunity to give her devoted Seattle fans at least one more performance at home.

If Bird and the Storm can steal a game in Vegas before heading home for game 3, the odds will increase to keep Bird's ring hopes alive by advancing to the WNBA Finals. The ultimate goal? Hoisting the Finals trophy triumphantly in the air and becoming the first franchise with five WNBA championship titles.

The Aces may be feeling a wee bit salty after their 2020 Finals loss, as Seattle swept them 3-0. Can their first-season coach and winner of the 2022 WNBA Coach of the year, legendary Becky Hammon, help guide the Aces to their first WNBA Finals win in franchise history?

The women of Las Vegas showcased their skills in the second annual 2022 Commissioner Cup Championship game, in what many called a Finals preview, beating the host Chicago Sky, 93-83. Plus, the Aces beat the Storm in both of their hair-raising August meetings. With the regular season number one shooter (21.8 ppg) Breanna Stewart facing the number two shooter (20.2 ppg) Kelsey Plum, we're guaranteed to witness a shooting-palooza in this series.

Both teams rely heavily on the point from beyond the arc too. Seattle ranks second with 33.6% of their points generated from their 3-point shooting, and Las Vegas didn't trail far behind in the fourth spot with 31.6%. If both teams are firing with accuracy behind the arc, we will be in for an explosive shootout. And if the Aces can use the chip on their shoulder from that 2020's finals losing Storm sweep, they'll inch closer to a monumental season and franchise first Finals W. 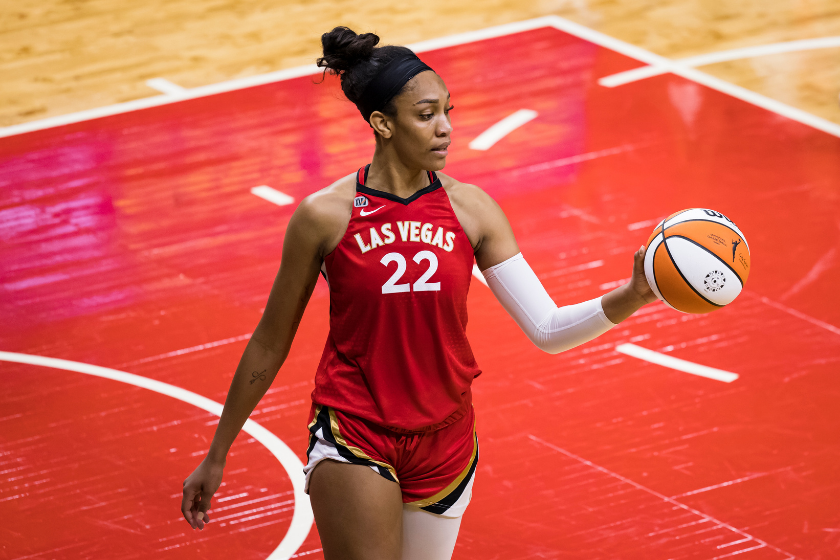 All season the fight for league MVP has been a hot topic, and it comes to full display this series. Fans will be treated to a possible five-game showcase of the top MVP candidates, A'ja Wilson and Breanna Stewart. Both women have been electric this season and have been awarded the honor before, Stewart in 2018 and Wilson in 2020.

Speaking of the latter, we've talked a lot about Stewart's shooting, but the league's likely Defensive player of the year, A'ja Wilson, has played exceptionally well this season on both ends of the court. She's already had notable showings against Seattle in the regular season too, with 13 defensive rebounds against the Storm in May, and a near triple-double in August, with five assists. It is truly a gift to watch these two mega-talents grind it out during this series.

Plus, to elevate the drama, the MVP trophy will most likely be awarded sometime around Games 4 and 5 (if needed) of this series. If the series goes to 4 or 5 games, this will undoubtedly elevate the game being played between these two phenoms.

I can see this series coming down to a Game 5 win-or-go-home, and if it does, we should all be thanking the basketball gods for gracing us with such inspiring play from these dynamic athletes. 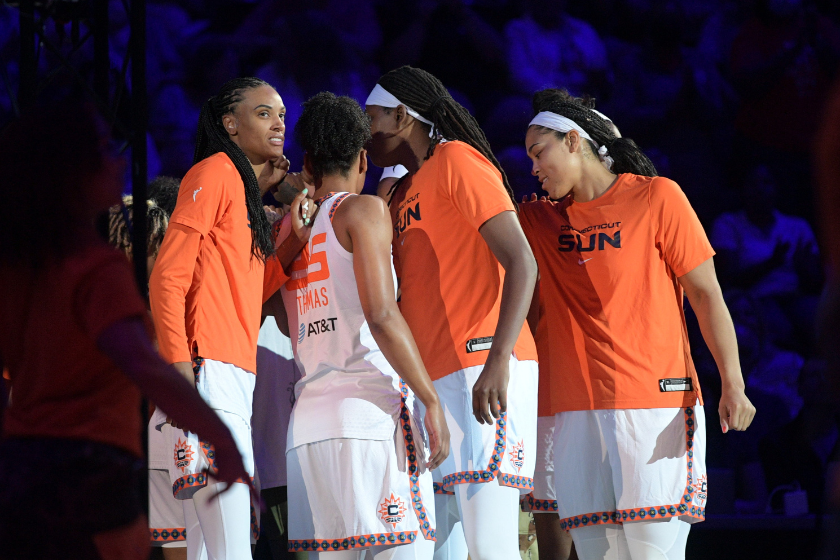 Sports deja vu has delivered us a back-to-back semifinals matchup with the Sun and the Sky, who defeated the Dallas Wings and New York Liberty in the first round. The defending champion Chicago will host the Sun for game 1 of the best of five series. The Sky beat the Sun last year to advance to the Finals, where they won their very first franchise championship title. Will history repeat itself yet again, or will the Sun shine so bright they eclipse the Sky and advance to the Finals, attempting to win their first franchise championship? I'd apologize for all the puns, but it's low-hanging fruit in this series thanks to the Sun and the Sky, and I can't help but pick it.

Connecticut has the league's regular season's 2nd best defense and defensive stops will be essential in beating the returning champs. If the Sun can beat the Sky at the boards and hold Kahleah Cooper, Candace Parker and Courtney Vandersloot from shooting rainbows, they'll have a good shot at avenging last year's loss. The Sun lost to the Sky in the regular season by such narrow margins, clutch D could be the game changer. 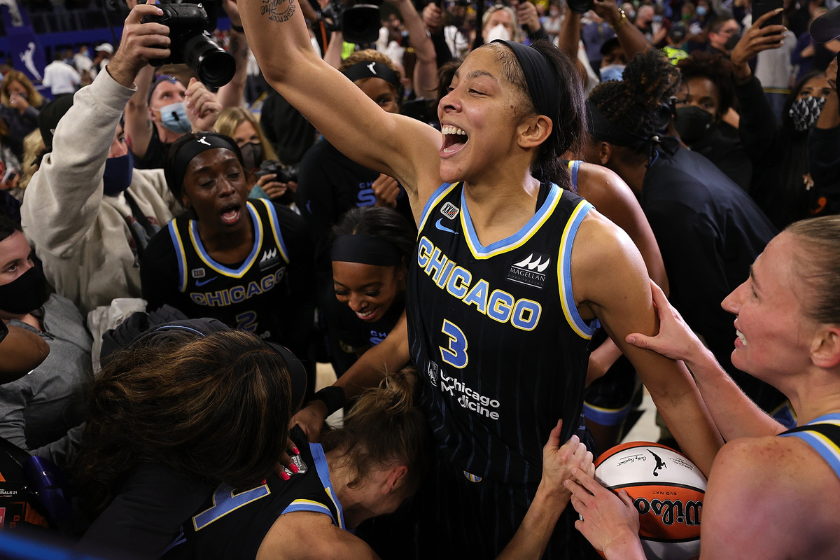 RELATED: The 18 Greatest Women's Basketball Players to Ever Step on the Hardwood

There's a reason this storyline has been talked about over and over again this post-season; it's rare to accomplish back-to-back championships. In fact, the last time we saw back-to-back wins in the WNBA was over 20 years ago when the Los Angeles Sparks did it in 2001 and 2002. Teams have tried, time and time again, and fallen short, giving the statistical edge of a repeat to the Sun blinding the Sky's history chasing finals run.

It'll require Connecticut's D and Jonquel Jones to step up and deliver one hell of a series performance to stop the Sky's pursuit. We'll just have to wait and see if we're watching a revenge story or a repeat.

The caliber of these four teams is unparalleled and as we watch the stories unfold we, as fans, can expect to see the highest quality women's basketball in the world. These women are explosive, accurate, passionate and they grind it out on the hardwood for a full 40 minutes. So make plans to sit down and cheer on these athletes and fall in love with the WNBA.

There's a reason why this 2022 season was the most-viewed regular season since 2008. If you're not watching, you're missing all the magic. New to the WNBA? Tune in to these semi-finals matchups. I promise you'll see what all the fuss is about.