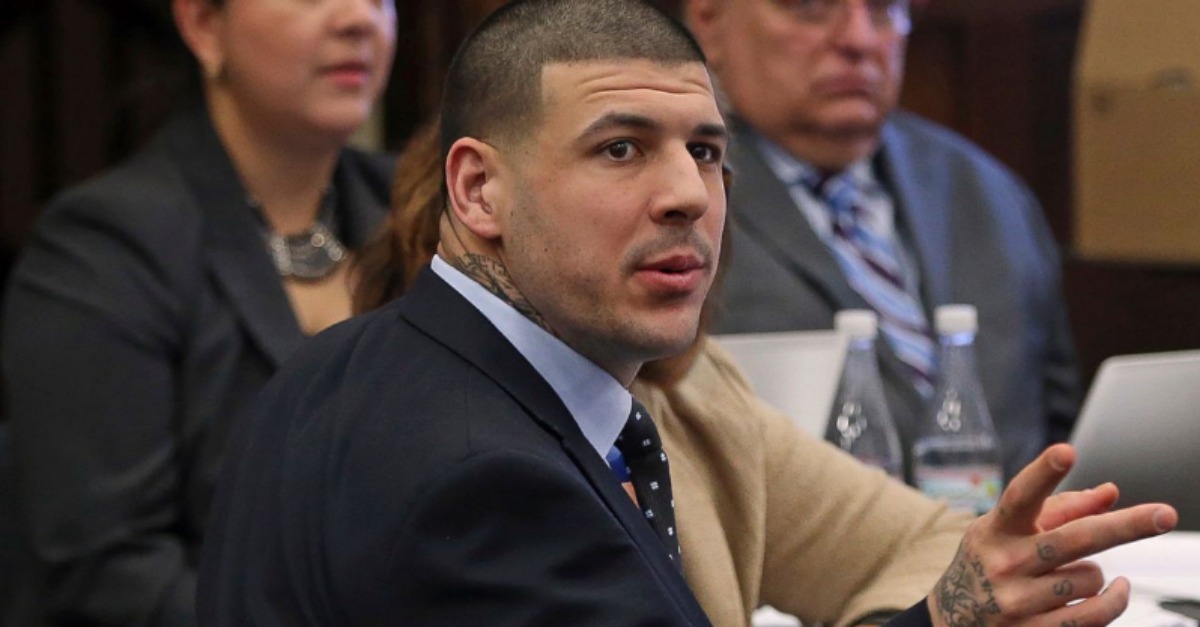 It has been months since Aaron Hernandez took his own life while in prison but the saga of the former New England Patriots tight end continues. His death was officially ruled a suicide soon after it took place but, in the months since then, more and more information about Hernandez’s troubling mental state has trickled to the surface to provide additional context.

Now, Hernandez’s lawyer has made a bold and important claim, indicating that medical testing revealed that Hernandez had a “severe” case of CTE upon his death.

In addition, Hernandez’s TMZ reports that Aaron’s fiancee, Shayanna Jenkins-Hernandez, is now suing the New England Patriots as a result of the revelation that CTE was present on behalf of his daughter, per ESPN.

The lawsuit reportedly alleges that “Aaron had stage 3 CTE usually seen in players with a median age of death of 67 years” and the full scope of the document will certainly be interesting when it becomes public.

Response to this, both inside and outside of the game of football, will be quite intriguing, especially in light of the cases of Junior Seau, Dave Duerson and others in recent years. The CTE issue clearly is not going away and, in this case, it was seemingly present in Aaron Hernandez.