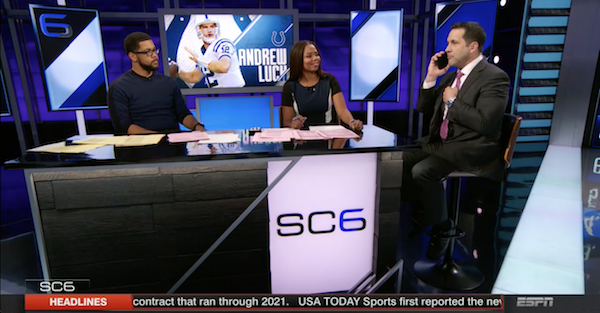 Schefter made an appearance on SportsCenter to discuss the Indianapolis Colts placing Andrew Luck on injured reserve, and he received a phone call during the segment. In typical Schefter fashion, he asked co-hosts Michael Smith and Jemele Hill if he could take the call, and they sat there in silence for about 20 seconds while Schefter talked to an unknown source.

Schefter wouldn’t reveal who he was speaking to, and he left the audience and anchors hanging.

If it’s something important, he’ll probably tweet it at 4 a.m. and break the story. It’s not often you see silence on a sports talk show for that long, but you can’t expect Adam Schefter to ignore what could be an important phone call.