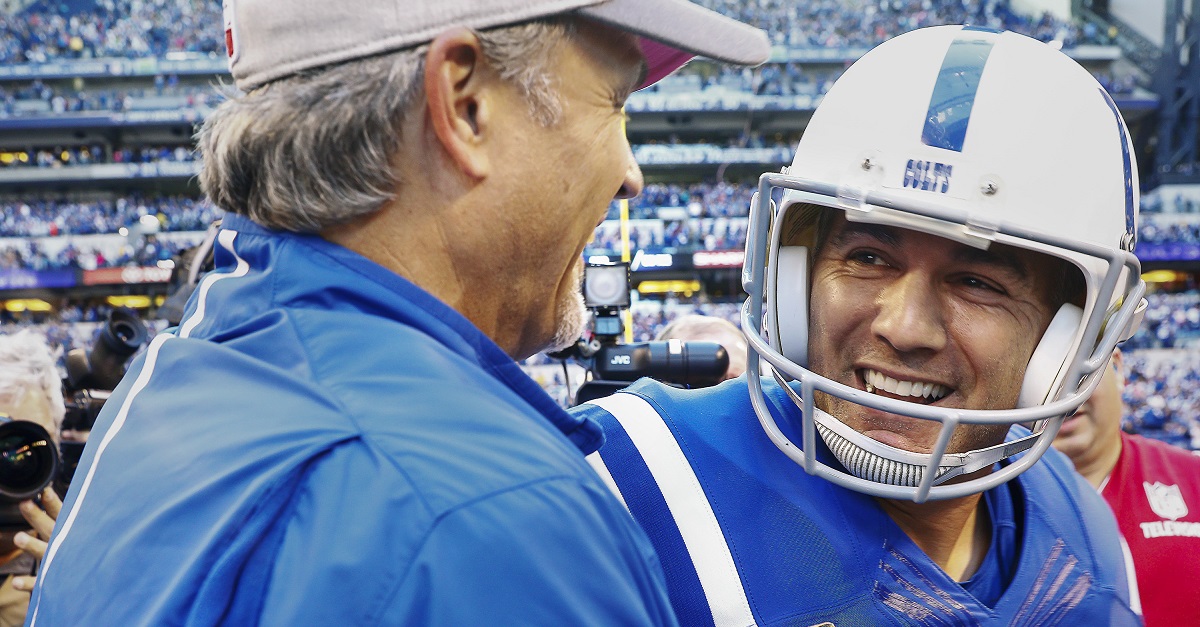 Four-time Super Bowl champion, 45-year old and legendary kicker Adam Vinatieri knew that he wanted to return for another year to play football, but he still had to get a deal done with a team to make it possible. It looks like that has happened as his current team in the Colts have reached an agreement with him.

Colts and kicker Adam Vinatieri officially have reached agreement on a one-year deal, per source. Back to break the all-time NFL scoring record.

And with the re-signing, Vinatieri is now in a good spot to become the league’s all-time leader in points scored.

Most Points in NFL History

Vinatieri is famous for his time in New England as well as Indianapolis. He’s had some pretty clutch moments with both teams and has spent 22 seasons in the NFL. His 23rd season could prove to be the biggest one though if he does pass Morten Anderson. And with a new head coach and hopefully getting Andrew Luck back to win some games, Vinatieri could go out as a winner too.