After cementing himself as a Michigan Wolverines legend, Aidan Hutchinson is about to embark on his next journey: the NFL.

The Heisman Trophy runner-up, consensus All-American and sack expert wearing the No. 97 jersey in Ann Arbor set records before officially declaring for the 2022 NFL Draft.

None of what Hutchinson has done in his time in the Big Ten, including setting the single-season sack record, would have been possible without his drive, determination and work ethic-- all of which was instilled in him by his loving parents, Chris and Melissa Hutchinson.

Most college football fans remember Aidan's father Chris Hutchinson for his days donning the same number on Michigan's football teams during the early '90s, but Melissa was just as instrumental in raising her star athlete. 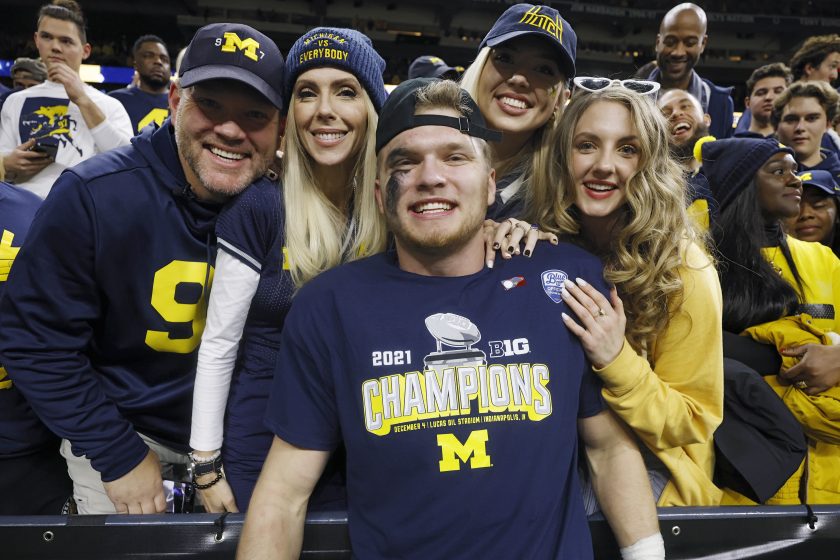 Melissa is more than just the mother of an NFL Draft prospect. She's an artistic photographer, a wife and a mother to two other children, daughters Mia and Aria.

The Hutchinsons are about as Michigan as it gets. Melissa met her husband, Chris Hutchinson, at the school back when he was beating up on Ohio State as the team's captain. Chris briefly played in the NFL and now serves as an emergency room doctor.

Aidan's two older sisters also attended and graduated from the University of Michigan. Naturally, the family was a constant in the stands at Michigan Stadium cheering on their star defensive end.

Melissa worked as a professional model after graduating college, according to MGoBlue.com, but now spends her time working on her pretty impressive photography.

She also has nearly 5,000 followers on Instagram, but something tells me she may pick up a few more social media fans after her son is drafted in front of millions of viewers.

Additionally, she has served as a brand ambassador for the clothes company Savvi.

She Protested a Big Ten Decision in Support of Aidan 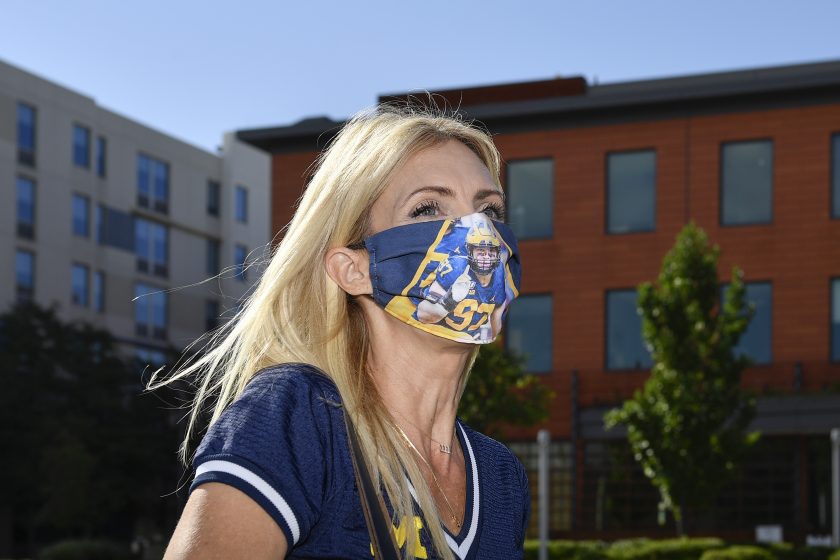 In the wake of the Big Ten's decision to cancel the 2020 college football season amid the coronavirus pandemic -- which was later reversed -- Melissa was the lone Michigan football parent to protest the conference's decision.

Along with some 30 parents from other Big Ten schools, she flew to Chicago to ask Big Ten Commissioner Kevin Warren questions about canceling the season. Why? To back her son, who was quite pissed off.

"I would say my emotions are just frustration. I'm just infuriated," Hutchinson said on ESPN's Marty Smith's podcast in 2020. "They made this decision without talking to us. The commissioner, our president -- there were no words exchanged asking our thoughts on whether we wanna play. Because, at the end of the day, we're the ones playing the game and they didn't ask us for our opinion and it's super frustrating to find out one day that our president voted for us not to have a season when I've never seen that guy in my three years here at Michigan. So, you know, it was definitely frustrating and felt kinda helpless because there's nothing I can do and us players don't have a voice."

And there was Melissa, who was just as vocal.

"I am glad I went because I couldn't imagine if Michigan weren't there," she told the Detroit News. "We've got 90 families strong behind us. It's important to the parents. Our parents are supportive and all-in."

Melissa and the rest of the family are just as excited as Aidan is to be in Las Vegas for this year's draft.

A week before boarding the plane with him to Sin City, she shared a message about her son on Instagram.

"One week until we board that plane to Vegas. Had a little taste of it last week during an ESPN shoot we were honored to be a part of...I thought this image was such a poignant foreshadowing here as Aidan stands overlooking the city that will host one of the most extraordinary nights of his life. I could write a book about our experience so far, but for now, all I can say is meeting and working with some of the most incredibly kind, hard-working, beautifully-spirited people has by far been some of the greatest experiences of my own life in the last 6 months. As you can imagine, this is all pretty surreal for our family, definitely unchartered territory....I say this over and again, but gratitude runs deep for all the support."

Aidan has all the support in the world behind him, and he always has. And he never forgets to make sure his parents know that.

"My rock... words can't describe how grateful I am to have a mom like you. Happy birthday Momma!!" he wrote for Melissa's birthday in 2020.

Aidan Hutchinson has already made Michigan football proud. He is going to be drafted as one of the night's first defensive players off the board. He's going to become a millionaire. Whether that's to the Jacksonville Jaguars, Detroit Lions or any other team, he knows he'll have his backbone behind him.