Back in 2018, before his big pay day, Jared Goff was asked during an interview with ESPN whether he could see himself raising a family in L.A. The former Los Angeles Rams quarterback replied honestly, saying, "I need a girlfriend first."

Well, it didn't take too long for Goff to check that box off, as the 28-year-old NFL quarterback landed himself a Sports Illustrated Swimsuit model girlfriend. 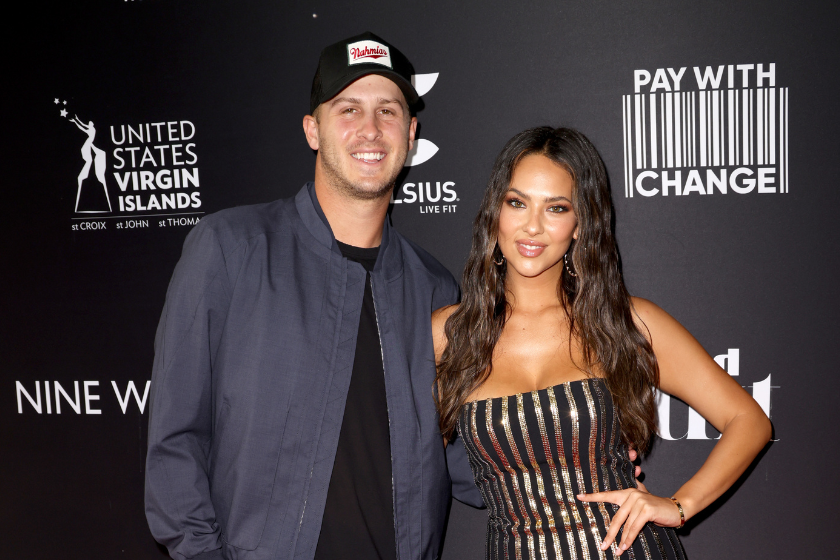 RELATED:Zach Wilson, the New York Jets QB, Appears to Have Found a New Girlfriend After a Summer Full of Cheating Allegations

Jared Goff's girlfriend Christen Harper has been with the Detroit Lions quarterback for over two years, with the two having been rumored to be a couple for the first time in January 2019. Harper was in attendance during the Rams' clash with Tom Brady and the New England Patriots in Super Bowl LIII, sporting Rams gear and cheering on her NFL star.

The pair also appeared together at the ESPY Awards together that year, essentially confirming they were an item.

Prior to going public as a couple, Harper was spotted at the 2019 NFC Divisional playoff game between the Rams and the Cowboys, though she didn't sit with Goff's family during the outing, according to SportsGossip. 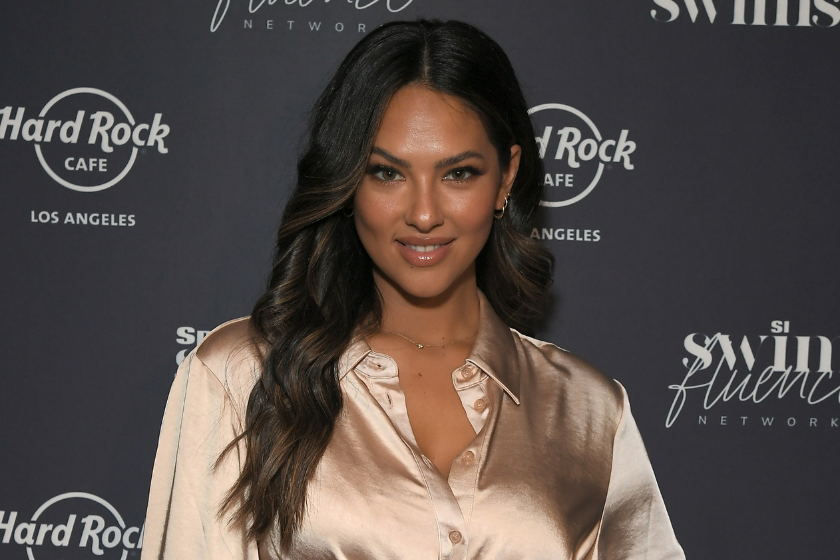 Model Christen Harper has an impressive social media following, boasting over 350,000 followers on Instagram, where she frequently posts swimsuit-clad photos, as well as pics of her and the No. 1 overall pick of the 2016 NFL Draft.

She is represented by modeling agencies Wilhelmina as well as LA Models. Harper was trending last year after she revealed on her social media channels that she had auditioned for the Sports Illustrated Swimsuit edition. She ended up making the cut for the 2021 SI Swimsuit issue. The 28-year-old also has a popular Facebook page, which has 4 million followers. Clearly, Harper is a social media superstar.

The swimsuit model is also an aspiring actress. The 29-year-old is featured in the 2019 sci-fi film "Auggie," as well as appearing in HBO's "Hard Knocks" and an episode of HBO's "Entourage." Harper also held acting roles in films including "Seven's Eleven" and "The Obituary of Tunde Johnson."

According to reports, Christen Harper has amassed a net worth of $1.5 million through her ventures in modeling and acting.

Goff isn't the first athlete Christen Harper has close ties to. Harper has a brother, Shane, who played a brief stint in the NHL for the Florida Panthers. Prior to dating Jared Goff, Harper was also reported to be in a relationship with Colorado Rockies minor-leaguer Andrew Rohrbach from 2013-2015.

Former Los Angeles Rams quarterback Jared Goff got a fresh start to his NFL career in 2021. After being dealt for longtime Detroit Lions QB Matthew Stafford, Goff hasn't had the best start to his tenure as the starting QB for Dan Campbell's Michigan team. However, his Super Bowl experience should help against AFC North rivals Green Bay Packers, Chicago Bears and Minnesota Vikings.

While some NFL fans may have had some doubts regarding Goff as a starting quarterback, one die-hard supporter has never lost faith in the University of California product: Jared Goff's girlfriend Christen Harper.