AJ McCarron has reportedly filed a grievance against his own team 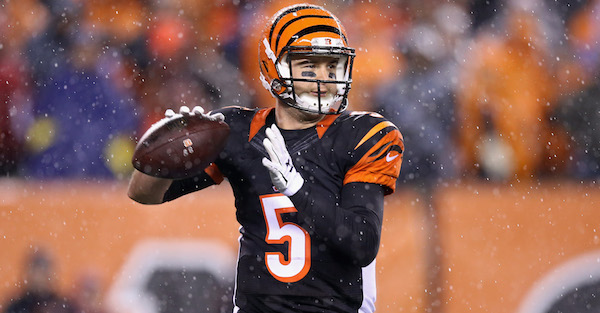 The move was expected to give McCarron — who has spent the majority of his first two seasons as a backup — the opportunity to become a franchise quarterback. But the former Alabama standout isn’t letting it end there.

According to ESPN?s Adam Schefter, McCarron has filed a grievance against the Bengals and will attempt to become an unrestricted free agent, rather than wait for a trade next offseason. The decision would prevent the Browns from having to send Cincinnati back compensation if they do choose to sign the quarterback.

McCarron claims the franchise mishandled his shoulder injury, which prevented him from entering free agency one season earlier.

If McCarron becomes a restricted free agent, however, Cleveland would then be able to attempt to trade for his rights. According to Schefter, an arbitrator is expected to make a ruling at some point during the winter.

McCarron is currently listed as the Bengals’ No. 2 quarterback behind Andy Dalton entering Sunday’s game against the Jacksonville Jaguars.