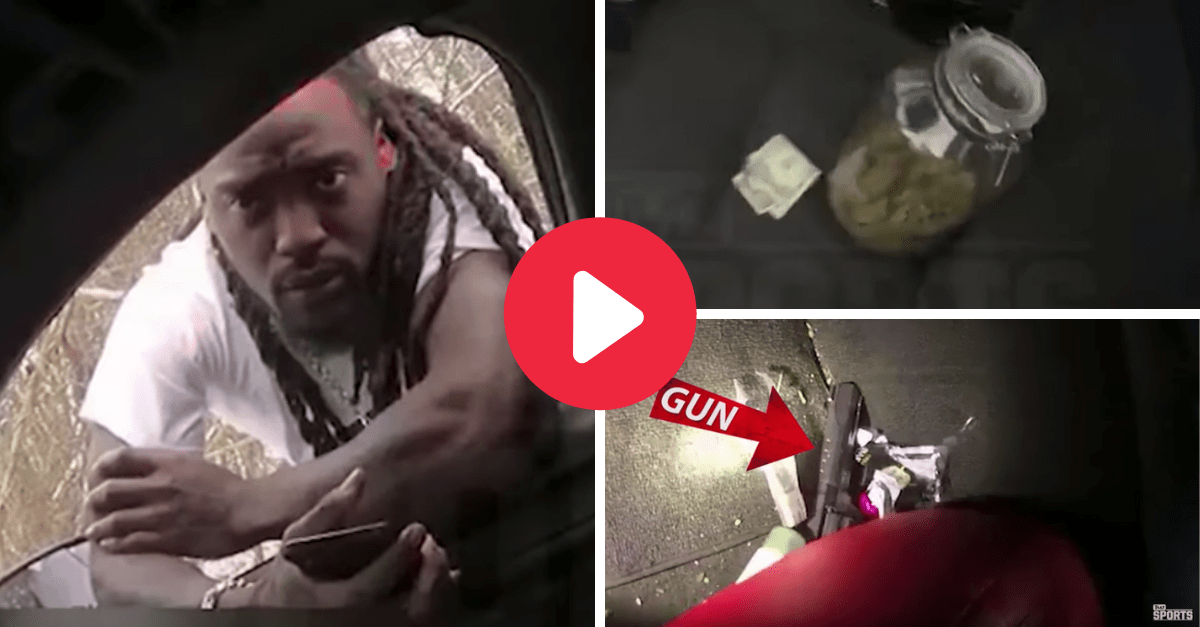 Back on March 1, 2019, the Baltimore Ravens released running back Alex Collins after he was arrested in Owings Mills, Maryland. According to a Baltimore County police report, the then-24-year-old crashed his black Chevrolet Corvette around 4 o’clock in the morning when it slid off an icy road and into a tree. Officers arrested Collins after finding about five ounces of marijuana and a handgun under the floorboard of his car.

Needless to say, football was put on hold. The NFL slapped him with a three-game suspension after Collins spent the summer fighting the felony charges. According to TMZ Sports, he agreed to a plea deal in October and pled guilty to misdemeanor charges of possession of a handgun and possession of marijuana. TMZ later obtained video of Collins’ arrest, and, well, watching Collins and his friend rat each other out doesn’t exactly make this situation look better.

In the body cam footage, Collins cooperates with the officer, who initially writes him a citation for expired tags. The police officer later springs this question on him: “How much marijuana do you got in your car? Just be honest with me because I’m going search it. I can smell it.”

Collins stumbles, then says of the weed, “It’s not mine.” He claims it was his friend’s who walked to his nearby house after the crash. That man, Tykheem “TJ” Dunaway, returned to the scene and, well, the jar of weed must have appeared out of thin air because T.J. denied it was his, too.

“It’s [Collins’],” Dunaway said. “I didn’t know it was in the car until it crashed because we were coming from a party.”

After finding a gun under the driver’s side floorboard, Collins was placed in handcuffs and arrested while his crashed Corvette was pulled from the ditch.

A fifth-round pick in the 2016 NFL Draft, Collins played his rookie season with the Seattle Seahawks before playing the last two with Baltimore. In 2017, the former Raven ran for a career-high 973 yards and scored eight total touchdowns. While in college football with the Arkansas Razorbacks, Collins racked up 3,703 rushing yards over three seasons, which ranks second on the school’s all-time list behind only Darren McFadden.

Time will tell if and when Collins gets another shot at pro football. But after this video, it’s highly unlikely the 25-year-old free agent finds a job in the near future.