Mike Tyson Smokes $40,000 of Weed Monthly at His Ranch 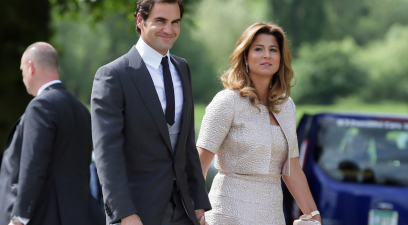 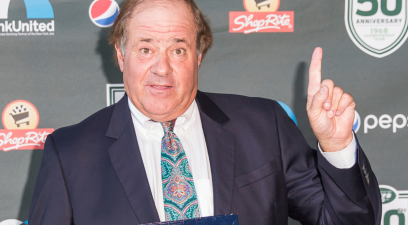 Chris Berman’s Net Worth: How ESPN Made “Boomer” Very Rich Boxing legend Mike Tyson was once known as “The Baddest Man on the Planet.” He more than lived up to that nickname as the former heavyweight champion of the world inside the boxing ring and an infamous personality outside of it. Tyson’s had more ups and downs than a record-setting roller coaster, but he’s made amends in recent years to show the world that he’s more than just a vicious-punching former boxer.

In fact, Mike Tyson is becoming a weed connoisseur of epic proportions, and this unbelievable next step in his career begins with a 400-acre farm called Tyson Ranch.

When it opens in El Segundo, California, Tyson Ranch is going to feature a luxury hotel, retail stores, an amphitheater for music festivals, and facilities for glamping, which is just a millennial’s way of saying “glamorous camping.” On top of that, Tyson University will be constructed to teach aspiring weed farmers how to cultivate cannabis on their own land.

Oh, and it’ll have the world’s longest lazy river so you can fire up some dank and bake in the California desert.

And although it sounds like Tyson grows acres upon acres of sticky icky here, it’s actually the opposite. GQ’s Alex Pappademas points out that the cannabis resort in no way grows or processes their own strains of marijuana. They do, however, produced “Tyson Ranch-branded containers” in which “the best AAA indoor flower California has to offer” can be stored by independent, third-party growers.

Even though he doesn’t grow it, Tyson revealed on his podcast — beautifully titled “Hotboxin’ with Mike Tyson” — that he and his friends do smoke $40,000 worth of weed every month at Tyson Ranch. Co-host Eben Britton, a former offensive lineman and the 39th overall pick in the 2009 NFL Draft, claimed the ranch goes through “ten tons of weed a month.”

Here’s a little weed math for you because I’ve never smoked weed and have no idea how much it costs (wink).

One ounce of weed in California averages about $230, according to High Times, but this is Mike Tyson. He’s not smoking average buds. Let’s say he’s smoking the $300 an ounce-range buddha. Using the power of math, 10 tons of grass equals 320,000 ounces, which means Mike Tyson and friends would be smoking in the ballpark of $90 million of weed every month.

I think Eben Britton needs to lay off the good stuff…

Originally called Tyson Holistic (now its called The Ranch Companies), the cannabis company is setting itself up for a piece of the recreational marijuana pie that’s projected to be a $4 billion-plus industry in California by 2025, according to GQ.

With the incomparable Iron Mike leading the way and business partners like branding entrepreneur Rob Hickman, there’s no reason this company, which also plans expansion into CBD dog treats and hemp oil muscle rub for recovery, as well as working with marijuana-related supply stores, couldn’t be a million-dollar entity over the next decade.

This article was originally published August 14, 2019.