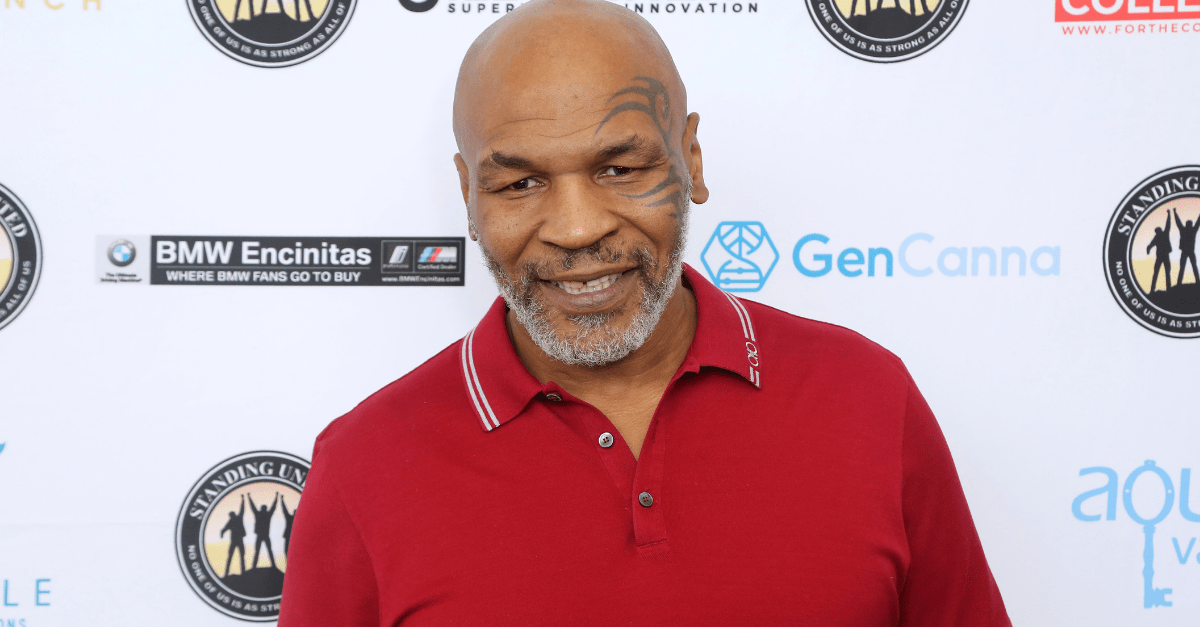 Guest speakers visiting college football teams during fall camp is nothing new. Choosing them, however, creates its own set of challenges. Why are they important? Why would a bunch of 18-to 22-year-old kids want to listen? What message does this team need to hear?

When head coach Nick Saban makes his choices, the common theme is always overcoming adversity. In the past, former MLB player Darryl Strawberry and former NBA player Chris Herren, both of whom faced personal struggles while being star athletes, visited Tuscaloosa to deliver messages to the Alabama Crimson Tide football program. In 2019, the fighter known as “The Baddest Man on the Planet” came to town, and his story couldn’t have been more perfect for this year’s Tide team.

Mike Tyson is one of the greatest boxers to ever live. The former undisputed world heavyweight champion won 50 of his 58 professional fights with a devastating right hand that dropped 44 of his opponents via knockout.

Infamously known for his face tattoo, three-year prison sentence for a rape conviction, and biting part of Evander Holyfield’s ear clean off, Tyson knows about public perception and adversity more than most. It’s reasons like these that made him the perfect guest speaker for the 2019 Alabama football team on Thursday night.

“It was all an illusion. I had no reason to show love to anybody. The more I hurt people, the more people loved me. The more I knocked guys out, the more I broke their ribs, broke their eye sockets, the more people loved me. So what was I to think? I hurt everybody. I hurt women. I hurt my friends. I hurt strangers. I had no concept of myself. I didn’t know who I was. I was this boxer who hurt people. I always had to be ‘Iron Mike.'”

“It was all an illusion.”

“The more I hurt people, the more people loved me.”

If you ask me, that sounds exactly like the stigma surrounding the Alabama Crimson Tide dynasty.

For the last decade, Alabama is known for beating the snot out of every team in college football. No team has more wins or SEC titles than the crimson and white under Nick Saban, no program churns out first-round NFL talent like the Tide, and no one continuously plays with target on its back bigger than the one on Alabama’s every single year.

When the program doesn’t meet those expectations ? like being ‘Iron Mike’ and his record eight-straight unified title defenses ? it is crucified by every person in America with a smartphone.

It’s easy to be champion for a short time. But when you’re beating up teams over and over for a decade, you lose your sense of vulnerability. All that winning brings a lot of publicity, which makes you feel invincible. When you think you can’t be beat, you get lazy. When you get lazy, you get punched in the mouth.

Just like Buster Douglas’ upset of Tyson in 1990, Dabo Swinney and the Clemson Tigers rolled the Tide with a 44-16 beatdown in last year’s College Football Playoff National Championship Game.

RELATED: Every Die-Hard Alabama Fan Needs to Watch This Video

Before Tyson’s talk, it was the veteran Alabama coach who perfectly summed up the preseason message to his team heading into the 2019 college football season.

Tyson’s talk included a few pictures, life lessons on making the right choices, and even questions from Alabama players. One response even caused the room to burst out in laughter.

“When I conquered everything I wanted to conquer, I wanted to conquer myself,” Tyson said. “I became a drug addict and lost all my money. Just more pain. I got in a situation where I was bankrupt. I lost $400 million. Can you imagine that s—?”

Never a dull moment when Iron Mike Tyson walks into the room, huh?