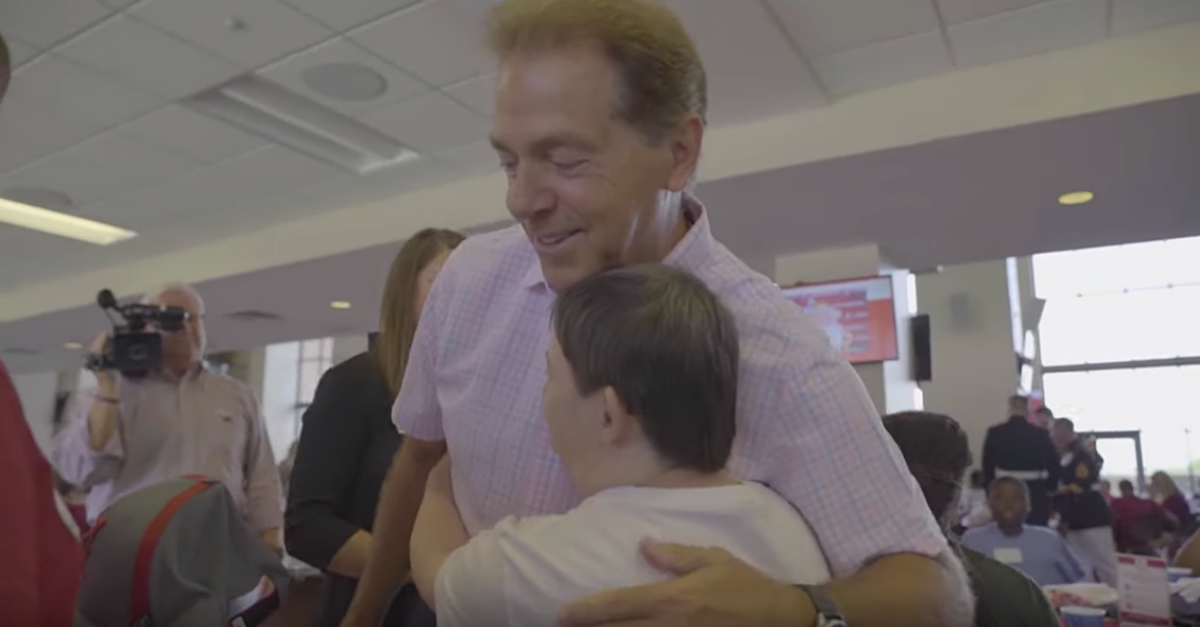 Preparing for redemption during the 2019 college football season might be what some Alabama Crimson Tide fans are focused on, but for Nick Saban and his wife, the incomparable Miss Terry Saban, football is just a small part of life’s mission.

The annual Nick’s Kids Foundation Luncheon was held on the eve of Alabama football’s fall camp (finally) beginning on Friday, August 2. Inside the Zone at the north end of Bryant-Denny Stadium, Nick’s Kids Foundation announced more than $560,000 in life-changing donations to 138 organizations to help support children’s needs and set them up for successful lives.

The Sabans’ non-profit organization, which launched in 1998 when Saban coached at Michigan State University, has donated more than $8 million to date. According to TuscaloosaNews.com, the foundation collects and distributes an average of about $500,000 every year.

“We are very proud of the fact that we are going to give away a half million dollars today,” Nick Saban said.

In addition to taking pictures and meeting with about 400 people on Thursday, the Sabans honored Habitat for Humanity of Tuscaloosa Director Ellen Potts with the ‘Nick’s Kids Foundation Lifetime Achievement Award.’ The two organizations have partnered to build 17 Habitat homes since 2011.

“We are so fortunate that the Sabans came to the University of Alabama because they have raised the standard for generosity in the community,” Potts said.

In addition, the foundation donated $100,000 to build the Nick’s Kids Foundation Playground. Construction of the all-inclusive park will be led by the Tuscaloosa County Park and Recreation Authority.

Special moment between an #Alabama fan and Tide QB Tua Tagovailoa and TE Miller Forristall at Nick's Kids today. It's precious to see player's smiles while impacting the lives of so many. #RollTide @CBS_42 @RonGSports @Tuaamann @mcforristall pic.twitter.com/7dOsKEiTV6

Football built Nick Saban’s reputation as six-time national championship-winning head coach, but it’s his work off of the field that will truly define his legacy. During the event, Saban recalled the lessons of his father, Nick Saban Sr., which should resonate with all of us, Alabama fan or not.

“The motto is ‘no one stands as tall as the man who stoops to help a child.'”

WATCH: Every Die-Hard Alabama Fan Needs to See This Video