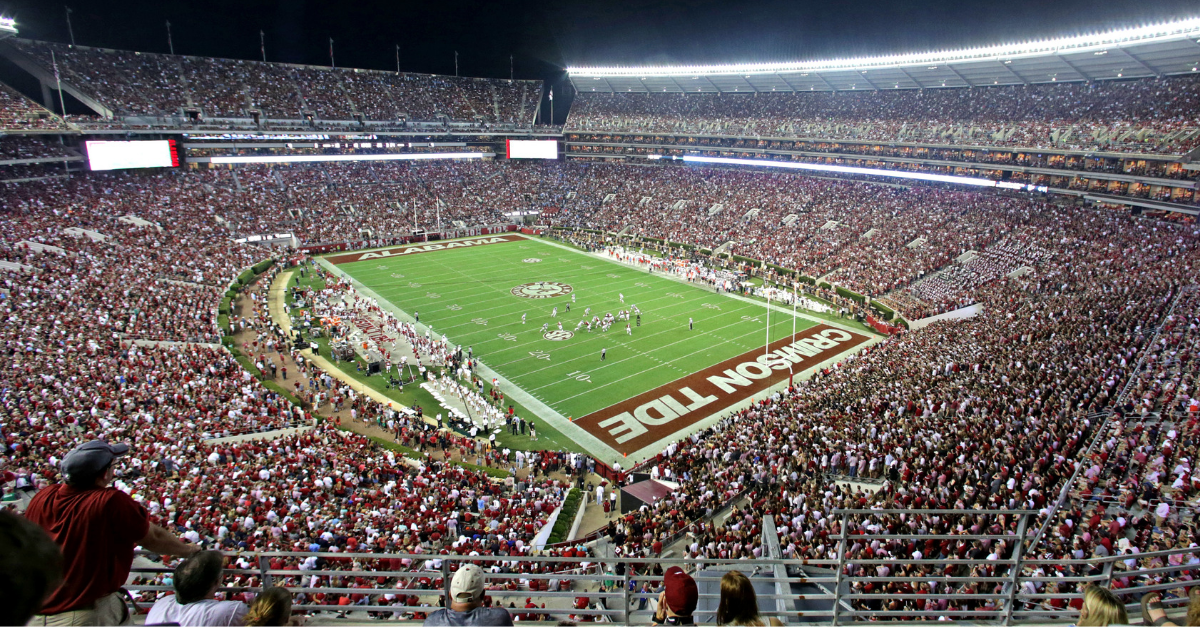 When the University of Alabama unveiled their plan back in August 2018 for renovations to several major athletic buildings across campus, they were embarking on a $600 million project dubbed “The Crimson Standard.” Initial details of the project were vague, only offering a three-dimensional fly-through video and some basic information on how the project would be funded.

The massive project is expected to take several years to complete and bring Alabama athletics as a whole even higher up the ladder as one of the premier universities in the country. Three phases were announced, but the first is going to tackle the crown jewel of the university: Bryant-Denny Stadium.

The Alabama Board of Trustees approved Phase I of the project last fall, which initially included a $75.5 million upgrade to Alabama’s football stadium. Davis Architects of Birmingham, who have been involved in past work on the legendary pantheon of the Alabama Crimson Tide football dynasty, will spearhead this round of renovations once again.

According to Alabama Athletics Director Greg Byrne, the project is set to begin following the 2019 football season and is scheduled to be finished by August 2020.

However a new proposal, which will be presented to the Board of Trustees this week, is going to significantly change those initial plans. In particular, that final price tag is going way up.

The stadium renovation plan is now expected to cost $92.5 million dollars, according to proposal documents that were obtained by AL.com.

These will be the second round Bryant-Denny Stadium renovations in the last decade alone following a separate $80.6 million expansion project approved back in February 2009, which Davis Architects also handled.

The biggest change from the original plans is removing the student terrace in the south end zone’s upper deck and replacing the four existing video boards with brand new ones that are 60 percent larger. This change in seating capacity will drop BDS below the 100,000-seat mark, leaving only seven college football stadiums that reach the iconic six-figure seating level.

Other proposed renovations include new upgrades to BDS such as:

? The Walk of Champions will be renovated to include a tunnel that leads directly to the locker room behind the north end zone of the stadium.

? The stadium’s press boxes on the east side along the 50-yard line will be transformed into 10 luxury boxes, which will be sold for a modest $5 million a pop.

? New concession stands, restrooms, and “social spaces” with televisions put in at the ground level where students enter.

? Two new stair towers will be built on the stadium’s west side with access to the suites and club levels.

Funding for the project will come by way of $48.4 million in bonds, $25 million from gifts given to the Crimson Tide Foundation, as well as various other donations and reserve funds.

Thursday’s meeting will also include updated renovation plans for the softball program?s Rhoads Stadium at a modest cost $3 million, and the Mal Moore Athletic Facility, which is expected to cost $16.1 million.

As the Crimson Tide dynasty exponentially grows on the field, so must the facilities that drive the engine. When Bryant-Denny Stadium is all finished, it’ll stand as a testament to the continued success of football coach Nick Saban’s program and as a safe haven for every Alabama football fan coming to home games in Tuscaloosa.