Every college football program wants a Nick Saban. Take a trip through the every SEC town, stop in Tuscaloosa's best bar and ask any Alabama Crimson Tide fan and they'll tell you Saban is idolized the way Bear Bryant was there. He's a god. All hail King Saban. If he ran for President, he'd probably win and put together one hell of a staff.

That's what Saban, who grew up in a small town in West Virginia, does. He's a proven winner. His tight-ship method -- similar to the one Bill Belichick is running in New England -- clearly works and every other team outside of maybe Clemson is trying to copy it.

Fun fact: Nick Saban was the Defensive Coordinator of the Cleveland Browns under Belichick for four year, which he later referred to as the "worst of my life."

Don't believe me? Take a look around the country. The SEC even. Four of the SEC's head coaches were Saban assistants at one point. From Saban's head coaching stops at Michigan State (1995-99), with the LSU Tigers (2000-04), the Miami Dolphins (2005-06) and now Alabama (2007-present), he's essentially done what he does with his endless conveyor belt of five-star running back recruits. Seriously. Watch any ESPN highlight reel and you'll see a player or coach who has been through the Nick Saban School of Excellence.

The Saban Coaching Tree Reaches into his Own Backyard 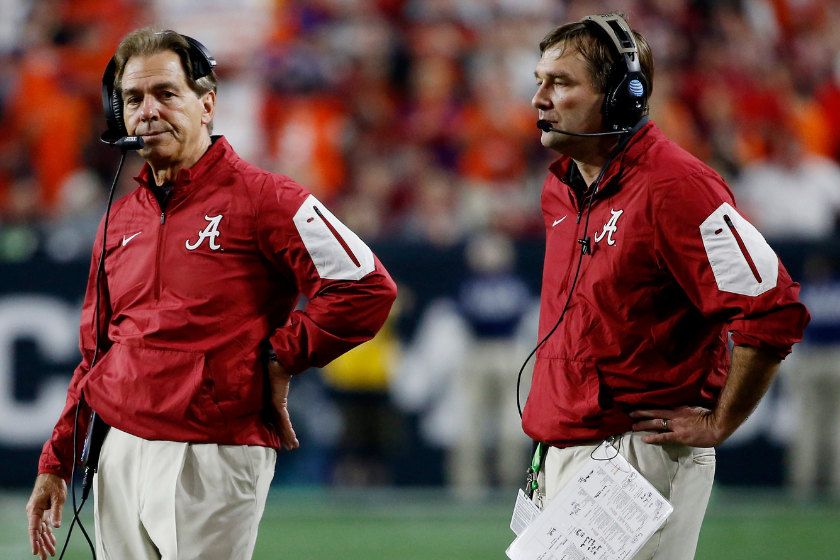 The first shining examples are Kirby Smart and Jimbo Fisher. The latter of the two worked with Saban at LSU and won the 2013 national championship at Florida State University before he landed the head coaching job at Texas A&M. Smart was an Alabama product that has led the Georgia Bulldogs to a 64-15 record and a National Championship Game appearance in six years.

Then you have Lane Kiffin and Billy Napier. Kiffin was Alabama's offensive coordinator from 2014-16 before he went to Florida Atlantic for three seasons and Ole Miss hired him to be its head football coach in 2020. Napier worked as Saban's wide receivers coach at Alabama and is actually one of three Saban former assistants to become the head coach of the Florida Gators (Will Muschamp and Jim McElwain being the others).

To make this extensive tree easier on the eyes, let's just put them all in bullet points. I'll keep it to guys that became head coaches at major programs or the NFL so you're not reading all day. 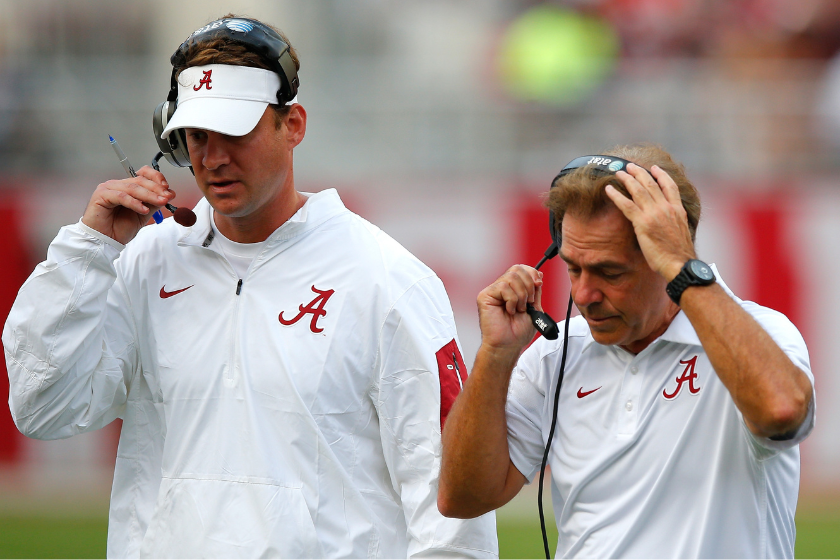 Those are some pretty significant names. Quinn took the Falcons to Super Bowl LI, where Tom Brady led a comeback of epic proportions. Former MSU Spartans head coach Mike Dantonio took the Spartans to the 2015 College Football Playoff, where they lost to (guess who?) Alabama.

In fact, Saban is the master at beating his former assistants. He owns a 25-1 all-time record against them. Jimbo Fisher became the first former Saban disciple to beat his old boss when the Texas A&M Aggies beat the Tide on a thrilling walk-off field goal in 2021.

Part of why Saban's tree is so long is because he's successful. In the same way that NFL teams hire Belichick's assistants to lead their teams, the same goes for NCAA programs. That also means Saban has what seems like a yearly challenge in filling out his assistant coaches after departures.

As coach Nick Saban keeps Alabama where it is -- winning SEC Championship games and competing in the national title game every year -- the Tide doesn't look like it's going to change any time soon, even if they let Clemson win a championship here or there. That means the Nick Saban coaching tree will only grow larger and larger.

This article was originally published May 30, 2019.

MORE: Lane Kiffin's Impression of Nick Saban Cracked Everyone Up