Lane Kiffin is back in the Southeastern Conference as Ole Miss's head coach, and he's already garnered plenty of entertaining moments on the sidelines in Oxford.

There are so many reasons the "Lane Train" has been both loved and hated in college football. He's blasted everyone and everything in tweets on social media. He once nailed a hilarious Saban impression after winning two national championships as an assistant coach at University of Alabama. No one knows what the 47-year-old is going to say or do next.

The Lincoln, Nebraska, native was a high school football player at Bloomington Jefferson High School before taking his talents to Fresno State, the same school he began his coaching career at in 1997. He earned a graduate assistant position at Colorado State in 1999 and his coaching career has included stops at USC, Tennessee, Alabama, Florida Atlantic University as well as National Football League teams like the Jacksonville Jaguars and Oakland Raiders (who made him the NFL's youngest head coach then fired him ruthlessly in a press conference).

While many NCAA fans likely know a great deal of Kiffin's past stories, they might not know details of his personal life like who he was married to or that he has three children. Kiffin made his Ole Miss head coaching debut in 2020 against the Florida Gators, which is ironic considering he already has family ties to the SEC East school.

He married the daughter of one of the program's all-time great quarterbacks.

Lane Kiffin Met His Ex-Wife Through His Father 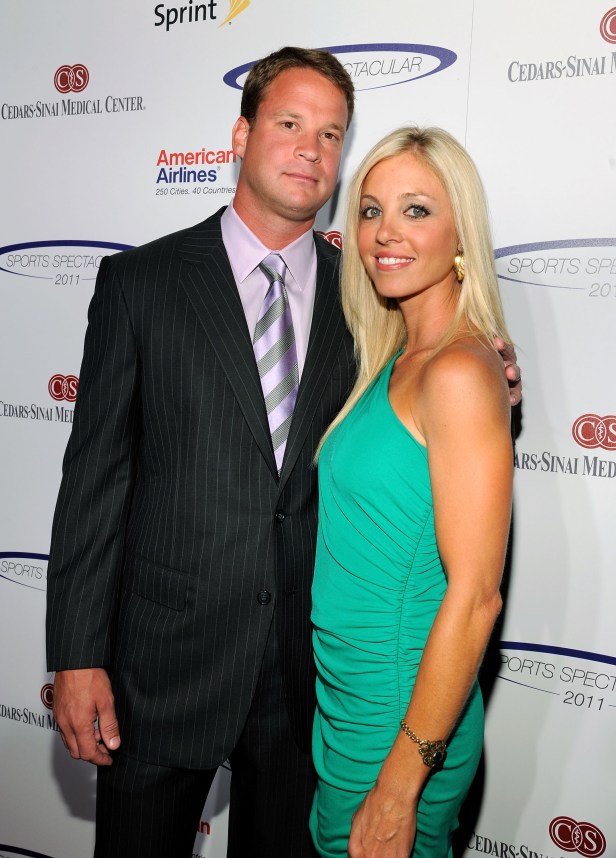 ?Lane Kiffin married Layla Reaves in 2004. The blonde-haired woman became Layla Kiffin and spent 12 years by her husband's side.

Lane and Layla reportedly met through Lane's father, Monte. Layla was working for the Tampa Bay Buccaneers events department after attending Bucholz High School in Gainesville and earning a degree from the University of Florida when Monte, Tampa Bay's defensive coordinator, introduced them to each other.

She's got football in her blood. Her brother is David Reaves, an American football coach who was working as USF's associate head coach when Kiffin was looking for a new job. CBS Sports suggested that the tie made it seemingly impossible for Kiffin to land a gig in Tampa. David followed Willie Taggart to Oregon in 2017 as the Ducks' co-offensive coordinator and tight ends coach. He resigned the same year after a DUI arrest. According to his LinkedIn, he now works in real estate.

Layla also has another brother, Steve, who played football for Southern Miss and the Canadian Football League.

Layla is the Daughter of an SEC Legend 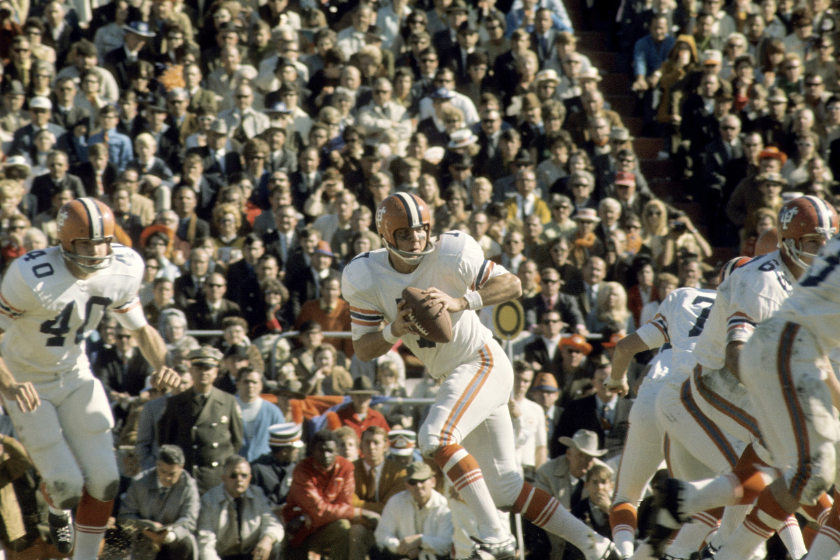 John Reaves set the NCAA career passing record (7,581 yards) and the SEC career touchdown record (56) while at Florida. He reached the passing mark after the controversial "Gator Flop" play against Miami, in which the Gators defense lied down so the offense could get the ball back.

Reaves, who was a First-Team All-American in 1971, was inducted into the University of Florida Athletic Hall of Fame in 1985. He then played 11 seasons in the NFL and three seasons in the USFL.

During their time together, Lane and Layla had three children. Their first child, daughter Landry, was born in 2005. They welcomed a second daughter, Pressley, in 2007.

Son Monte Knox Kiffin was born in 2009. Monte Kiffin was reportedly named after Knoxville while Lane was the University of Tennessee Volunteers' head football coach in 2009.

Lane and Layla filed for divorce in 2016 and Layla reportedly cited irreconcilable differences in the divorce settlement.

After the settlement, Layla was apparently getting quite the chunk of change from her ex-husband. Sports Illustrated reported she was living with the kids in a Manhattan Beach rental home that cost $10,000 per month. Kiffin lived in a Tuscaloosa apartment surrounded by Alabama students for $2,400 per month.

Kiffin doesn't appear to be hurting too bad judging from his estimated net worth. He also bought a house in Boca Raton when he joined the FAU Owls, one that sits on the water and cost him $2.1 million. It's unclear if he's sold the home since leaving Florida Atlantic for Ole Miss in 2020.

Who is Lane Kiffin Dating Now?

Kiffin has been the center of many scandalous rumors throughout the years.

Alabama fans had a field day when rumors swirled that Kiffin and Nick Saban's daughter Kristen were an item. Kiffin has denied any allegations of a relationship with Kristen Saban.

The craziest rumor is the 2017 one that accused Kiffin of using an alias named "Joey Freshwater" at bars when talking to women. Apparently, the easily-recognized ex-Alabama Crimson Tide coach thought the simple name change would help mask his identity.

Since his divorce, Kiffin hasn't gone official with any women. The Miami Herald reported that he was spotted out with a South Florida realtor, but that's about it. Something tells me it won't take long for Kiffin to find himself a Hotty Toddy while at the University of Mississippi.