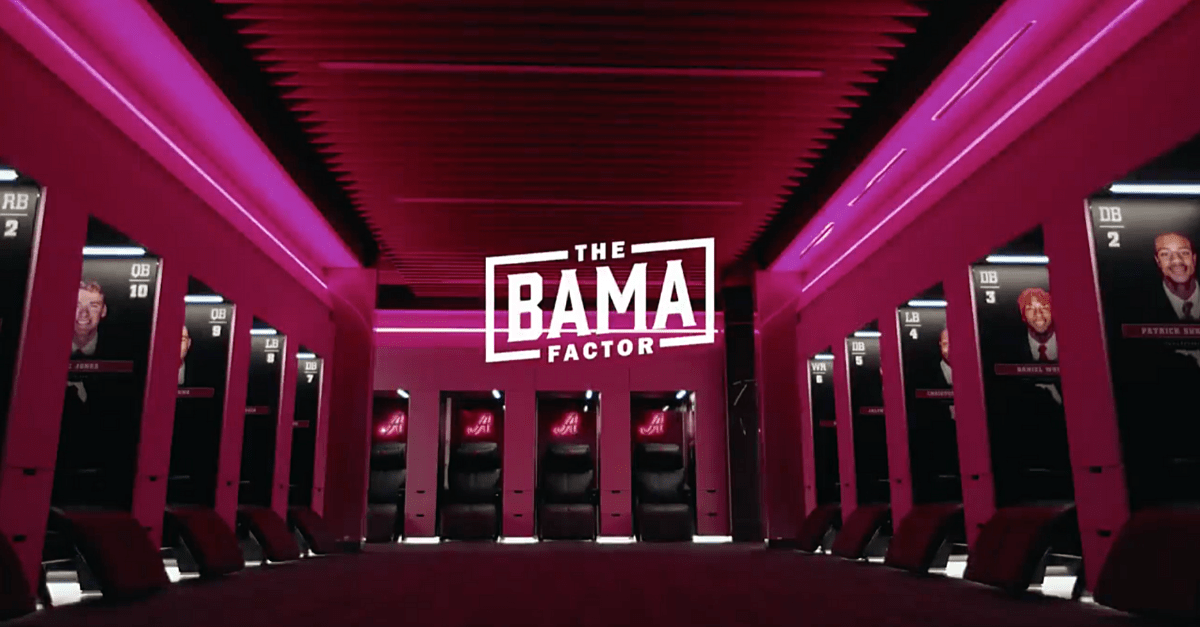 The University of Alabama, believe it or not, compete in sports other than football. Despite all the attention going to head coach Nick Saban‘s football program, there are other Crimson Tide sports representing the university at the Division I level, and they’re all going to get a massive upgrade on campus.

In August 2018, the university announced the launch of The Crimson Standard, which will completely reshape the university’s athletic facilities. The endeavor will be a ten-year, $600 million project with plans to renovate, update and improve various buildings across the University of Alabama’s athletics department.

From premium seating, an updated press box, and the “Founders Suite” at Bryant-Denny Stadium to updates inside Coleman Coliseum and the Mal M. Moore Athletic Facility, the university’s student-athletes would be getting a massive upgrade across campus. These computer-generated fly throughs of the new plans are jaw-dropping from start to finish.

The initiative, spearheaded by The Crimson Tide Foundation, already had $143-million pledged to the project when it was announced by the university. Alabama Athletic Director Greg Byrne explained the reasoning behind the multi-million endeavor.

“We have a mission to build and maintain a program that achieves academic success and wins championships in all sports by educating and developing the best student-athletes, and by supporting and retaining outstanding coaches.

“Our core values also begin with the commitment to the total support of the educational, athletic and personal development of all student-athletes.”

The program as it stands isn’t green-lighted just yet ? all phases of the plan need the approval of the University of Alabama Board of Trustees, presidential approval from Dr. Stuart Bell and, of course, that little side project to find fundraising success for the $600 million required to complete the renovations.

Nick Saban took the stage after Byrne in August and reiterated Alabama’s commitment to the impact this project will have on the football program for years to come.

“To improve the weight room, the locker room, to make the improvements to the stadium that we’re talking about are all things that I think will continue to provide Alabama to have a standard that is number one all across the country.

“I think people try to emulate what we do — on the field, off the field — so I think to continue to be proactive and aggressive in the future is only going to help us keep the kind of standard, relative to everybody else, that we need to have continued success.”

Want a chance to have your name attached to an area of the renovation in Tuscaloosa? You can submit your application, as well as a donation ranging somewhere from $25,000 to $50 million ? that donation, and the attached name, is subject to approval by the Board of Trustees, of course.

It’s an insane project that only figures to propel Alabama from one of the best athletic programs in the country to THE elite athletic university in the country.

Buckle up and hope the Tide start rolling in the dough to get this major renovation done.

UPDATE (July 20, 2020): The Alabama football program’s Twitter account gave a sneak peak at the team’s brand new locker rooms as part of “Phase 1” of The Crimson Standard renovations, according to a university press release. The project will begin working on other buildings and facilities around campus, but these locker room upgrades for the football team rival the best in the country.

Looking at you, LSU.

The university already unveiled the brand new basketball court at Coleman Coliseum, which is absolutely incredible. Featuring the Alabama state outline and patented ‘A’ logo at center court, games here will be a treat when all phases are ultimately completed.

Putting the finishing touches on a new "art project" we've been working on! 😎 pic.twitter.com/TLZ5Vg1L04

This article was originally published on August 16, 2018. It was updated after initial athletic facility upgrades were released.