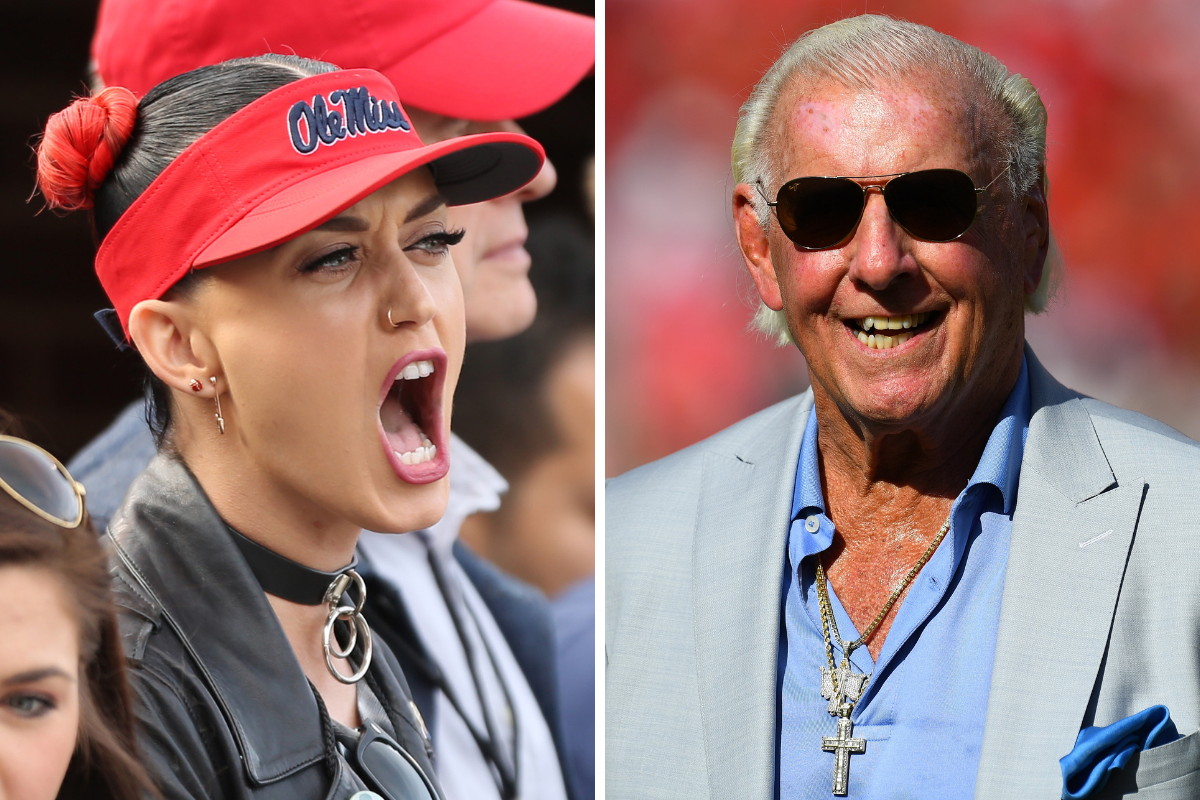 Every university in the country has notable alumni and and each college sports team has at least one big-time celebrity fan. You can spot them in the stands, on the sideline or even donning their favorite school’s colors on social media, but they are always there when it matters most. It has become a way of life, and no league has more famous fans than the Southeastern Conference.

Throughout the 14-team SEC, the list of celebrity fans is as impressive as it gets. From former Presidents to Hollywood actors to musicians to rappers to politicians to authors and everything else in-between, it would be impossible to find a better group of die-hard fans.

The criteria here is simple: Be a fan, bandwagon or not. The only catch is to avoid a famous athlete being a fan of a team, such as LeBron James rooting for the Ohio State Buckeyes. This is more like Will Ferrell leading the USC Trojans out of the tunnel.

Will Ferrell leads #USC out of the tunnel before the Trojans open Pac-12 play against #Stanford. pic.twitter.com/OJnbhVs91l

So without further ado, for better or for worse, here is the biggest celebrity fan for every SEC team:

It’s easy to be an Alabama fan during NCAA college football season, so this list can get pretty heavy each fall. Hollywood stars Courtney Cox and Channing Tatum are both Alabama natives and have been known to support the crimson and white football team, but likely no ‘Bama fan is as dedicated as Melissa Joan Hart.

Famous for her roles in sitcoms “Clarissa Explains It All” and “Sabrina the Teenage Witch,” the actress is now more known for social media posts during Crimson Tide games. She’s even worn “lucky panties” for the University of Alabama, for crying out loud.

U.S. President @BillClinton, First Lady @HillaryClinton and @ChelseaClinton cheer on the Arkansas #Razorbacks during the first half of the Midwest Regional Play-offs at Reunion Arena in Dallas, Texas #OTD 1994.
@RazorbackMBB pic.twitter.com/DHdLVfPiHh

The 42nd President of the United States was born in Hope, Arkansas, and was the Governor of Arkansas before his presidency, so he can be occasionally seen at Razorback games. There is no higher rank than POTUS, too, so this is easily the biggest fan to be in Fayetteville, and it’s not even close.

Pregame: @tim_cook, an #Auburn alum, at the #IronBowl.

When you are the CEO of Apple, and your Twitter bio’s second bullet point is being an Auburn football fan, you immediately top the list. The 60-year-old executive, who has a net worth of about $1.5 billion, is all about the Tigers. He used to have a good rapport with former head coach Gus Malzahn. He needs to get to The Plains ASAP to meet Bryan Harsin.

Richard Morgan Fliehr was born in Memphis, Tennessee, and reportedly lives in Charlotte, North Carolina. There’s not much allegiance to Florida here, but the wild professional wrestling star rocked a sweet pair of Gators boxers for a big WCW match once, and that alone is good enough to be the biggest celebrity fan from a rather limited selection.

Although most people would rather hear a pregame speech from “Friday Night Lights” star and Bulldogs fanatic Kyle Chandler, this designation belongs to the one and only Samuel L. Jackson. The prominent actor and film producer attended Morehouse College in Atlanta and has been seen at tons of UGA football games, including the College Football Playoff National Championship Game in 2018. He’s also a big fan of the NFL’s Atlanta Falcons.

When you think of SEC celebrity fans, Ashley Judd might be the very first person to come to mind. The actress and political activist loves the Kentucky Wildcats and is perhaps the most die-hard fan on this list. When March Madness rolls around and you know where UK is playing, expect Judd to be as close to the court as she can.

This political guru is a master at making brilliant arguments, as seen on ESPN’s “College GameDay,” and that’s because Carville is all about the purple and gold. He was born in Carville, Louisiana, earned his degrees from Louisiana State University, and currently lives in New Orleans. Carville is a Tiger, through and through.

Although it might have been just a one-time appearance, Katy Perry was beyond electric when she took over Oxford for College Game Day at Ole Miss. The pop star completely stole the show with her college football picks and even had a great time at the bars. This is not up for debate.

Best-selling author and MSU alumnus John Grisham shares words of wisdom during Fall Convocation to help incoming freshmen and transfer students make the most of their time at Mississippi State. #WeRingTrue https://t.co/56VaER10ct pic.twitter.com/VzICQe1e0i

A Mississippi State University grad, the famous author is also a huge baseball fan and is still a fan of the Bulldogs baseball team. He’s even written about it for the book “Dudy Noble Field: A Celebration of MSU Baseball.” He sits courtside at Virginia Cavaliers basketball games these days, but his allegiance will always be with MSU.

It’s hard to find better marketing material than a famous artist writing a song and filming a promotional video on campus. That’s what the music star from Kennett, Missouri, did, and it is further proof Crow has been an avid Tigers supporter for many years.

There are fans, and then there is Darius Rucker. That’s not meant to be negative, either. How many fans get the opportunity to catch a touchdown pass at your favorite team’s spring game? Rucker first made it big as the lead singer for Hootie and the Blowfish and has definitely blossomed as a solo country artist. First and foremost, though, he’s all about that Charleston, South Carolina, life.

Born in Knoxville, Tennessee, the four-time CMA Entertainer of the Year is no stranger to Volunteers games at Neyland Stadium. He’s mainly seen on social media wearing the helmet or jersey of every stadium he plays in these days, but don’t let that fool you. This country music star loves Tennessee.

A post shared by Secretary of Energy Rick Perry (@secretaryperry)

This spot should forever belong to the late President George H.W. Bush, but with his recent passing, the designation has been passed to Rick Perry, the former Governor of Texas and former United States Secretary of Energy as a member in the Cabinet of Donald Trump. Perry was a yell leader for the Aggies, so you know he understands how to be a true Aggie fan.

There isn’t a huge pool to choose from here, so let’s just say everyone has to settle for this choice. Bayless, the current Fox Sports 1 personality, is a graduate of Vanderbilt University, so there is a big tie here. He might not be the biggest Commodores fan, but he is certainly a proud supporter of his alma mater.