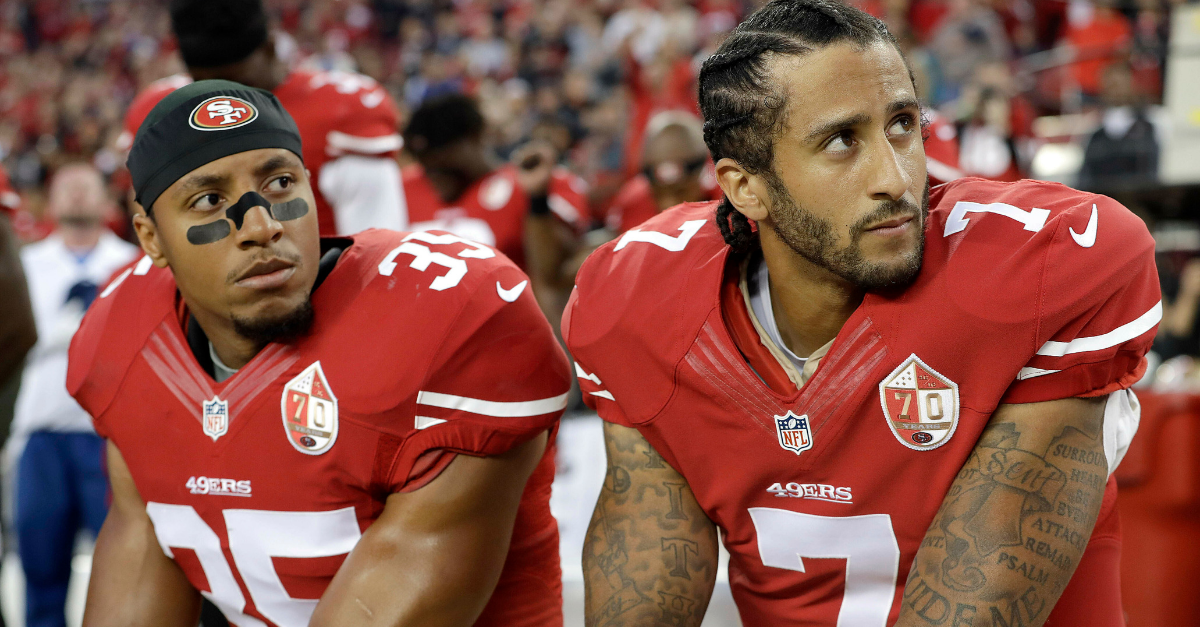 In a three-sentence statement released Friday, the NFL said:

“For the past several months, counsel for Mr. Kaepernick and Mr. Reid have engaged in an ongoing dialogue with representatives of the NFL. As a result of those discussions, the parties have decided to resolve the pending grievances. The resolution of this matter is subject to a confidentiality agreement so there will be no further comment by any party.”

No details were made available.

Kaepernick and Reid filed collusion grievances against the league, saying they were blacklisted because of protests during the national anthem at games. Kaepernick has not played in the league since 2016, while Reid missed three games last season before signing with Carolina. Kaepernick contended the owners violated their collective bargaining agreement with players by conspiring to keep him off teams.

A wave of protests by NFL players began in 2016 after Kaepernick kneeled during the national anthem to call attention to police brutality and racial inequality. The protests grew into one of the most polarizing issues in sports, with President Donald Trump loudly urging the league to suspend or fire players who demonstrate during “The Star-Spangled Banner.”

Kaepernick filed his grievance in August 2017. Arbitrator Stephen B. Burbank sent it to trial, denying the league’s request to throw out the former 49ers quarterback’s claims. Burbank’s decision meant there was enough evidence of collusion to keep the grievances going.

While he has been away from the playing field, Kaepernick has become an advocate for battling social and racial injustice. On Thursday, a person with knowledge of the conversations told the AP that Kaepernick turned down a chance to join the fledgling Alliance of American Football , seeking $20 million or more from the upstart league that pays its players $225,000 over three seasons.

$20 million number floating around on Colin Kaepernick for what he wanted to sign with the new upstart AAF is not completely accurate. I was told he wanted MORE. pic.twitter.com/7iW8tH7js4

Safety Reid recently re-signed with the Panthers for three years and more than $22 million. He noted then that he got “fair market value” after making just $1.69 million last season from the Panthers.

“If anything, it proves my point from last year,” Reid said. “I didn’t sign until the (fourth) week and did for almost the league minimum. And this year I signed a more substantial contract. And nothing has changed. I’m still the same player.”

Officials with the players union said Friday afternoon that they had just learned of the settlement and had no details.

“We continuously supported Colin and Eric from the start of their protests, participated with their lawyers throughout their legal proceedings and were prepared to participate in the upcoming trial in pursuit of both truth and justice for what we believe the NFL and its clubs did to them,” the NFLPA said in statement. “We are glad that Eric has earned a job and a new contract, we continue to hope that Colin gets his opportunity as well.”