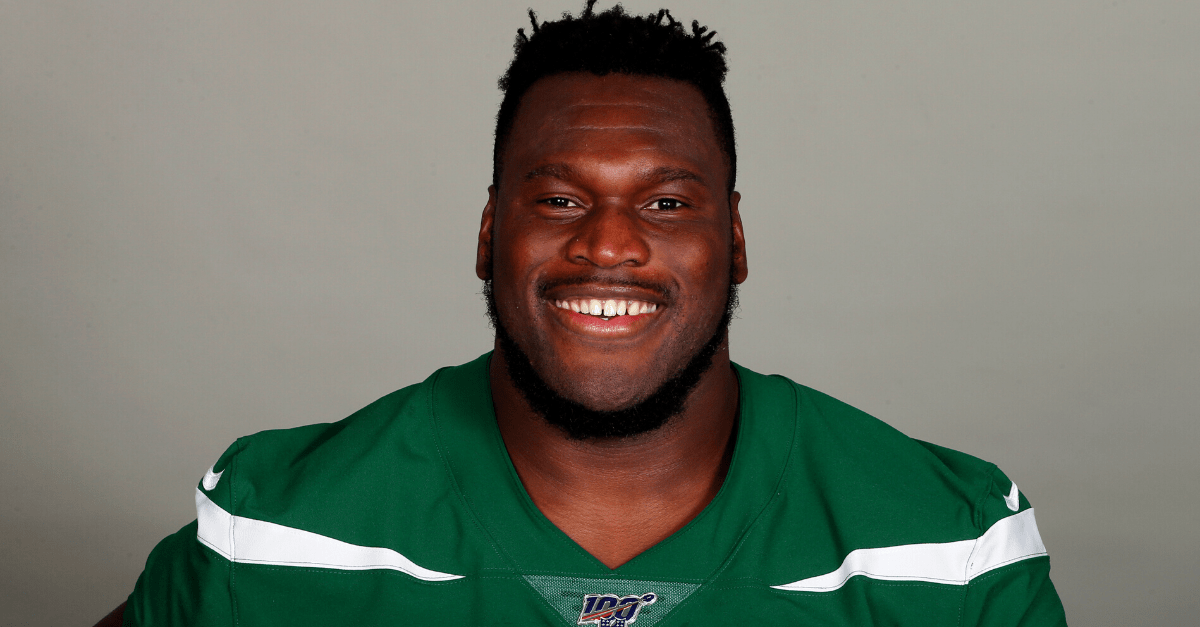 The operation to repair a torn labrum was performed by Dr. Glen Ross in Boston, according to Osemele’s agent, Andrew Kessler.

The Jets were made aware of Osemele going forward with his plan to have surgery. But because he was not with the team and the surgery wasn’t approved, a person with direct knowledge of the situation said the Jets consider it an “unexcused absence.” The person spoke to The Associated Press on condition of anonymity because the team has not publicly commented on the situation.

Osemele is officially listed by the team as doubtful to play Sunday at Jacksonville. He hasn’t taken the field since Week 3.

Adam Gase responds to a question about why he hasn't spoken to Kelechi Osemele in the past few weeks – "He hasn't asked to speak to me" pic.twitter.com/UI6MAfqos0

Osemele and the Jets are locked in a standoff in which the player says he needs the surgery now.

“Now it’s at the point where I can’t do anything about it,” Osemele said of his shoulder Wednesday in the locker room.

The team believes the surgery could be delayed and he can play through it, and the Jets have been fining him for “conduct detrimental to the team” for not practicing.

The NFL Players Association released a statement Thursday saying it supports Osemele and is “considering all options to protect” him. The NFLPA also said it’s “not appropriate or ethical” for an employer to dictate any employee’s medical needs or treatment.

“I’d be lying if I said that it wasn’t frustrating to be in this position considering what I’ve been able to accomplish in this league and the type of player that I am, to be dealing with something like this is slightly disrespectful,” Osemele said Wednesday. “But, it’s outside of my control and I’m trying to be positive about it.”

“Once it stops working, what do I do? Take Vicodin? Where‘s the line? How much should a player play thru pain? What is the limit? Is there a limit? Toradol every day? Does my health not matter?”

Osemele was acquired in a trade with Oakland in March and said he first felt pain in the shoulder on Aug. 5 during training camp with the Jets. The two-time Pro Bowl selection said he re-injured the shoulder at New England on Sept. 22. Osemele said he was receiving treatments on the shoulder during the first three weeks of the season and taking anti-inflammatory prescription drugs, but did not appear on the Jets’ injury reports with a shoulder ailment during that time.

The 30-year-old offensive lineman was examined by the team doctors, and then received a second medical opinion from a doctor in California based on his scans and tests. Osemele then flew to see Ross on Tuesday for a third opinion, and posted the doctor’s report on his Instagram page. Ross’ note said Osemele “should undergo a right shoulder arthroscopy, labral repair and cyst debridement.” He added that Osemele “has a posterior/inferior labral tear and a large cyst.”

G Kelechi Osemele, who had surgery today and hasn’t practiced or played since Week 3, is listed as doubtful. I kid you not. #Jets

The team is not debating that Osemele needs surgery. The conflict has been over when he needs to have it ? immediately or after the season. The Jets believe, based on the medical reports, that it is a pre-existing injury Osemele has played through for a while, but the offensive lineman said he can no longer take pain killers and should have the surgery now so he has time to heal and prepare for next season.

Osemele is making a fully guaranteed $9.85 million this season. He is due to make $11.35 million next season, but that money is not guaranteed and he “absolutely, 100%” expects to be cut by the Jets in the offseason.