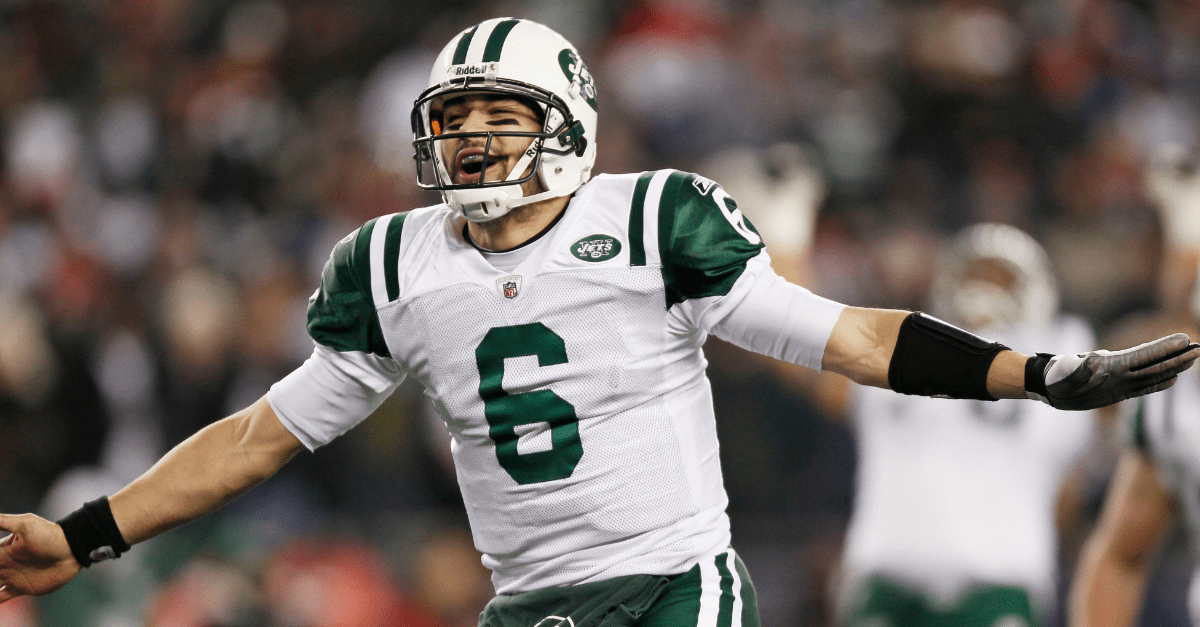 Sanchez played quarterback for Southern California from 2005-08, earning Rose Bowl MVP honors in his final college game. He was selected fifth overall in the 2009 NFL draft by the Jets and led them to the AFC championship game in each of his first two seasons.

The 32-year-old also played for the Eagles, Cowboys and Redskins in a 10-year NFL career. He finished with 15,357 yards passing, 86 touchdown passes and 89 interceptions.

We won't forget this one.

“Excited about the new opportunity,” Sanchez posted on Twitter. “Big thanks to ESPN for making it happen.”

Excited about the new opportunity. Big thanks to ESPN for making it happen. Also, glad I graduated from the prestigious @J_No24 Broadcasting Bootcamp! Check out the @GOATFARMMEDIA YouTube channel to see the rest of my extensive training. https://t.co/7JuoIuKBKX pic.twitter.com/Gom1wj8vJy

Sanchez was a highly touted recruit from California who started one season at USC and passed for 3,207 yards and 34 touchdowns for a team that went 12-1 and finished ranked No. 3 in the country in 2008.

“Succeeding within a high-pressure media market at USC, and then in the NFL, provided on-the-job training for the next chapter of Mark’s career, which we are thrilled will be with us at ESPN,” ESPN senior vice president of production Lee Fitting said in a statement.

Sanchez immediately became the starter for the Jets, tossing 20 interceptions in his rookie season. New York made a surprising run to the AFC title game after a 9-7 regular season.

Sanchez’s numbers improved the next two seasons, but in 2012 he and the team regressed. His embarrassing “Butt Fumble” in a Thanksgiving night game against the Patriots in 2012 became a signature moment in what turned out to the last regular season he played with the Jets.

Sanchez injured his right throwing shoulder in the preseason in 2013 and never returned to play for New York. He signed with Philadelphia in 2014.