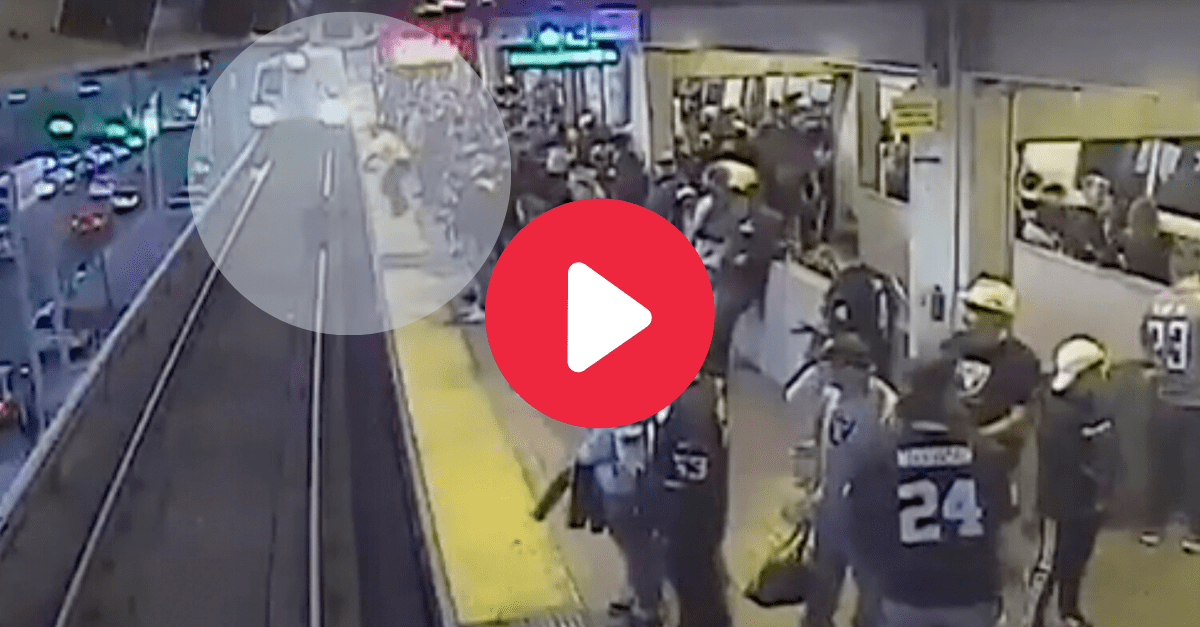 OAKLAND, Calif. (AP) ? A transit supervisor was hailed as a hero for pulling a drunken man from the tracks an instant before a train sped into an Oakland, California station.

The Bay Area Rapid Transit released surveillance video showing supervisor John O’Connor spring to action Sunday after a man fell onto the tracks. The video shows O’Connor yanking the man up by the shoulders and back onto the platform seconds before the train arrives.

O’Connor said Monday he was helping with crowd control at the crowded Coliseum station following an Oakland Raiders football game when he saw the man fall.

“The young man just walked, I saw out of the corner of my eye I saw him going in the trackway,” O’Connor told reporters. “He came to the side, and I figured out he wasn’t going to make it. So, I grabbed him, pulled him up on the platform.”

O’Connor, who has worked for BART for 24 years, said he was uncomfortable being called a “hero,” KPIX-TV reported.

“There was really no time to make a decision. I just looked, and it just happened. You know, when you look at police, fire, military, we’ve got heroes on a daily basis. It really feels awkward to be called a hero.”

BART officials said the unidentified man who fell was intoxicated and taken to a local hospital to be checked.

He was leaving Sunday’s game between the Oakland Raiders and the Detroit Lions, won by the Raiders, 31-24.

READ MORE: O.J. Simpson?s Net Worth: ?The Juice? Made a Killing, But Didn?t Keep Much