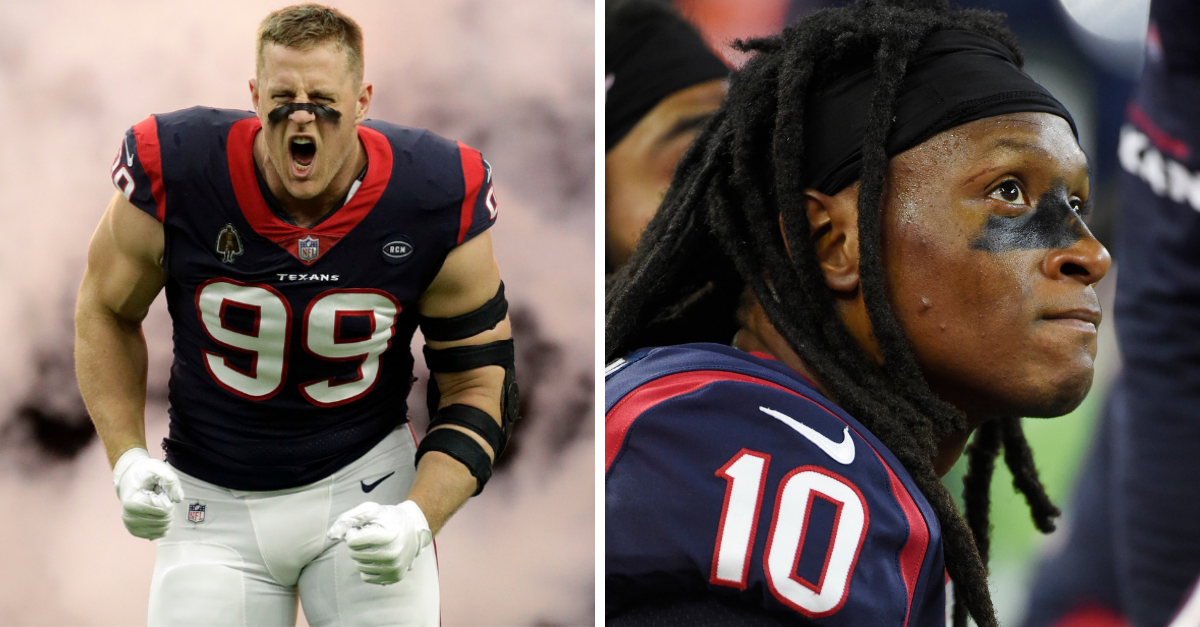 The #Texans have made a series of roster moves.

Watt, a three-time Defensive Player of the Year, reportedly had knee surgery after last season. He shook off two years of injuries after he’d played just eight games total and earned All-Pro honors when he had 61 tackles, led the AFC with 16 sacks, had 25 quarterback hits, 18 tackles for losses and forced a career-high seven fumbles, which tied for the most in the NFL.

Hopkins hurt his right shoulder in the first half of Houston’s loss to Indianapolis in an AFC wild-card game. He was second in the NFL with a career-high 1,572 yards receiving during the regular season

The Texans start training camp on July 25 and will open the regular season on Sept. 9 at New Orleans in the first game of a “Monday Night Football” doubleheader.