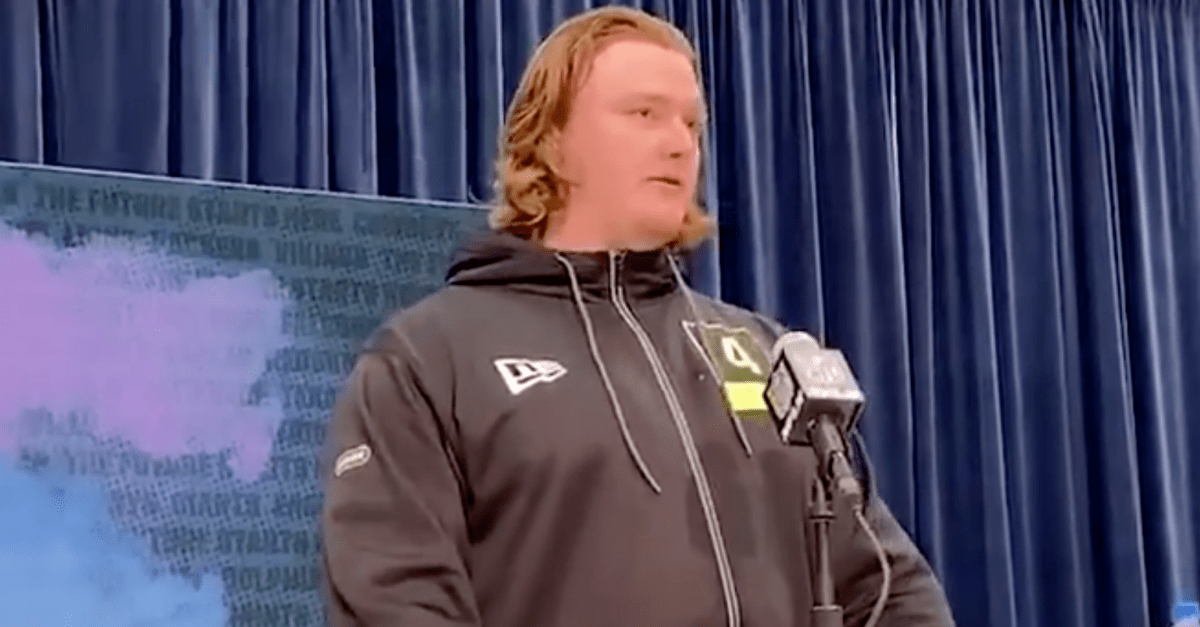 Going from an unheralded high school recruit to Division III college football to the NFL Draft is not an easy thing to do. It?s a road seldom traveled, honestly, but offensive tackle Ben Bartch doesn?t care. He?s ready to live out his dream at the highest level.

Bartch, a 6-foot-6 and 305-pound force, is one of the rare D-III players ever invited to the NFL Combine in Indianapolis. It?s usually an event dominated by big names and high-profile athletes. However, Bartch is considered one of them after a standout career with the Saint John?s University Johnnies in Minnesota and is expected to hear his name called this spring.

What it took to get there is, well, incredibly disgusting.

Ben Bartch added 70 lbs moving to OT. One tool, a shake consumed at his job as a HS strength coach. Ingredients:

"Throw it all in and just plug my nose. I'd gag sometimes. But that's what you have to do"

Before becoming an All-MIAC offensive lineman and 2020 NFL Draft prospect, Bartch was actually a tight end. That?s what he played at Blanchet Catholic in Dayton, Oregon and at the beginning of his St. John?s University career.

Something had to change, though. In order to improve his draft stock and even attempt to get an invite to the NFL Scouting Combine, Bartch had to put on some weight and move to tackle. So the small school star stacked on 70 pounds by using gulping down the grossest shake you?ve likely every heard of in your life.

“Throw it all in and just plug my nose. I’d gag sometimes. But that’s what you have to do,? he told The Athletic?s Arif Hasan.

Finally, we’ve found the source for what sapped the joy out of him. pic.twitter.com/TiCxadK4cK

There?s a fun way for a football player to gain weight ? eating a few donuts and several McDonald?s Quarter Pounders, for example ? and there?s the way Bartch made it happen. At the end of the day, though, it worked.

Ben Bartch, a left tackle, was invited to the Senior Bowl in Mobile, Alabama earlier this year — the only D-III player to make a roster — and is expected to be drafted by an NFL team this spring.

This isn?t the first time a crazy story has been shared at the NFL Combine, but it?s safe to say Bartch needs to immediately go higher in NFL mock drafts.

If he?s willing to gain weight with that disgusting shake, there?s no doubt he has the heart of a champion to succeed at the next level.