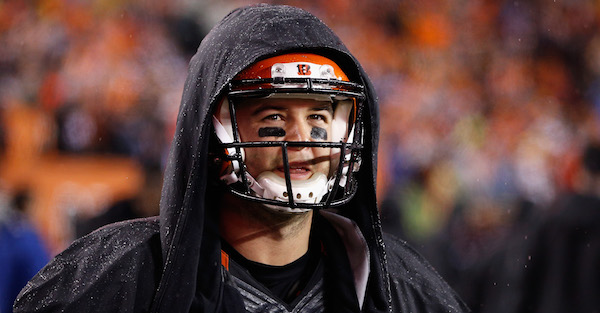 A.J. McCarron has reportedly won his grievance with the Cincinnati Bengals and the quarterback will now be a free agent.

Source: #Bengals QB AJ McCarron won his grievance against the team. He’ll be a free agent.

McCarron argued he should have never been put on the list and the Bengals basically did him dirty because he told the franchise of a football-related injury prior to him being drafted by the team.

McCarron has barely played in the National Football League, but has been a lot of people?s favorite potential future starter. The Cleveland Browns attempted to snag him during last season, but the inept franchise didn?t exactly know how to legally submit trade requests into the NFL.

Recent reports suggested McCarron is drawing some interest from the Denver Broncos. Denver has been without a good quarterback for some time now. While still having a tremendous defense as its core, with talented skill position players on offense, Denver could make a huge jump in the standings next season with an even if only competent gunslinger.

It will be incredibly interesting to see how much money McCarron demands on the open market. Furthermore, what teams go after him now that there will likely be a bidding war for his services.