Football is truly a family business.

In 2016, the Pro Football Hall of Fame published a list of brothers who have played professional football. There are 377 sets of brothers on the list, more than 750 names total. What does the NFL stand for again? National Family League?

A few more names have been added to the list since. It got us here at FanBuzz thinking: who are the best football siblings of them all? To answer this question fairly, we need an objective scale. So we devised the following scheme.

Points are tallied based on each brother's accomplishments and then combined for a total score. Hall of Fame means actually being inducted, not just making a HOF All-Decade Team. All-Pro first- and second-team honors are both worth one point. For sets of three brothers or more, we only use the two highest-scoring brothers. That will keep every brother group at two, an even playing field.

You already know who the top brothers are, but you may be surprised by the rest. Without further ado, time for some honorable mentions. 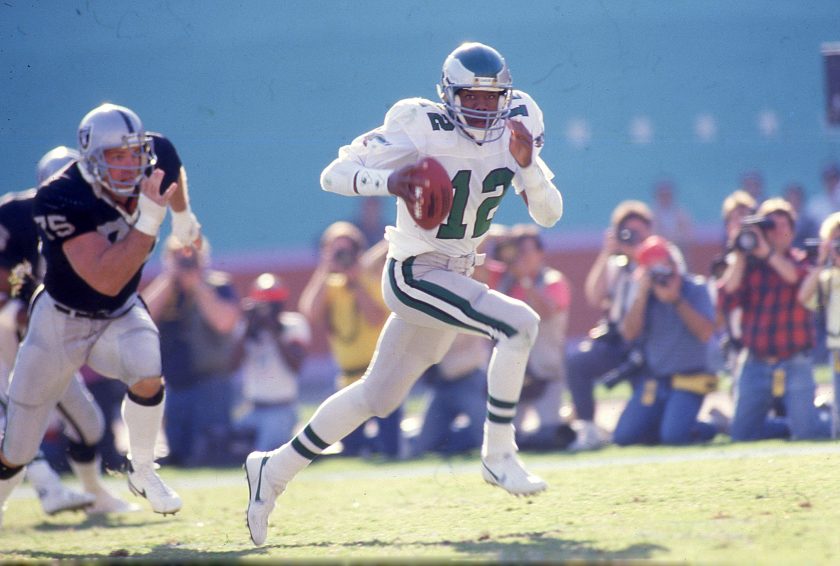 The New England Patriots drafted older brother Sam Cunningham when Randall was 10 years old. Even though Sam was a first-round pick and his little brother a second-round selection, Randall Cunningham had the better career with four Pro Bowls and one All-Pro between the Philadelphia Eagles and Minnesota Vikings. 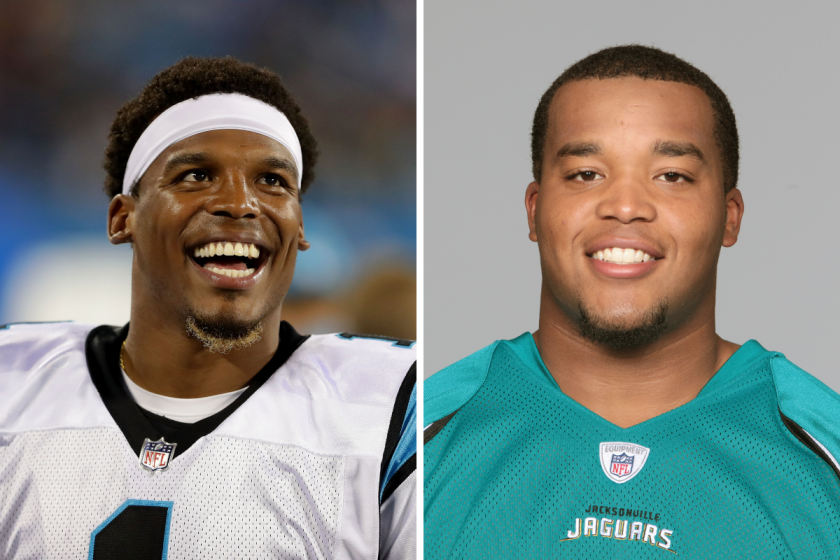 Patriots quarterback Cam Newton spent most of his career with the Carolina Panthers. In Charlotte, Cam won Offensive Rookie of the Year, Offensive Player of the Year and an MVP. Cam's older brother Cecil was not as successful, but hey, at least they opened a cigar bar together.

Cecil Newton never made his mark in the NFL between the Jacksonville Jaguars, New Orleans Saints, Green Bay Packers and Baltimore Ravens practice squads. Unable to make even the Jets or the Raiders, Cecil hung up his helmet after the 2012 season, right as Cam was heating up. This one is one-sided, but points are points. 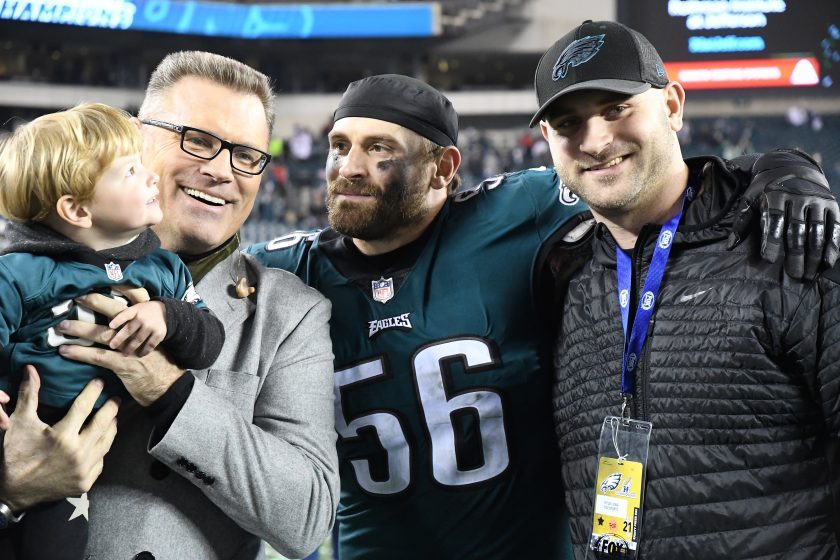 Sons of NFL legend Howie Long (I smell another list brewing), the Long Brothers have two Super Bowls and three Pro Bowls between them. Chris Long is the older, Kyle the younger. Although Kyle Long has more individual awards for his time with the Chicago Bears, Chris has the rare distinction of winning a Super Bowl for and against Tom Brady's Patriots. 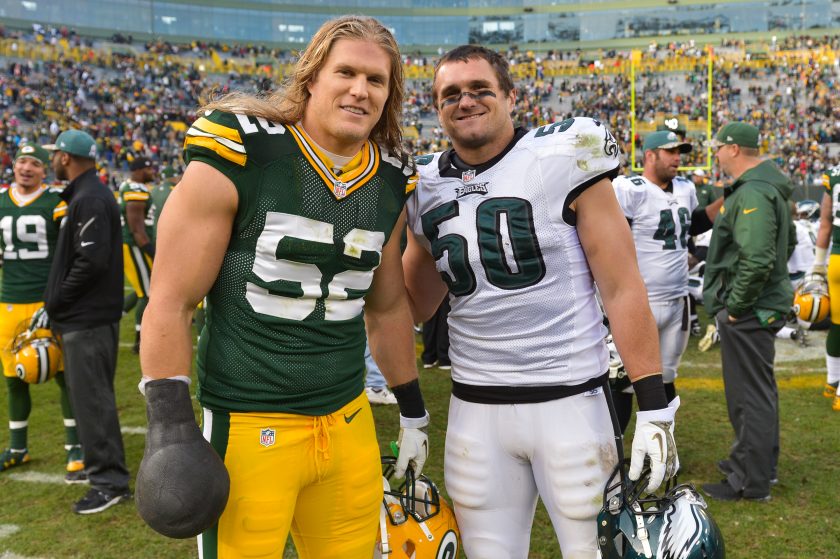 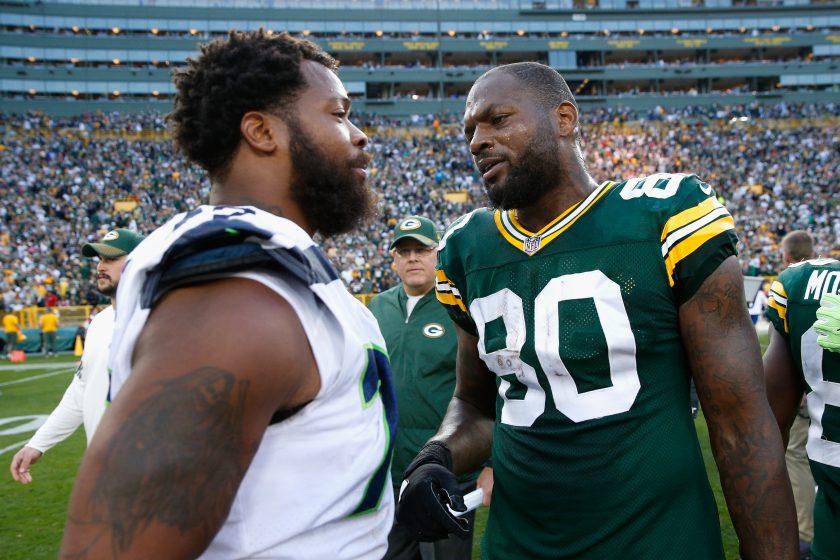 Michael Bennett is slightly older than his little brother and has had a somewhat better career. Though drafted to the Tampa Bay Buccaneers, Bennet won his ring with the Seattle Seahawk's feared "Legion of Boom." Martellus Bennett has a Super Bowl ring, as well, and two fewer Pro Bowl appearances. Both brothers played for the Dallas Cowboys and retired in New England.

That was the rest, now on to the best.

Best NFL Siblings of All Time 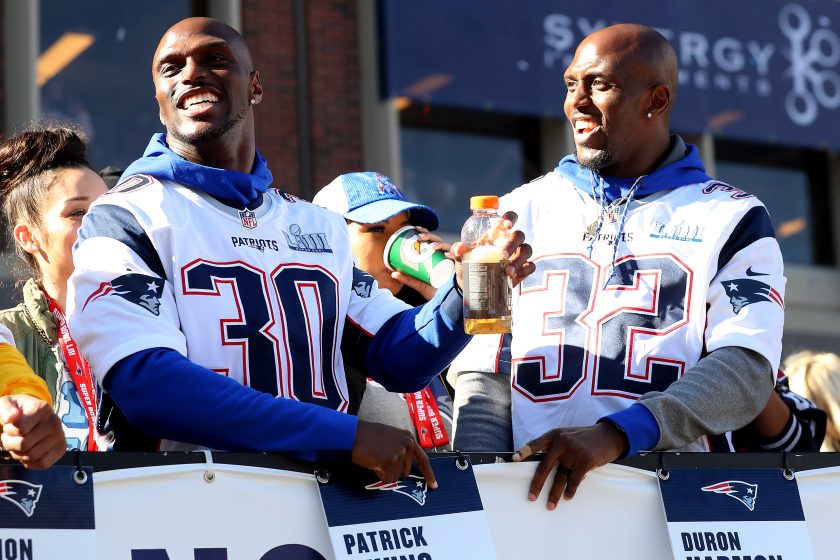 Twins! Devin and Jason McCourty are New York-born twins. Jason's career took him from the Tennessee Titans to the Cleveland Browns to the New England Patriots. In Foxborough, he re-united with Devin McCourty, who played his whole career under Bill Belichick. The twins celebrated by winning Super Bowl LIII. 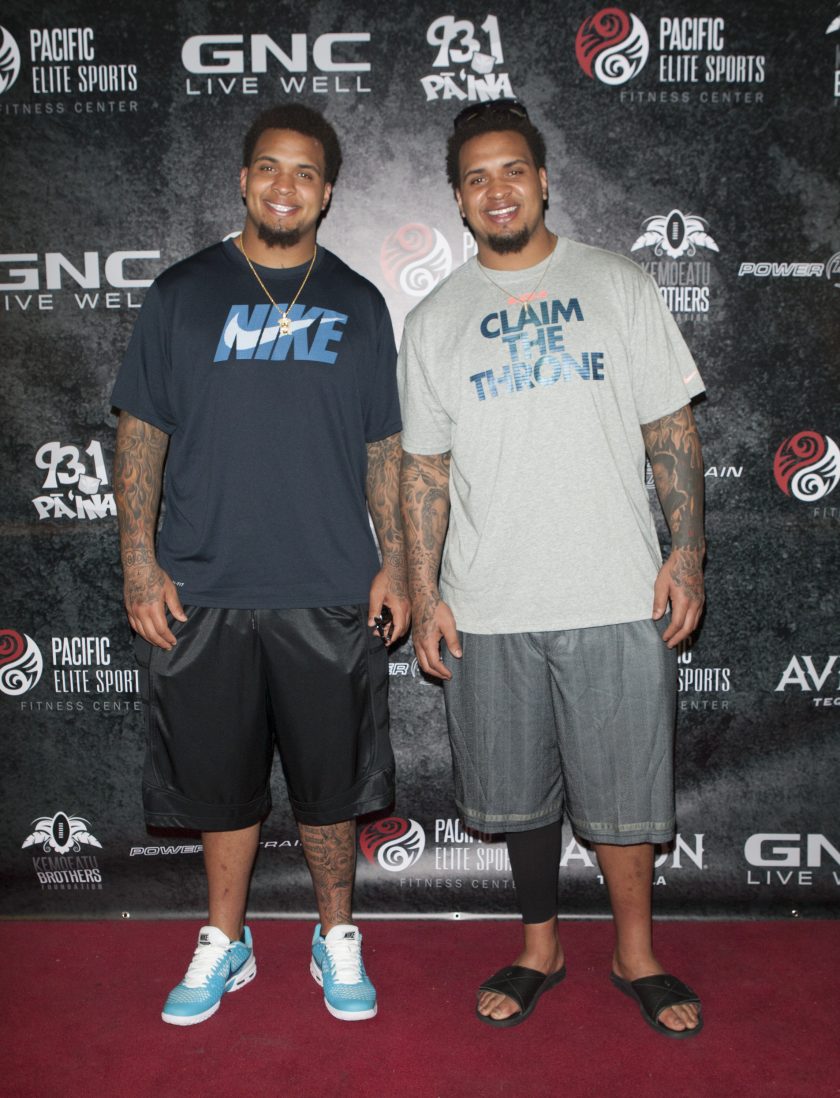 More twins! The Pounceys played college football together at the University of Florida before getting drafted by in the first rounds of the 2010 and 2011 NFL Drafts. Maurkice Pouncey had the better NFL career, going to nine Pro Bowls with the Steelers. Mike Pouncey, the higher overall pick in 2011, made four Pro Bowls -- three with his hometown Miami Dolphins and one with the Los Angeles Chargers. In February 2021, they retired together. 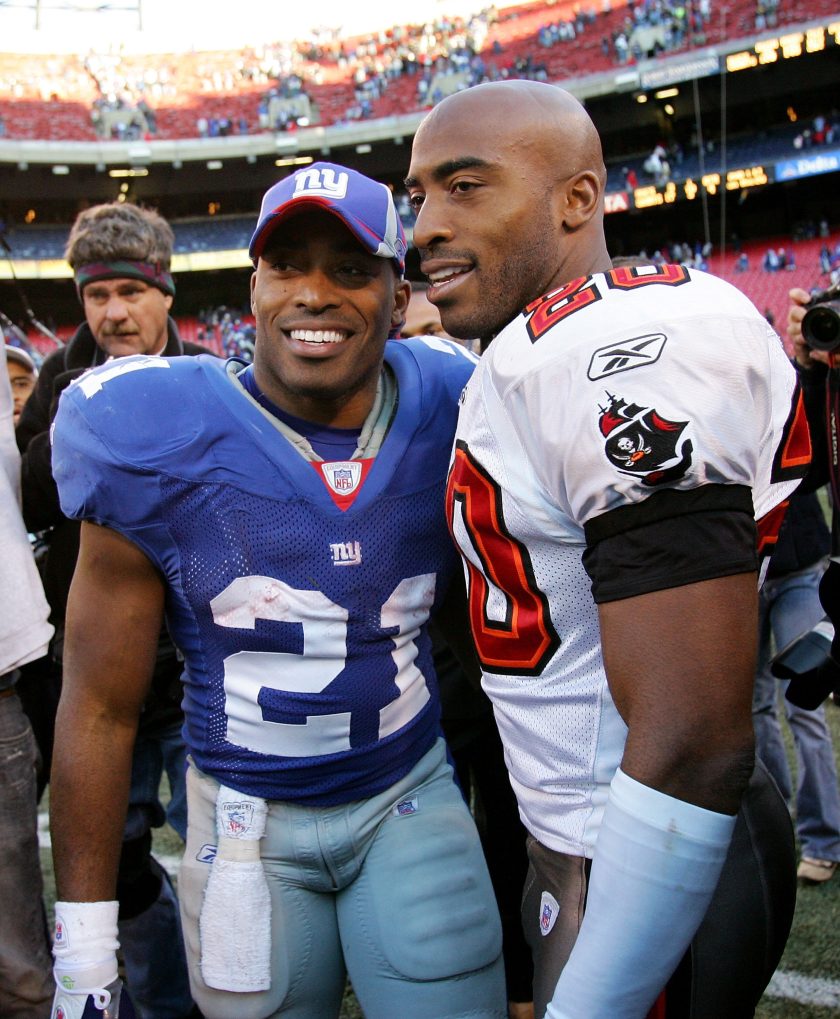 (Holy Coincidence, Batman. I sincerely did not mean to list three sets of twins in a row. It's just how the scores worked out.)

Despite suggestions that Tiki overshadowed Ronde, Ronde Barber performed better than his twin brother on our scale. He won a Super Bowl and was named All-Pro thrice while in Tampa. Tiki Barber played his career with the New York Giants. He attended three Pro Bowls along the way and just missed out on Eli Manning's two Super Bowls. 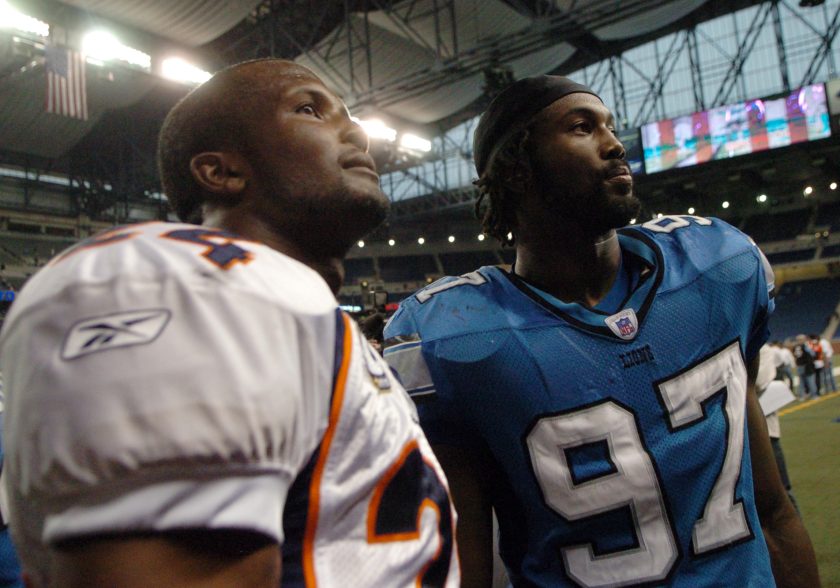 RELATED: The 20 Dirtiest NFL Players Ever Did More Than Just Tackle Opponents

Should the Bailey Bros go over the Barber Twins when their score is weighted so heavily towards one brother? It's a philosophical question that I'm down to debate. But for the list purposes, we are just going by score.

Both Baileys are University of Georgia legends, but older brother Champ Bailey had a Hall-of-Fame NFL career as a cornerback. Boss Bailey couldn't touch that after being drafted by the Detroit Lions. The Bailey Brothers joined up on the Denver Broncos for one season before Boss retired. 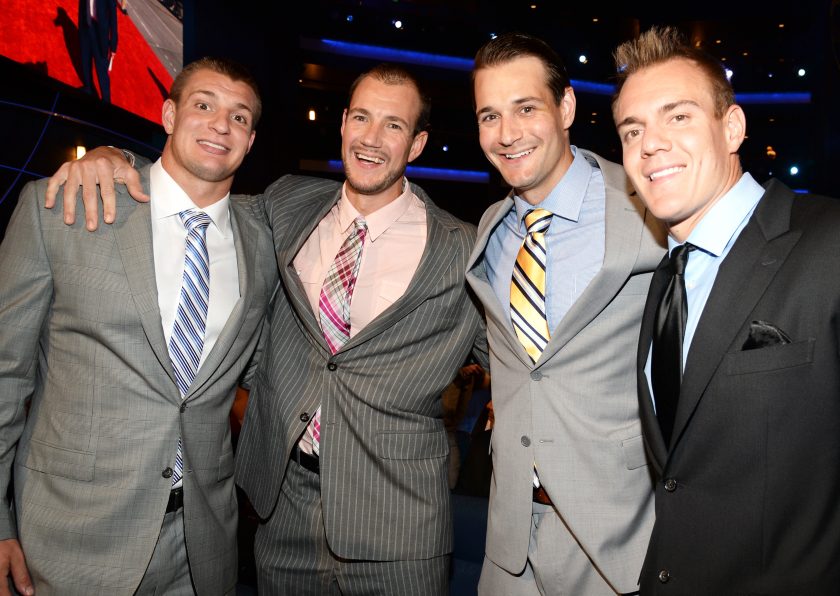 Speaking of heavily weighted towards one brother, have you heard of Rob Gronkowski?

All the Gronkowkis are big, just like their last name. They have Big Bodies, Big Mouths, Big Personalities, and presumably gargantuan Thanksgivings. Rob Gronkowski is the youngest, most famous Gronk with four Super Bowls and five Pro Bowls. Oldest brother Dan Gronkowski played for three teams before retiring in New England with Rob. Chris Gronkowski's career was similar to Dan's time in the NFL. Chris retired a Denver Bronco after a year in Dallas and Indianapolis. All the Gronks stay busy during the offseason. 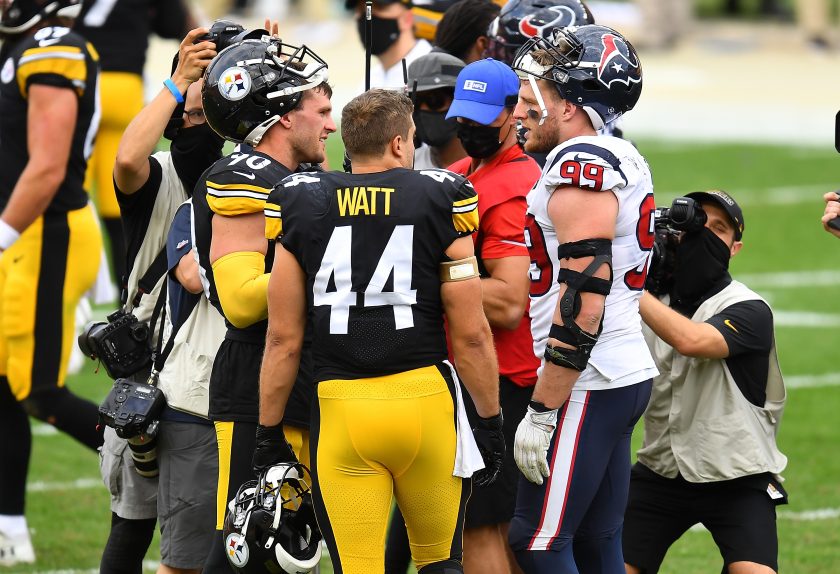 Former Houston Texan and current Arizona Cardinal J.J. Watt is the most prolific Watt Brother. However, T.J.'s career is blooming. J.J. Watt has the most individual accolades over his career, but T.J. is catching up. T.J. Watt plays linebacker for the Pittsburgh Steelers alongside Derek Watt. 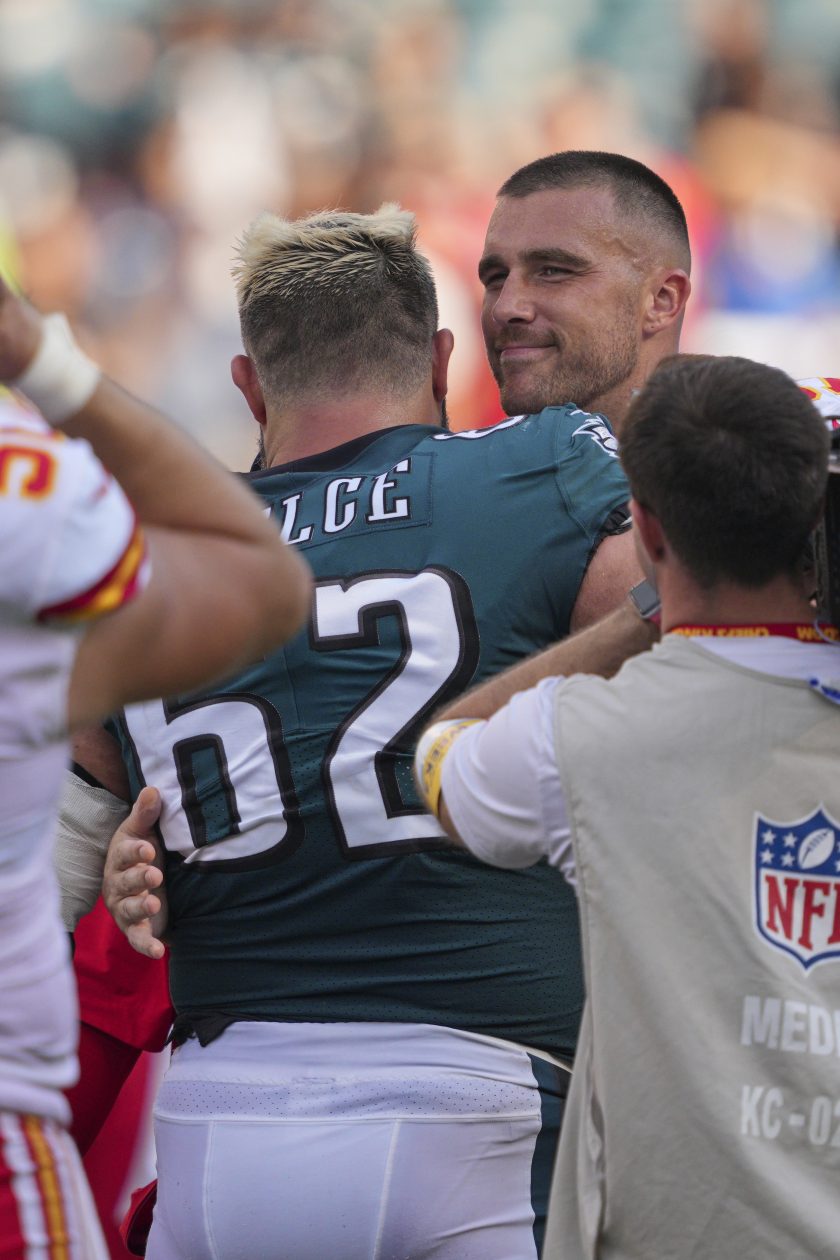 Jason and Travis Kelce are the most evenly matched brothers on the list. The younger Travis has had the slightly better career of the two with more Pro Bowls to his name. 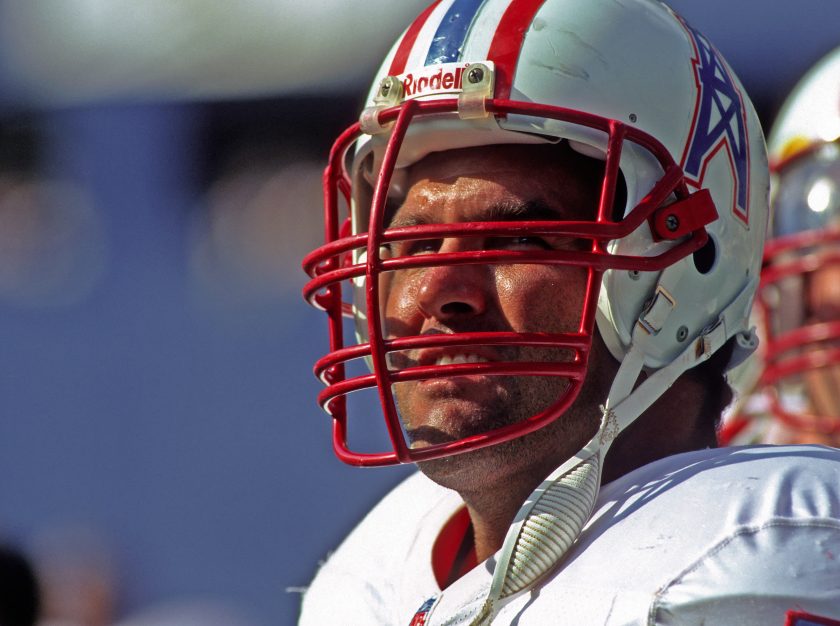 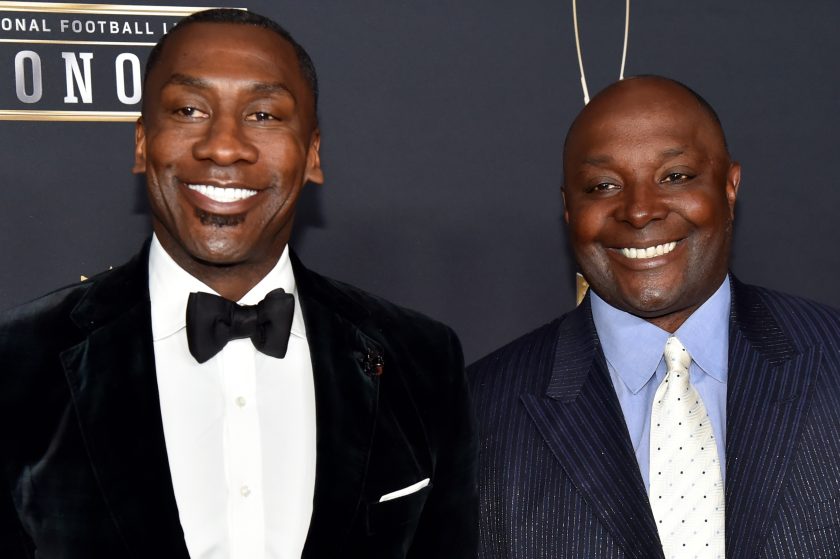 Shannon Sharpe may be more recognizable as a talking head these days, but he was pretty damn good as a player, too. The Pro Football HOF added Shannon Sharpe in 2011 for his play as the Denver Broncos (and briefly Baltimore Ravens) tight end. Shannon's older brother Sterling Sharpe was on hand for the ceremony. Sterling was no slouch himself. He played in five Pro Bowls while catching passes in Green Bay from Brett Favre.

And speaking of legendary quarterbacks... 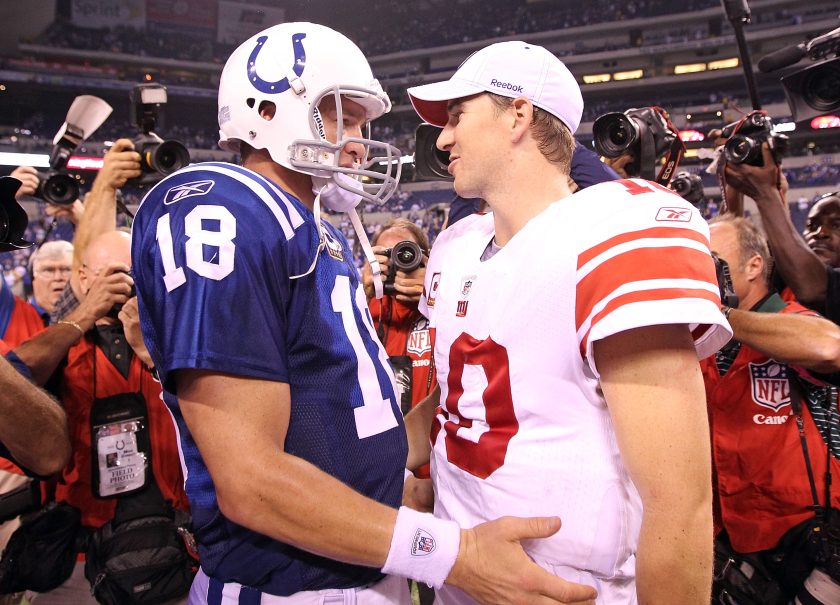 Admit it. You knew the Mannings were No. 1 before you even clicked on this list. You know it, I know it, we all know it. The list has only served to delay the inevitable. Eli and Peyton Manning are the greatest football brothers of all time. Legend has it that their older brother, Cooper Manning, was even better than his younger brothers.

But we'll stick to what we know. Peyton Manning is one of the best touchdown tossers of all time. Between the Broncos and Colts, Manning played in 14 Pro Bowls, won two Super Bowls, was named MVP five times, and is in the Hall of Fame. I had to get out a TI-84+ for Playoff Peyton's score.

Little brother Eli Manning is somewhat of a legend himself, though for not all the same reasons. Eli Manning ended his New York Giants career with two Super Bowl victories over Tom Brady, four Pro Bowl appearances and a perfectly balanced career win-loss record.

But the Manning Dynasty doesn't begin or end with these two goofy-looking potato thumbs. Their dad, Archie Manning, played quarterback for New Orleans back in the day.

Their older brother, Cooper, was on his way to the NFL before an injury ended his career. Their nephew, Arch Manning, is a five-star high school quarterback, already one of the top recruits in the country.

Even in retirement, the Manning Football Dynasty continues to rule, led by their two most famous NFL brothers.