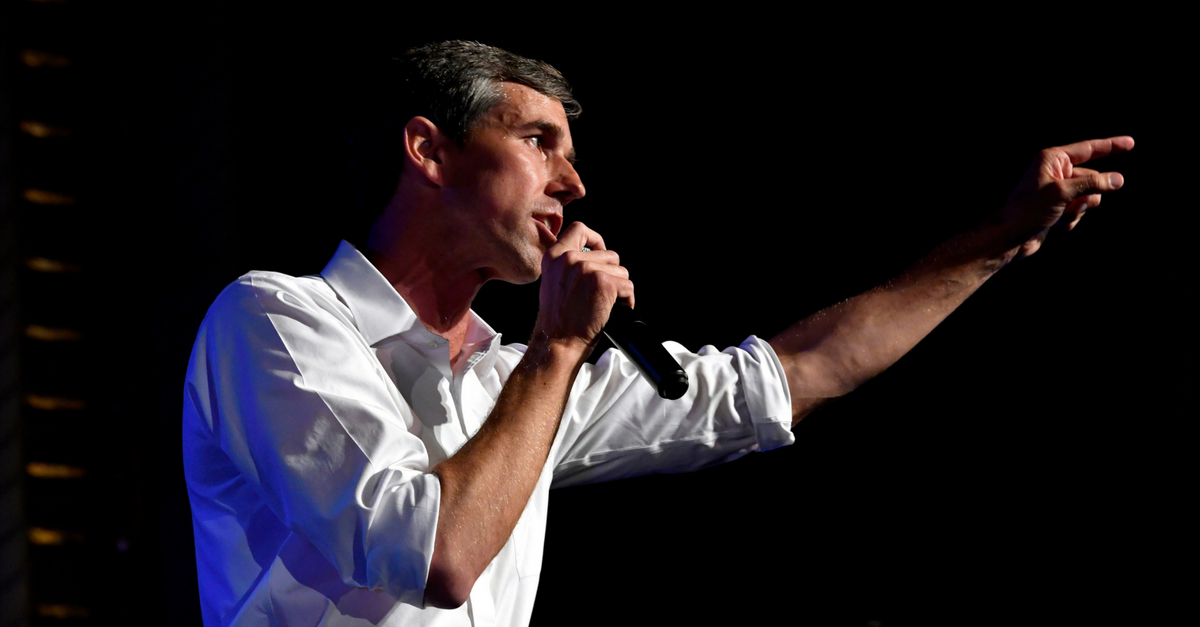 Beto O?Rourke is challenging incumbent Senator Ted Cruz for the U.S. Senate in Texas. That has nothing to do with sports, per say, but he definitely has a take on whether or not the NFL national anthem protests are disrespectful. Hint: It?s very popular with athletes and coaches.

There?s always a chance O?Rourke, a Democratic candidate, wasn?t expecting this topic to come up at a town hall meeting during a Senate race, yet he didn?t seem to skip a beat in making is point known in a video shared by NowThis.

O?Rourke does not believe NFL players kneeling during the playing of The Star-Spangled Banner, is disrespectful. In fact, it?s quite the opposite with the hot-button topic that has the league and even President Donald Trump involved.

‘I can think of nothing more American.’ — Beto O'Rourke — the man taking on Ted Cruz — brilliantly explains why NFL players kneeling during the anthem is not disrespectful pic.twitter.com/bEqOAYpxEL

?My short answer is no,? he said. ?I don?t think it?s disrespectful.?

Then some cheers erupted.

“Here’s my longer answer but I’m gonna try to make sure that I get this right because I think it’s a really important question. And reasonable people can disagree on this issue. Let’s begin there. And it makes them no less American to come down on a different conclusion on this issue, right??

“Peaceful, non-violent protests, including taking a knee at a football game to point out that Black men, unarmed, Black teenagers, unarmed and Black children, unarmed, are being killed at a frightening level right now, including by members of law enforcement, without accountability, and without justice. And this problem ? as grave as it is ? is not gonna fix itself and they’re frustrated, frankly, with people like me, and those in positions of public trust and power, who have been unable to resolve this or bring justice for what has been done and to stop it from continuing to happen in this country. And so non-violently, peacefully, while the eyes of this country are watching these games, they take a knee to bring our attention and our focus to this problem to ensure that we fix it. That is why they are doing it. And I can think of nothing more American than to peacefully stand up, or take a knee, for your rights, any time, anywhere, in any place.?

This was definitely a popular take on social media amongst athletes in coaches in football, basketball, and even soccer, too.

Every past & present fan of NFL – please listen – I believe he hit the nail on the head & he did so not by dividing the 2 sides but by joining them together in realizing the freedoms of our country have been forged by soldiers but also by many others who have fought in diff ways! https://t.co/zDxYgMAmAz

Please watch this and be reminded of what thoughtful leadership looks and sounds like. Thank you @BetoORourke for giving us a glimpse of our future. Things will get better! https://t.co/0ndoPbQEN8

No matter what side of the fence you sit on this topic, O?Rourke certainly made his stance known loud and clear.