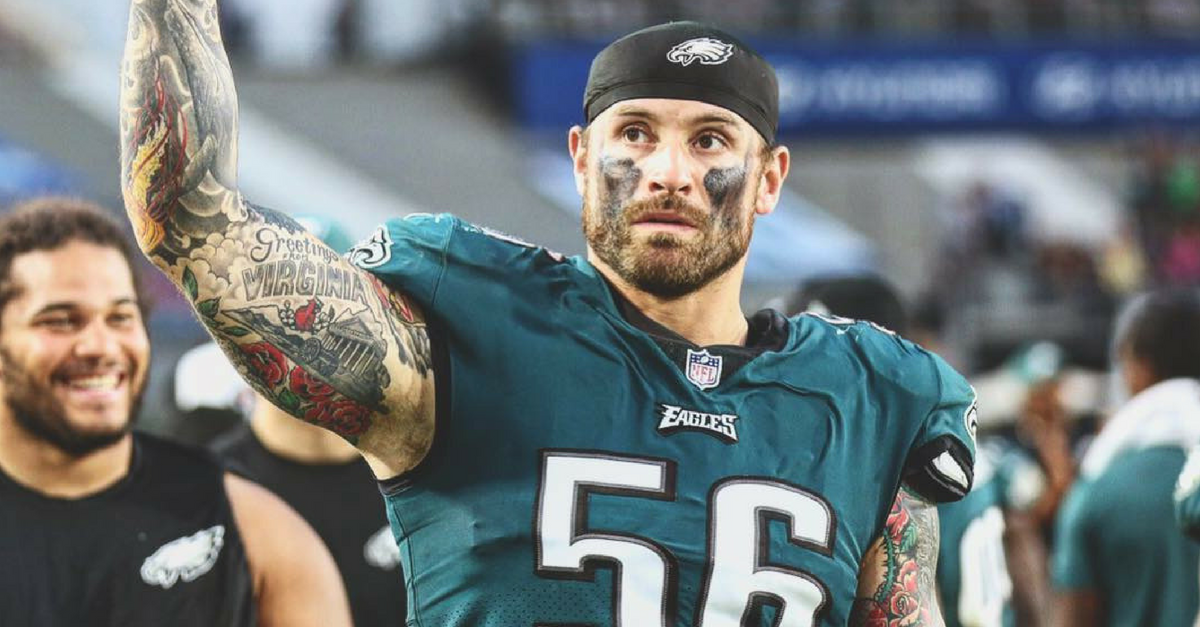 A traditional NFL offseason is filled with splash free agent signings, draft pick analysis, and speculation as to what franchise is primed to make a Super Bowl run. Fans scramble to organize their office fantasy football leagues and mock draft their way into some money, or a season of frustration at how bad your fantasy squad is, come Week 1 of the NFL season.

This offseason, though, is anything but traditional. It started with the Philadelphia Eagles being ousted from a White House visit by President Donald Trump, even though some Eagles staffers and players wanted to go for the once-in-a-lifetime experience. Then, the NFL announced their new anthem policy, which has been fervently opposed by the NFL Players Association, but it has also been widely accepted, and heralded as a success, by many fans asking the players show respect to men and women serving in the Armed Forces.

All that was left was for NFL teams to submit how they were going to punish players who protested during the anthem.

And now, the NFL is backpedaling on its ruling.

Amid the backlash, the NFL and NFLPA have come together to halt teams creating their own rules surrounding national anthem protests and the punishments involved. Together, they released the following joint statement:

Every season prior to training camp, NFL owners and teams are required to submit a list of disciplinary action to the league offices. The documents detail guidelines for how every franchise will handle conduct in violation of team and league rules.

When the Miami Dolphins filed their nine-page document to the NFL, the first team to do so, one ruling in particular stood out.

Under the section of “conduct detrimental to the team,” Miami listed that any national anthem protest would be met with a possible suspension up to four games, a fine, or both.

These new rules were supposed to support what the NFL and commissioner Roger Goodell intended; to save its broken image. The league, clearly, made no attempt to judge the public relations storm that would come with these disciplinary measures being submitted.

Many in the NFL world are turning a corner, condemning the National Football League’s short-sighted lack of preparation on the issues at hand.

I sat in NFL owners meetings for 20 yrs. They are serious discussions with all views heard and thoughtful discussion and debate. Very deliberative and smart. I said this at the time, I don’t know how this anthem policy came out of that room. Contradicts my experience.

Amazingly, the NFL has taken every single wrong turn on the path to handling the anthem issue. It almost feels bumbling by design.

It's like the NFL and its owners wake up every morning asking "what could we do today to keep the anthem story in the news for no reason?"

The NFL’s new national anthem policy states that states any player wishing to protest during the national anthem must remain in the locker room for the duration of “The Star-Spangled Banner” or be subject to discipline.

In the wake of players like Tennessee Titans defensive lineman Jurrell Casey spoke out at a London press event saying he will continue to protest and pay the fines, the NFL needs to take a firm stand on what they want this rule to accomplish. Does the league want to save its image, or do they really want to create dialogue, change and get to the heart of why this protest started?

The new policy goes into effect two years after San Francisco 49ers quarterback Colin Kaepernick became the first player to take a knee during the anthem. Kaepernick hoped to shed light on systemic police brutality and  racial inequality faced by minorities in the United States.

He wasn’t protesting American values or the National Anthem itself.

America will only be as great as our standard for it. If you love something, improve it. I humbly implore you to strive for progress in action everyday as passionately as we've celebrated an easy gesture. #NoHate #Compassion #Unity #Understanding

For now, at least, rulings coming from teams and owners are on hold while the NFL and NFLPA attempt to break their standstill agreement and, hopefully, have constructive dialogue on how to handle the new anthem policy.

READ MORE: NFL Player Says He Will “Be Done With Football” If Required to Stand for National Anthem