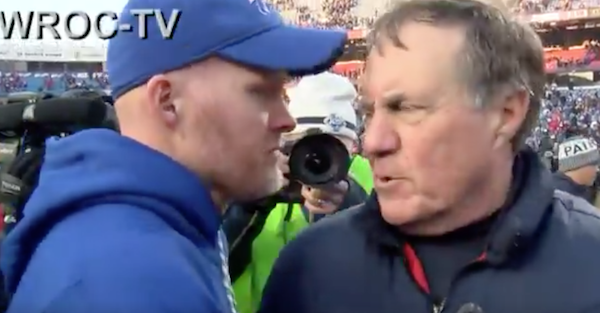 Bill Belichick apologizes to Sean McDermott for the Gronk hit that gave Tre' White a concussion. Called it bull%^&*. pic.twitter.com/qfkBB9bgid

Gronkowski was not ejected from the game, but he could face punishment from the league.

Brady also had to let out his frustrations in the team?s 23-3 win over the Bills, yet his was in the sense of hurting feelings, not someone’s physical well-being.