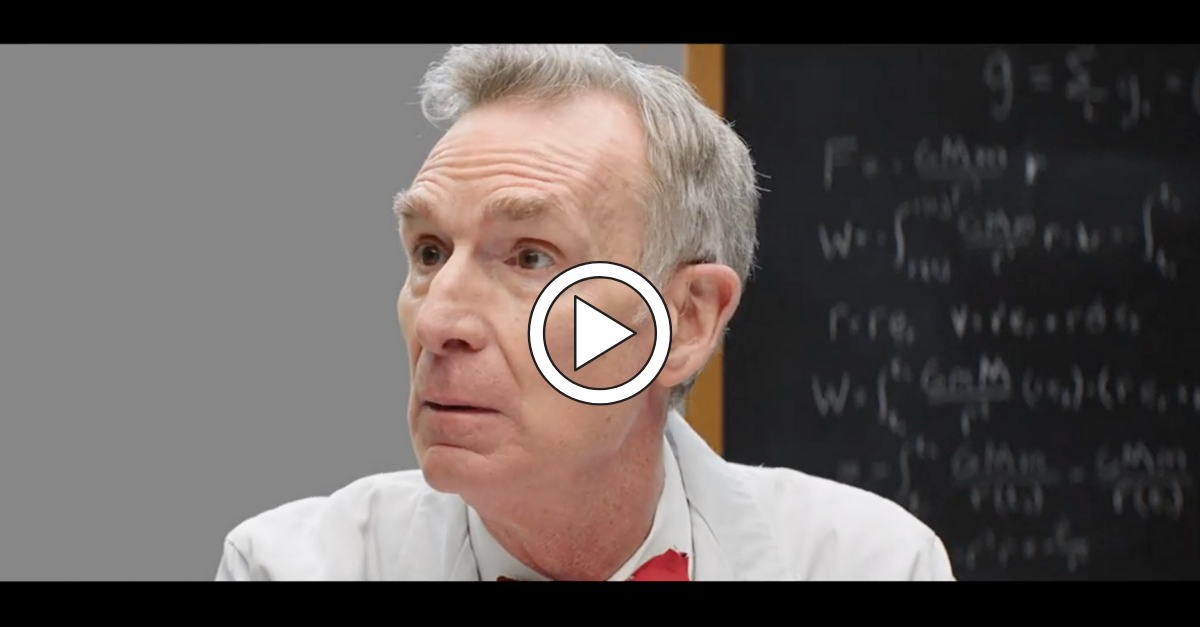 I talk and write about sports seven days a week, so the fact that I’m writing about a childhood icon as sublime as Bill Nye the Science Guy has me giddy beyond belief. But mix the world’s wackiest scientist and Super Bowl LIV in Miami? My head might explode from the excitement.

If you have no idea who Bill Nye is, shame on you. William Sanford Nye graduated from Cornell University in 1977, and he later invented the hydraulic resonance suppressor tube found on the Boeing 747. (From what I gather, this is what minimizes vibrations on these massive planes. So thank Bill Nye for your comfy rides.) As host of Bill Nye the Science Guy, the children’s program won 19 Emmy Awards during his run in the mid-1990s. His latest show ? Bill Nye Saves the World on Netflix ? tackles scientific research on climate change, alternative medicine, and the cross between politics and science.

But Mars exploration? That’s something even Bill Nye wasn’t sure about. Until now.

In a teaser for SodaStream’s Super Bowl commercial to air before Jennifer Lopez and Shakira’s halftime show, Bill Nye sips sparkling water and ponders the question of sending humans to Mars. Then, a person off camera whispers something, to which The Science Guy replies, “I may be wrong about that.”

As reported by AdAge, this will be SodaStream’s first Super Bowl ad in six years. The Pepsi-owned soda machine company’s commercial was created by Goodby Silverstein & Partners and was directed by Bryan Buckley.

Buckley was famously dubbed “King of the Super Bowl” and has directed at least 60 commercials for The Big Game.

Super Bowl 54 kicks off at Hard Rock Stadium, where the Kansas City Chiefs are slight favorites over the San Francisco 49ers. There will be tons of great commercials during the NFL’s crowning moment, but only one will be of the interplanetary variety.