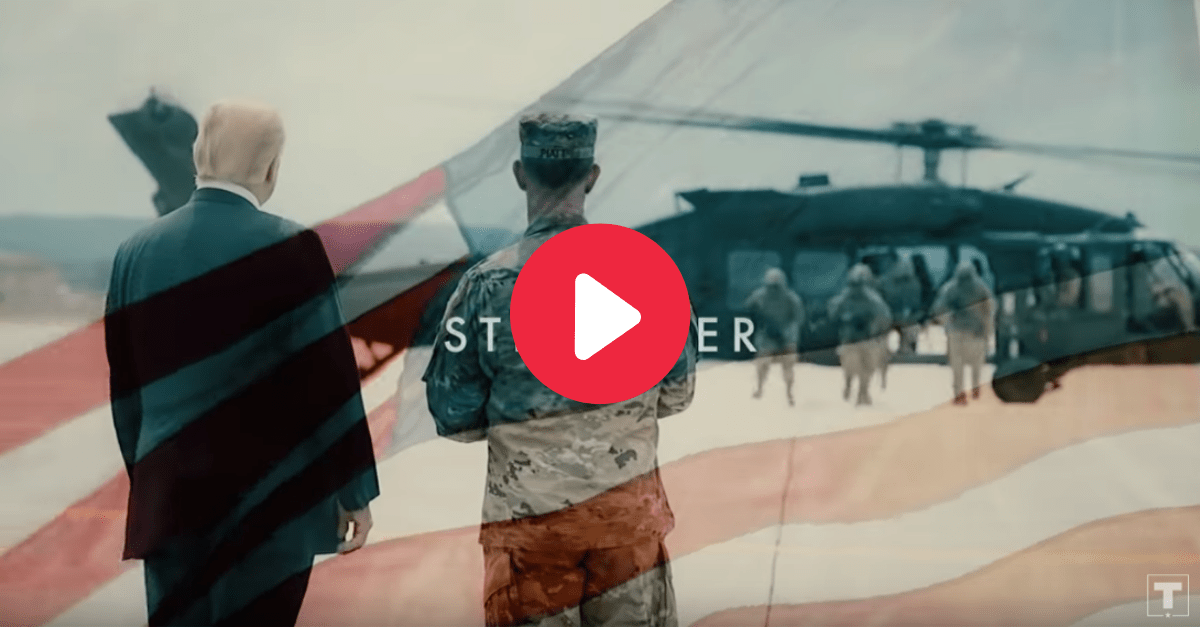 The division between sports and politics is sacred. When Colin Kaepernick brought his anthem protests to the NFL field, the heads of nearly every conservative in America collectively exploded. When Fox News host Laura Ingraham told NBA star LeBron James that he shouldn’t give political advice and “should shut up and dribble,” liberal media fired up the engines and had themselves a field day.

I can only imagine what will happen after President Donald Trump’s campaign reportedly completed a deal to run an advertisement supporting the President of the United States during Super Bowl LIV.

First reported by John Ourand of the Sports Business Journal, President Trump’s re-election campaign had agreed on “broad terms” to purchase a commercial spot during the country’s biggest sporting event. Details were scarce, as the reported deal was not finalized at the time, but Ourland pointed out that Fox was selling 30-second spots at a record $5.6 million for this game.

Politico later reported Trump’s Super Bowl commercial was a go, and multiple people briefed on those plans confirmed the 60-second advertisement would cost $10 million and run early in the game when viewership is highest.

The Super Bowl falls one day before the Iowa caucuses, in which Trump’s Democratic rivals for the presidency face a key step towards earning the party’s nomination.

UPDATE (January 30, 2020): A few days before the Big Game, a 30-second clip of President Trump’s Super Bowl ad was released to the public. In it, a narrator discusses how Trump’s presidency has made America “stronger, safer, and more prosporous than ever before.” Clips from news broadcasts discuss record-low employment numbers among Americans with special emphasis on African-American and Hispanic populations.

Because the 30-second clip contradicts Politico’s report of a minute-long commercial, this may only be a teaser of what’s to come on Super Bowl Sunday.

President Trump is no stranger to showing his face during major sporting events, especially as his re-election campaign heats up ahead of an election year. He was booed at UFC 244. He was booed (again) when he appeared at the 2019 World Series, then later ran a “seven-figure national ad” during Game 7 of MLB’s championship series that slammed the Democrats’ impeachment hearings.

On his third try, the President and First Lady Melania Trump were met with cheers and applause at a college football game between the Alabama Crimson Tide and LSU Tigers in early November. He later attended the prestigious Army-Navy football game for the second year in a row.

The President was expected to attend the College Football Playoff National Championship Game between LSU and the Clemson Tigers on Monday, Jan. 13.

This would be an unprecedented move for a sitting president to spend millions for a Super Bowl commercial, but it wouldn’t be the first political ad during the Big Game. Just last year, Georgia Democratic gubernatorial candidate Stacey Abrams appeared alongside Republican county commissioner Natalie Crawford for a “Fair Fight” Super Bowl ad. The $100,000 commercial aired only in Georgia.

President Trump regularly tweets during the Super Bowl and was interviewed by since-fired Fox News anchor Bill O’Reilly prior to Super Bowl LI.

During Super Bowl LIII, when the New England Patriots defeated the Los Angeles Rams, 149.0 million people watched the big game for at least six minutes, according to Nielsen’s TV ratings (via TechCrunch.com).

This year’s Super Bowl figures to not be as big of a snoozer as the 2019 title game, and if President Trump’s face is shining on plasma screens all over the world, there’s no telling how many people on both sides of the aisle ? football fans or not ? could be watching his campaign ad.

This article was originally published November 19, 2019. It was updated with Politico report on January 8, then again after President Trump’s re-election campaign released the 30-second commercial on January 30.