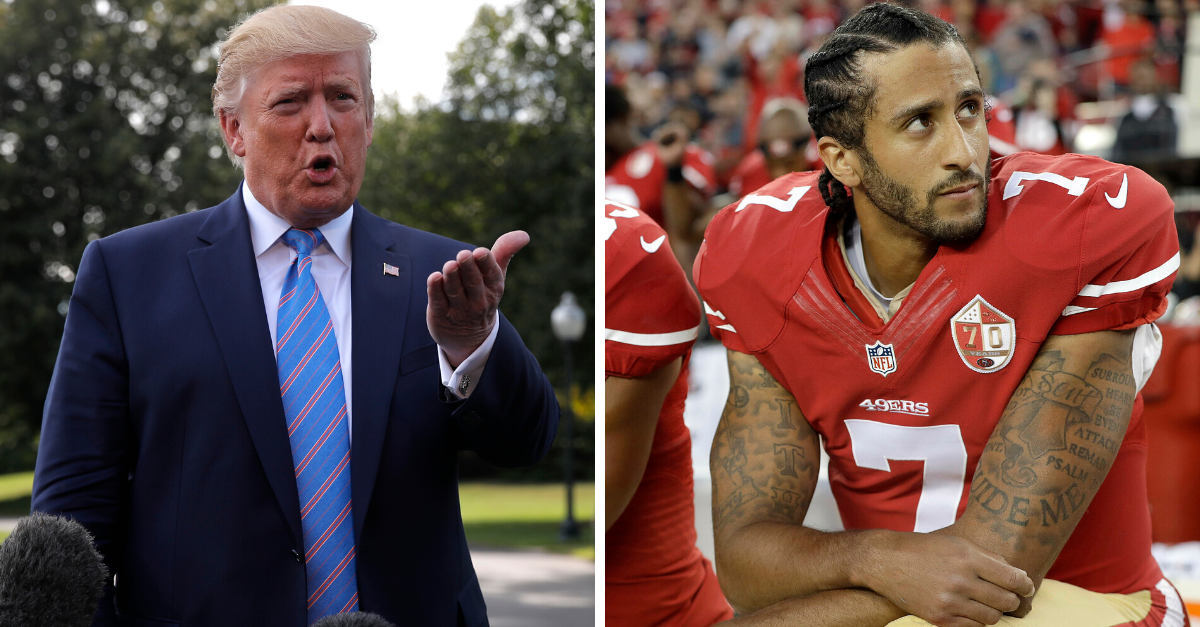 Imagine President Donald Trump and former San Francisco 49ers quarterback Colin Kaepernick at the same dinner table. What would they eat? What would the conversation be like? How awkward would it actually be? The two don’t seem to have a lot in common, but they both agree on one thing: Trump and Kaepernick would like the former NFL signal caller to get another chance to play football at the highest level.

Last summer, the free agent quarterback shared a video on social media that he wants to make his NFL return soon. “5 am. 5 days a week. For 3 years. Still ready,” Kaepernick posted.

Yet, not a single team has signed Colin Kaepernick since the end of of the 2016 season. There are likely several reasons why that hasn’t happened — perhaps some even about Kaepernick kneeling during the national anthem, protesting social injustice, racial inequality and police brutality — but it doesn’t change the fact that his phone hasn’t rang about a new football deal.

Talking to reporters on the South Lawn of the White House in August, someone asked President Trump, “Should Colin Kapernick get an opportunity to play in the NFL” and the POTUS gave a very straight-forward answer.

Reporter: Should Colin Kaepernick get an opportunity to play in the NFL?

Trump: “Only If he’s good enough. I know the owners, I know Bob Kraft. They will do anything they can to win games” pic.twitter.com/tTZHyL6oCH

It makes sense, right? After all, the NFL boasts the very best of the best football players in the world and anyone on the roster should meet that criteria. That’s the way Trump feels and definitely knows NFL owners like New England Patriots owner Robert Kraft would pick him up if he could help win his NFL team football games.

From tweets to national anthem protests of their own, NBA and NFL players have all supported former NFL quarterback Colin Kaepernick over the years. Many feel like he deserves another shot to play the game he loves and once helped the 49ers go to the Super Bowl against the Baltimore Ravens.

To Kaepernick, the collusion grievance settlement isn’t enough. He wants to play. And President Trump said he’d love to see it happen… but only if he’s good enough.