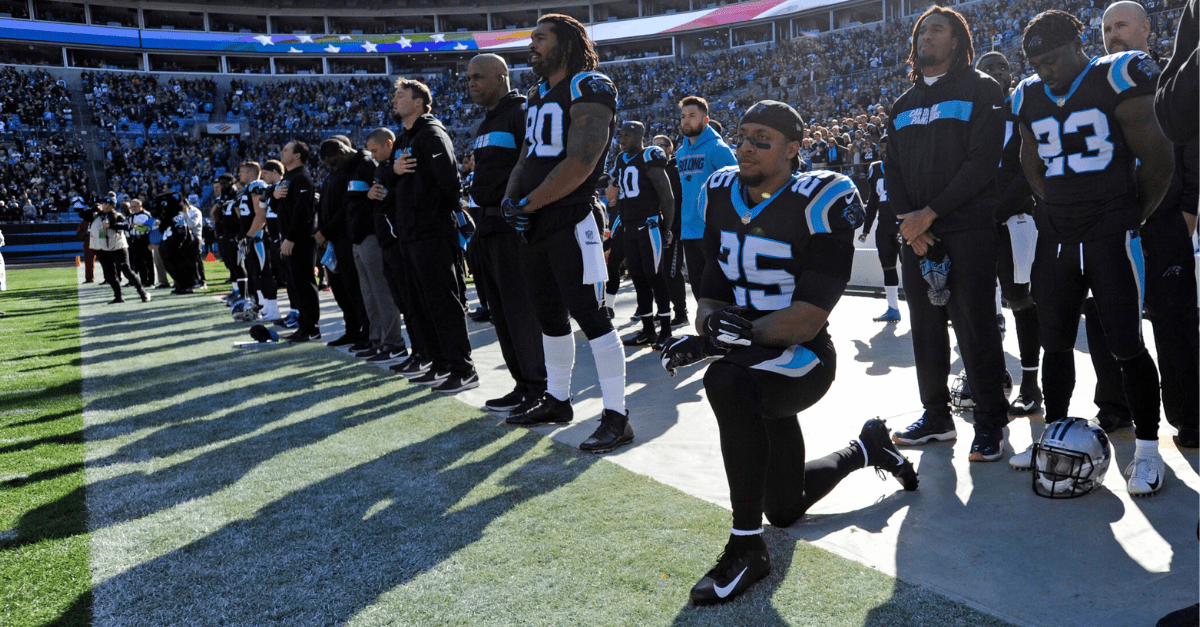 Carolina Panthers safety Eric Reid wasn?t the first NFL player to take a knee during the national anthem, nor will he be the last, but he?s definitely the most vocal about it right now. Without former San Francisco 49ers quarterback Colin Kaepernick in the league, the one-time Pro Bowl selection will not change his pregame habits. He will kneel during ?The Star-Spangled Banner? once again this season.

The collusion grievance settlement with the NFL isn?t going to stop him. Reid will continue to protest social injustice, racial inequality and police brutality before every game while trying to get ready to back up his new three-year, $22 million deal from this offseason at training camp.

?If a day comes that I feel like we?ve addressed those issues, and our people aren?t being discriminated against or being killed over traffic violations, then I?ll decide it?s time to stop protesting,? Reid said to the Charlotte Observer. ?I haven?t seen that happen.?

Panthers safety Eric Reid details for me what won't change for him in the 2019 season — and what will. An @theobserver exclusive interview:https://t.co/P0aXqTe4eB

Reid was a free agent when the Panthers signed him last season. The team definitely knew what was going to happen if they picked him up. Yet, it didn?t seem to bother anyone enough ? from owner David Tepper to head coach Ron Rivera ? to not sign him.

In 13 games last year, Reid recorded 71 tackles, including one sack and an interception. This is the type of player he?s always been since he was selected in the first round of the 2013 NFL Draft after a sensational career with the LSU Tigers.

He?s also always knelt during the national anthem, mainly alongside Kaepernick, his former teammate. No other player on the Panthers went along with the anthem protests, but it didn?t seem like a big deal in the locker room, either.

?It feels like we?re going backwards. You?d like to think we?re past certain things, the way we treat people. I thought we were at a time where you love your neighbor as yourself. But as I?ve studied history — it hasn?t repeated itself necessarily, but it?s dressed a little different and is acting the same.?

The Panthers have preseason games against the Bears, Patriots, Bills and Steelers. Most of those teams will be in the hunt for the playoffs this season. It will certainly be a good test.

It will also be another platform for safety Eric Reid to continue to do his thing.

?We?ve got to keep fighting,? Reid said. ?Got to keep agitating. Got to keep making sure that we put pressure on the people who make the laws, and the decisions, in this country.?