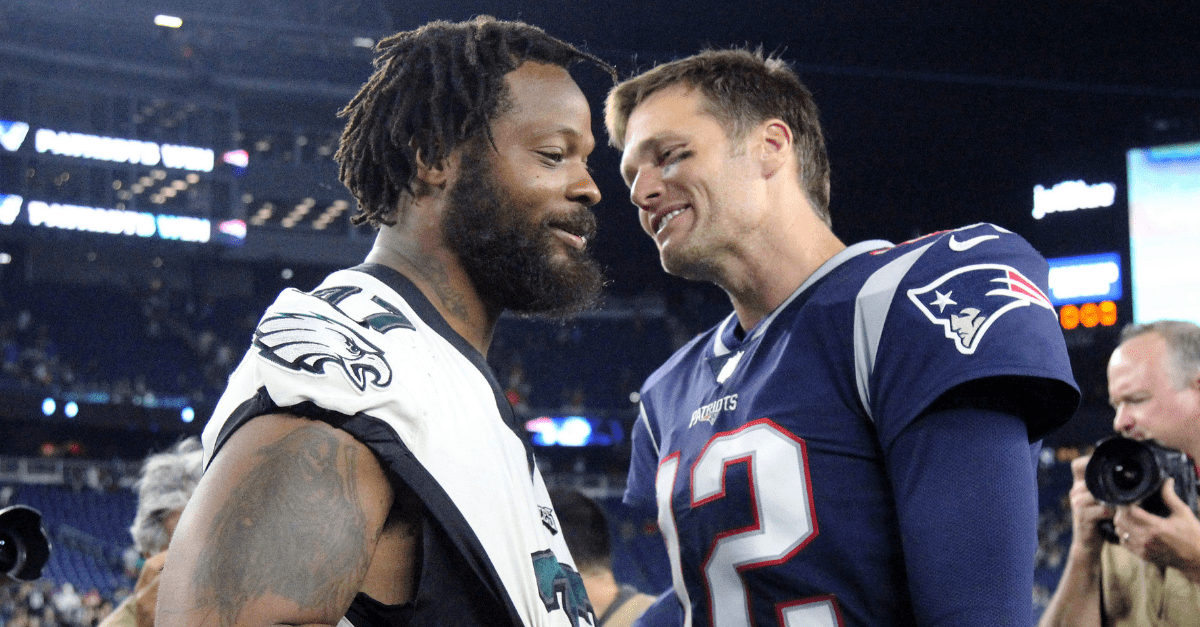 Michael Bennett has plenty of respect for the New England Patriots. In fact, he calls head coach Bill Belichick the ?Yoda of football.? That?s just not going to change his stance as to what he does during the national anthem at NFL games next season.

Ever since national anthem protests all started with San Francisco 49ers teammates Colin Kaepernick and Eric Reid, the 6-foot-4, 275-pound defensive end has joined in. He has always made clear his respect for the military, the flag, and the American way, but won?t stand for police brutality and systematic racism. That?s why he is the author of ?Things That Make White People Uncomfortable? and why he will remain in the locker room for the national anthem in 2019.

Speaking at Princeton University?s Richardson Auditorium, Bennett ? who was traded to the Patriots from the Philadelphia Eagles by swapping late-round picks in the 2020 NFL Draft ? understands Belichick and quarterback Tom Brady?s support of President Donald Trump, but, according to ESPN, he will continue to stay in the locker room during the playing of the ?Star-Spangled Banner.?

Michael Bennett told Patriots he'll be in the locker room for the national anthem https://t.co/EWijTbvk2y

After going undrafted in the 2009 NFL Draft out of Texas A&M, Bennett, a Houston, Texas native, has played for the Seattle Seahawks, Tampa Bay Buccaneers and Philadelphia Eagles before landing in Foxboro, Massachusetts. The dominant pass rusher recorded 327 career tackles, including 63.0 sacks, and was a key piece to the Seahawks? Super Bowl XLVIII championship.

Although it seems like an odd fit, especially considering Bennett?s role in supporting Kaepernick and the top of the Patriots organization supporting Trump, who is against national anthem protests, both parties hope this will not be an issue next season and moving forward.

This obviously can be a very unique situation here, but when it comes to playing football for the defending Super Bowl champions, it shouldn?t be an issue whatsoever.