WATCH: 2nd Graders Wrote Letters to Alshon Jeffrey, and Look Who Showed Up 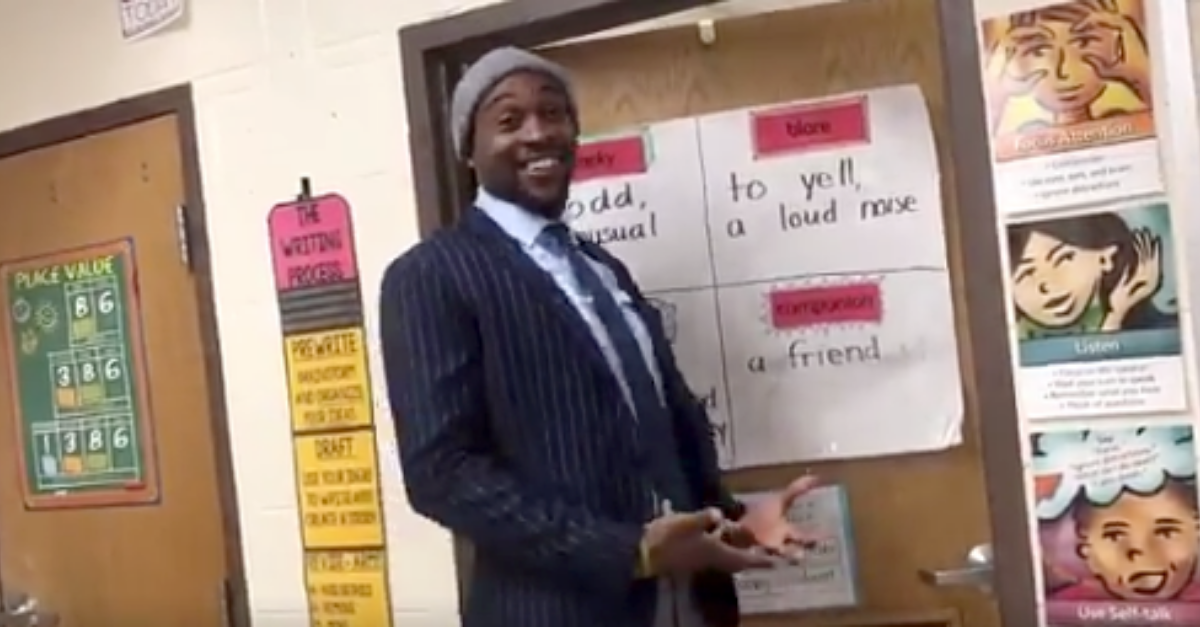 We all make mistakes. At one time or another, something happens to slip through our fingers that we can’t help but think about for a long time after. Fortunately, most of our mistakes as common, everyday people go unnoticed by the rest of the country. When you’re Philadelphia Eagles wide receiver Alshon Jeffery, though, everybody saw his mistake.

In the waning moments of the NFC Divisional playoff game between the Eagles and New Orleans Saints, Philadelphia quarterback Nick Foles sent a pass toward Jeffery that would have put the team deep in enemy territory. Well, that ball sailed right through the 6-foot-3 receiver’s usually-sure hands, and it was intercepted by Marshon Lattimore to end the game. Everyone scolded Alshon Jeffery for the blunder. That is, almost everyone.

A second grader from West Chester, Pennsylvania named Abigail Johnson hand wrote a letter addressed to Alshon Jeffery, and thanks to the always-awesome power of social media and her father, Raymond Johnson, it spread like wildfire with hopes that these words find the 28-year-old pass catcher as his offseason began.

Dear @TheWorldof_AJ, our second grade daughter is a huge fan and wrote you a letter in school yesterday. @Eagles #FlyEaglesFly #Eagles 🦅🦅 pic.twitter.com/N3bx7xLlQl

I am a huge Eagles fan. I watched the play last night. I was crying. It’s okay to [lose] a game you don’t always have to win a game. We couldn’t have won the Super Bowl without you last year. I think you are a awesome player no matter what. It takes lots of practice and [courage] to catch a ball. I think you are a good athlete. I love you! My whole family was rooting for you! Don’t give up on playing football. Keep [practicing]. Don’t get mad [easily] I know you can do it. We all know you are a good player.

All of the world’s cutest misspellings aside, anytime a young kid writes their favorite professional athlete some words of encouragement, we can’t help but get that warm, fuzzy feeling inside. But while Abigail’s letter earned the biggest praise and went viral, the other letters that her West Chester classmates also wrote to Jeffery found their way into the right hands.

As it turns out, Alshon Jeffery, the 28-year-old wide receiver from St. Matthews (SC) was listening, and he paid their class a special visit after the words of encouragement found their way to him.

WPVI TV anchor Jamie Apody caught the awesome moment on camera. The class was under the assumption they were going to FaceTime with the Super Bowl LII champion, but that just wasn’t good enough for the former South Carolina Gamecocks All-American.

MUST WATCH: Alshon Jeffery @TheWorldof_AJ surprises the 2nd graders from West Chester who wrote him letters of encouragement after the @Eagles loss to the Saints. Such a special moment – we told them we were trying to FaceTime him 😂#FlyEaglesFly#Eagles@6abc pic.twitter.com/WYgpPKb6VZ

Jeffery, who did catch five passes for 63 yards in Philadelphia’s final game of the season, received praise from his teammates following the dropped pass, but not as much as this second grade class did. Aside from all the high-fives, I’m sure the Eagles star picked up a few pointers on catching football from these awesome kids, too.