Colin Kaepernick will probably never play in the National Football League again. One knee during the national anthem of the 2016 season in protest of racial injustice and police brutality against people of color snowballed into a highly politicized league-wide movement and eventually a lawsuit against the NFL.

But the facts remain for the former San Francisco 49ers quarterback: Kaepernick took the 49ers to Super Bowl XLVII against the Baltimore Ravens in 2012. He was considered one of the best starting quarterbacks in the league and signed a massive contract that reflected that after the playoffs.

You could argue that before Kaepernick was kept out of the league by NFL owners he was on track for a Hall-of-Fame football career himself, though we can let Stephen A. Smith or Skip Bayless debate that.

Despite having not played in the league since 2017, the 34-year-old Kaepernick has built a sizable fortune from his playing days with the 49ers, endorsement deals and a settlement with the NFL. He even has a Netflix show called "Colin in Black & White."

Let's take a closer look at just exactly how he built his fortune. 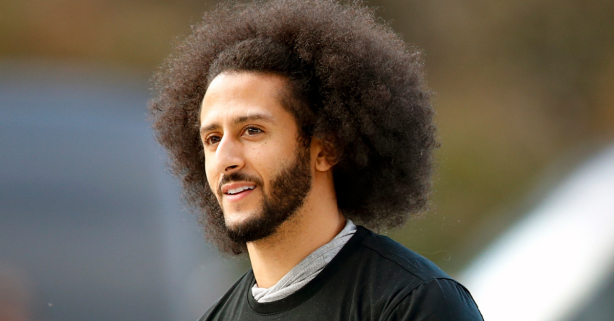 Born Colin Rand Kaepernick to Heidi Russo, he was adopted by Rick and Teresa Kaepernick and moved to California at a young age.

In addition to playing football, Kaepernick was a star baseball player at John H. Pitman High School (Turlock, California), a sport he excelled at so much he was selected by the Chicago Cubs in the 2009 MLB Draft. He then became a four-year college football standout at the University of Nevada, Reno from 2007-10. Twice he was named Western Athletic Conference Offensive Player of the Year.

The 49ers traded up with the Denver Broncos in the 2011 NFL Draft and selected the NCAA and WAC star in the second round (36th overall).

Kaepernick's rookie signing bonus was just over $2.2 million, according to Spotrac, and he made about $43.5 million over six seasons in San Francisco after taking over for starter Alex Smith, who he originally served as backup quarterback to.

Most of that money came from a seven-year, $126 million extension he signed in June of 2014 following a NFC Championship Game loss to the Seattle Seahawks that included a guaranteed $61 million. It later turned out the "guaranteed" money was only for injury.

He opted out of the last year of his contract in 2017 after posting one the best statistical seasons of his career in 2016, despite the team going 1-10 in his starts. Contrary to the beliefs of some, Kaepernick didn't turn down money. He opted out and became a free agent because the 49ers were going to cut him.

While the Milwaukee, Wisconsin, native hasn't played in any professional league since, reports indicated he asked for a $20 million salary to play in the now dead American Alliance of Football. Judging from the AAF's financial problems, it's probably a good thing Kaepernick never signed with a team.

RELATED: Colin Kaepernick's Girlfriend Always Has His Back & Speaks Her Mind

Nike made Kaepernick the face of its 30th anniversary "Just Do It" ad campaign in 2018 that included an absolutely chilling commercial. But just how much did the activist take home from his deal with the world's largest sportswear brand?

Money.com took a look and estimated it at "millions of dollars" per year. While it's hard to put an exact figure on Kaepernick's deal, the publication points out that Serena Williams and Odell Beckham Jr., who both starred in the ad, make between $5 million and $10 million per year as part of their deals.

Nike actually signed Kaepernick in 2011. But this deal is almost certainly a larger scale one. As Yahoo NFL reporter Charles Robinson reported, Nike is planning a whole branded line in Kaepernick's name.

Kaepernick had other endorsement deals with Beats By Dre headphones, McDonald's, Jaguar, Electronic Arts and MusclePharm. Moneynation.com claimed he was making $3 million per year in endorsements at one point.

Lawsuit Against The NFL

Other players on both teams raised a fist. pic.twitter.com/ARbyoQDwBP

Kaepernick filed a grievance against the NFL in 2017, accusing the league of blackballing him from the league because of his on-field protests. Kaepernick and teammate Eric Reid's collusion case against the league concluded in February of 2019, as the NFL paid an undisclosed amount to settle the case.

As the New York Times noted, Kaepernick didn't post anything on social media following the settlement but instead retweeted a statement from his lawyer.

No one can be sure except those involved in the confidential case, but many have speculated just how much the NFL paid Kaepernick. Bleacher Report's Mike Freeman reported the settlement was between $60 and $80 million, but later reports estimated that figure was less than $10 million.

Kaepernick has also done plenty of charity work. He donated $1 million of his own money to 37 different justice-fighting organizations as part of his "Million Dollar Pledge".

Kaepernick was also able to rally the support of other star athletes like Serena Williams, Steph Curry and Kobe Bryant to raise an additional $400,000 for these organizations. You can read more about his mission on his website.

He and his girlfriend Nessa Diab started the Know Your Rights Camp, and in April 2020 he donated $100,000 toward the organization's coronavirus pandemic and COVID-19 relief fund.

Since his protests and justice movement, Kaepernick has won numerous awards including the 2017 Sports Illustrated Muhammad Ali Legacy Award, 2017 GQ Magazine Citizen of the Year and a 2018 Harvard W.E.B. Du Bois Medal. 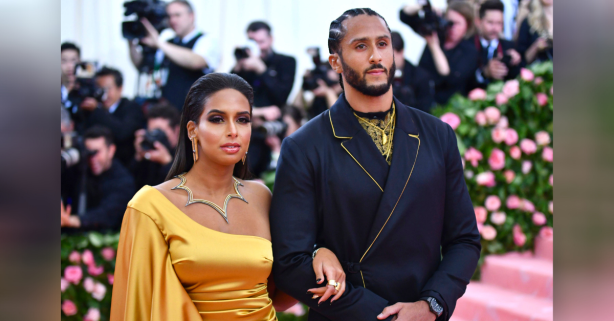 Kaepernick may have ultimately lost money through his protests, as he probably would've been an NFL quarterback for a long time. Even the average starter makes at least $20 million per year.

After factoring in his NFL contracts, endorsements and legal battle with the NFL, Kaepernick's net worth is estimated to be about $20 million in 2021, according to Celebrity Net Worth.

While Kaepernick may never call himself an American football quarterback again because of his activism, there's no denying his name, face and likeness are worth every penny companies like Nike are paying him. He's one of the most polarizing football players and athletes in the United States, and the civil rights activist should keep cashing out while fighting racial inequality and everything else he believes in.