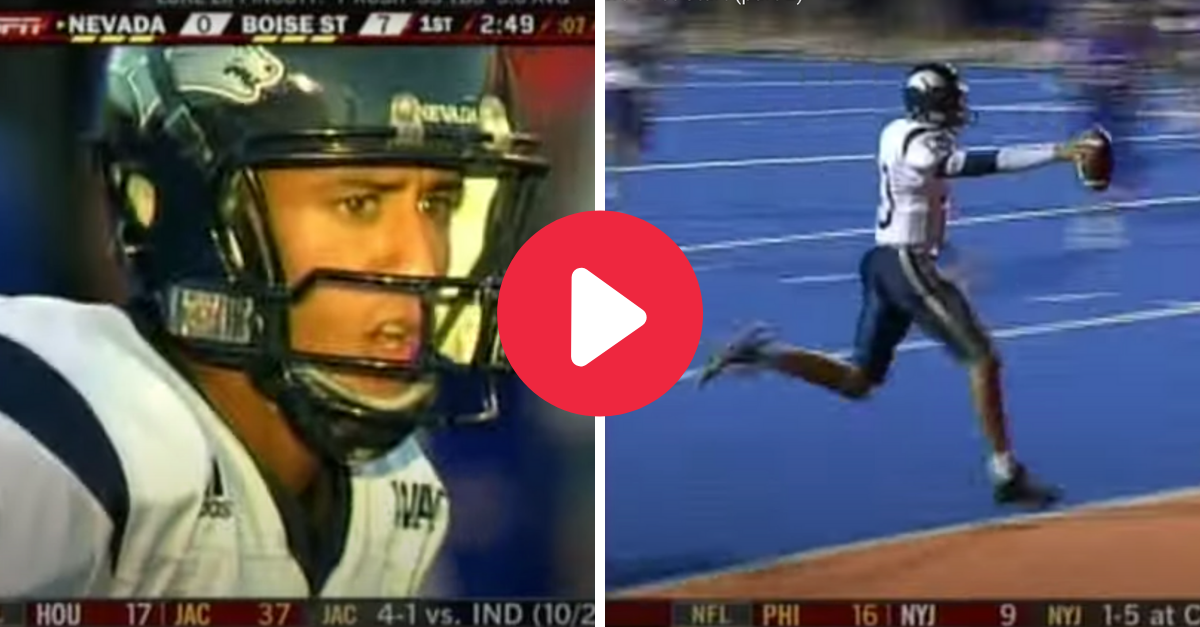 A lot has changed for Colin Kaepernick since he was setting records in college. Since taking a knee during the national anthem to protest police brutality and racial injustice in 2016, he has become the face and voice of a movement.

Few NFL players can say they’ve been called out by President Donald Trump, released a signature shoe that sold out immediately and starred in one of Nike’s most-memorable, spine-tingling commercials of all time. Now, he’s more activist than he is quarterback. But that doesn’t mean he couldn’t sling the pigskin with the best of them.

Kaepernick in six seasons with the San Francisco 49ers posted a better career passer rating than Dan Marino, Brett Favre, Jim Kelly and more Hall-of-Fame quarterbacks. He threw 72 touchdowns and rushed for another 13 over that time, taking the Niners to Super Bowl XLVII. Pro Football Focus even said he was the team’s most valuable player over the last decade.

Before he was playing in the Super Bowl, Kaepernick was torching players at Mackay Stadium in Reno, Nevada, for the University of Nevada Wolf Pack.

In fact, he rewrote the FBS record book.

Let’s reiterate the fact that he accounted for 141 touchdowns in college. That’s absurd. No one in Division FBS college football had EVER passed for 10,000 yards and rushed for 4,000 yards in a career until Kaepernick came along and did it. His 59 career rushing touchdowns tied Eric Crouch’s FBS record.

As a senior, he gained more than 3,000 yards through the air and more than 1,200 on the ground. The WAC Co-Offensive Player of the Year (also, Kellen Moore) hit the rare 20-20 mark (20 passing touchdowns, 20 rushing touchdowns), a feat that only Florida’s Tim Tebow had ever accomplished at the quarterback position.

It’s no surprise that the 49ers selected him in the second round of the 2011 NFL Draft and made him their franchise quarterback in favor of Alex Smith.

But Kaepernick was destined for greatness ever since his first NCAA start.

Kaepernick was just a wide-eyed redshirt freshman when Nevada head coach Chris Ault made him the starter against the Boise State Broncos on October 14, 2007, in Boise, Idaho.

Yet he blazed the Broncos on their blue turf for 243 passing yards and three passing touchdowns. Oh, and another 177 rushing yards and two rushing scores. Kaepernick accounted for five touchdowns in a game that Nevada lost 69-67 in four overtimes. Four freakin’ overtimes!

Kaepernick used his long legs and rocket arm to impress often. Just watch the highlights of the game to get an idea of how good this kid was going to be.

While his team couldn’t slow Boise State’s offense enough for him to win his first start, he got his revenge. Three years later in 2010, Kaepernick and the Pack beat an undefeated Boise State Broncos team, 34-31, snapping their 24-game win streak. It was also Nevada’s senior night and Kaepernick’s final home game.

Colin Kaepernick might be a household name now for completely different reasons, but his football legacy began in that wild, quadruple overtime football game against Boise State.

MORE: Colin Kaepernick?s Net Worth: No NFL? No Problem