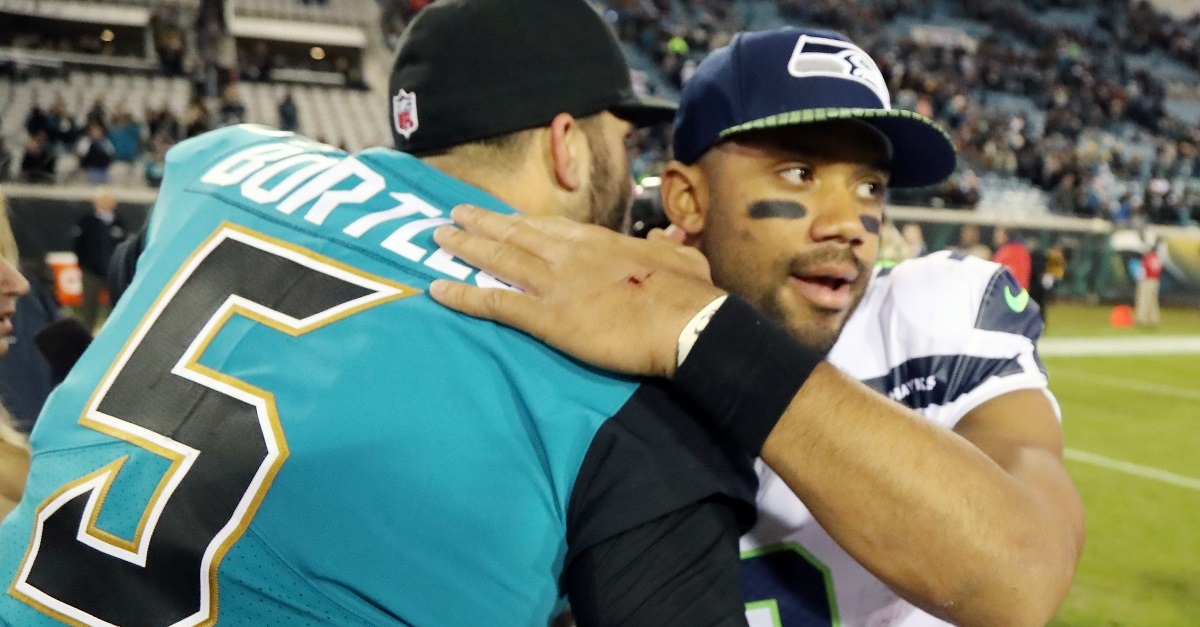 As the former third overall pick in the 2014 NFL Draft, Jacksonville Jaguars quarterback Blake Bortles has endured a lot of criticism thus far during his short career.

While Bortles has shown signs of being a great quarterback at times, he has also played poorly as well. He threw for 35 touchdowns two seasons ago, but he was also picked off 18 times and completed just 58.6 percent of his passes that season.

Things for Bortles this season seem to have changed quite drastically recently as he is currently playing the best football of his career with the Jaguars. He currently leads all quarterbacks in the NFL during the month of December in yards per attempt (9.9), touchdown to interception ratio (7-0) and total quarterback rating (85).

Bortles was asked on Wednesday about the criticism he has faced and his answer was outstanding:

Jaguars QB Blake Bortles on the criticism he has faced and how he's amassed those critics: "If how we're playing and how I'm playing is trash, then I'm fine being trash."

Despite an uptick in his play recently, Houston Texans defensive end Jadeveon Clowney still called Bortles a “trash” quarterback despite Bortles and the Jaguars embarrassing the Texans with a 45-7 win on Sunday. Bortles threw for 326 yards and three touchdowns while completing 21-of-29 passes during that game.

A big reason why the Jaguars are 10-4 this season and looking to win their first division title since 1999 is their defense. They currently rank first in the NFL in several key defensive categories and they could even secure a top-two seed in the AFC with some help.

While the defense has been outstanding this season, Bortles has made plays when he’s needed to and it seems as though he’s regaining confidence that may not have been there at the beginning of the season.