James Robert Kalsu was born in Oklahoma City, Oklahoma. He went to Del City High School and was a standout All-American football player for the University of Oklahoma. In the earlier days of the National Football League and American Football League, football could probably be best described as smash-mouth. No, somebody didn't once tell me...

In that time, football was played in the trenches. Kalsu was an offensive lineman who needed to dig in and open those lanes for his running backs. He quite literally paved the way for others to advance. When playing college football, Kalsu excelled. Though, despite that, he fell far down in the draft. But falling in the draft is one thing if you don't hear your name. For Kalsu, he was falling into the perfect hands. 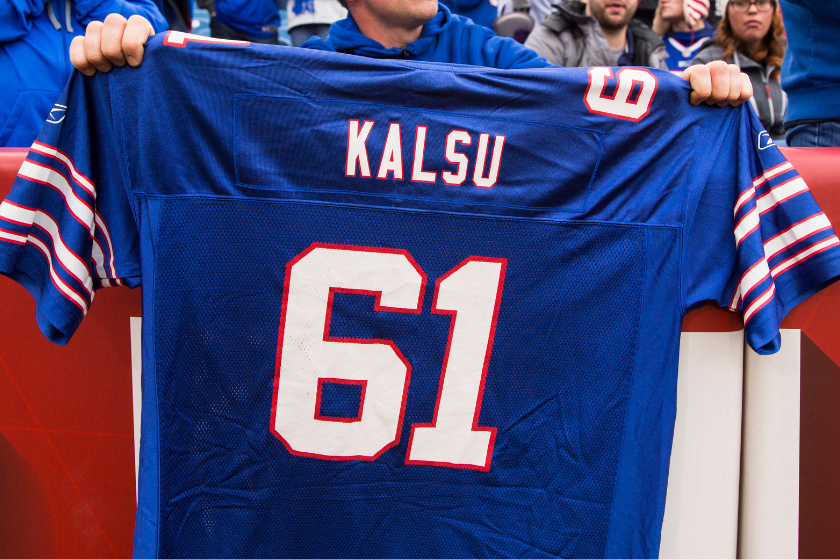 In 1968, Kalsu, who went by Bob, was drafted in the eighth round of the NFL/AFL draft, taken 199th by the Buffalo Bills.

He was named the team's Rookie of the Year after a stellar season in 1968. At this time Bob married Jan Kalsu, had his first child, Jill, and Jan was pregnant with their first son, James Robert Kalsu Jr. While he didn't play with them for long, Kalsu is one of those Buffalo Bills players who still lives on in the team's lore today.

In addition to being a star Oklahoma Sooner, Bob Kalsu also was a member of The University of Oklahoma's Army ROTC. A proud player, friend, and exemplary leader, Kalsu had his sights set on a professional football career as well as serving in the US Army. And that very quickly came true for him. Bob was only 25, and had to say goodbye to his wife and daughter not knowing that he was never going to see them again. His son, Bob Jr, was not yet born.

Bob entered the US Army as a second lieutenant during the Vietnam War, and found himself on the front lines in 1969 with the 101st Airborne Division. Whether NFL player or soldier, Kalsu's name was synonymous with honor. While his friends begged him to go the route of other pro athletes, who served in the National Guard reserves and continued playing, Kalsu insisted on going into active duty anyway.

Bob Kalsu's Name is Called to Serve His Country 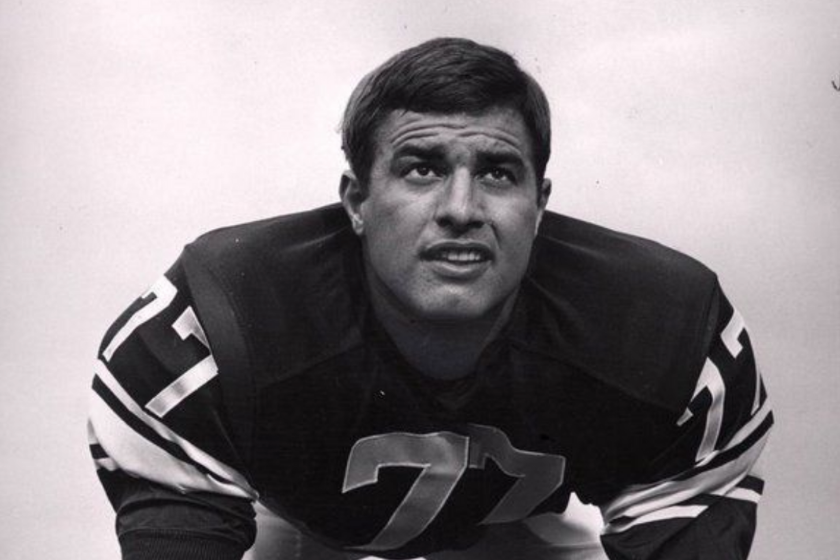 Sports Illustrated's William Nack wrote a beautiful piece back in 2001 that outlined how truly extraordinary a human Bob Kalsu was. In it, I found this particularly poignant:

"?Kalsu was really a boy trapped inside a large man's body--a player of pranks whose high-pitched cackle would fill a room. He laughed so heartily that he drooled, the spittle coursing from the corners of his mouth down around his dimpled chin and on down his chiseled neck. Once, on hearing the punch line of an off-color joke, he slammed a fist so hard on an adjoining barstool that the stool broke into pieces. He had the appetite of a Komodo dragon, but he loved kids even more than food. Some valve must have been missing in his psyche: His ego, unlike that of most jocks, was not inflatable. He always favored the underdog (he arranged the selection of one girl as high school homecoming queen because no one paid her much mind), and he turned down a high school sports award on grounds that he'd already received too many. "It'll mean more to somebody else," he told his mother, Leah."

What I love so much about this is the complete humanization of this gentle giant. That through the trenches he did what needed to be done, but it was always for a greater cause. His love and humanity really shone through everything he did.

Nack also goes into incredible detail surrounding the circumstances in South Vietnam, and everything that happened from his arrival to the death of Bob Kalsu.

For me, I'll never truly understand the justification for war. Or the need for an army. Or anything to do with guns. But that's not meant to take away from the pedestal that men like Kalsu deserve to be on. Being from Boston, I know all about Ted Williams putting his MLB career on hold to serve in World War Two. And then his return to the game afterward. I was in high school when Pat Tillman turned in his helmet to serve in the middle east, ultimately giving his life.

Bob Kalsu's Name is Immortalized on The Wall 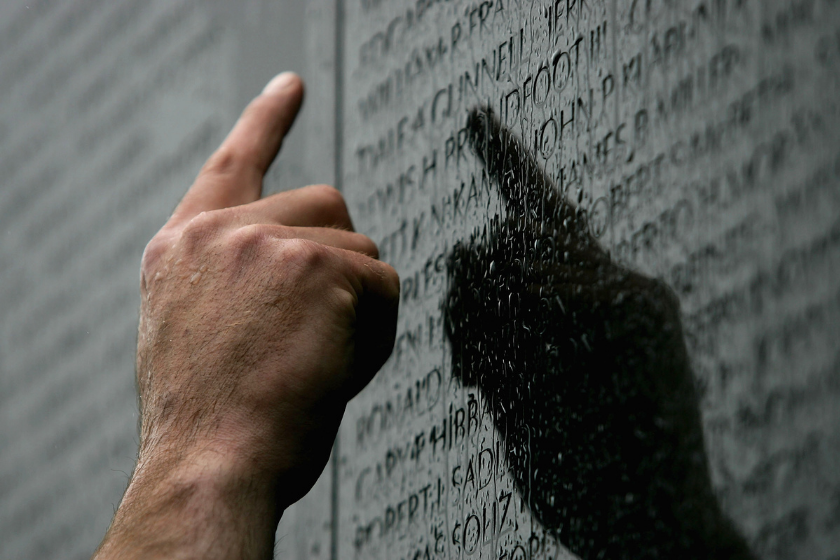 Before Tillman, Bob Kalsu was the last American athlete to be killed in action. On July 21st, 1970, the day on which Bob Jr was due to be born, Lieutenant Kalsu lost his life at Firebase Ripcord. After an awful battle near the A Shau Valley in Thua Thien Province, Kalsu, unfortunately, succumbed to a mortar attack.

For the last three weeks he was on that rock, it was under increasing siege, and his men saw him as one of them, a grunt with a silver bar working the trenches of Ripcord and never complaining. "He had a presence about him," says former corporal Renner. "He could have holed up in his bunker, giving orders on the radio. He was out there in the open with everybody else. He was always checking the men out, finding out how we were, seeing if we were doing what needed to be done. I got wounded on Ripcord, and he came down into the bunker. My hands were bandaged, and he asked me, 'You want to catch a chopper out of here?'" Renner saw that Kalsu had been hit in the shoulder. "I saw the bandage on him and saw he was staying. I said, 'No, I'm gonna stay.'"

For his service, Bob Kalsu was awarded the Bronze Star, Purple Heart, and a slew of other decorations. He was the only American athlete to lose his life in Vietnam. While he had dreams of going from the NFL Draft to the Super Bowl, he also felt the calling to serve his nation. To pick up those who have fallen. To lift the downtrodden. To remind everyone that, above all else, empathy is the key to humanity.

And though he will be remembered on the Bills Wall of Fame, James Robert Kalsu will always be remembered by Vietnam veterans as their gentle giant. A man who would never ask of anyone something he isn't willing to do himself.

It's been nearly 52 years since his passing. As we wake up on this Memorial Day of 2022, whether we agree with the concept of war or not, it's imperative that we remember those who sacrificed their lives for our ability to live how we do today. Bob Kalsu's name should not be forgotten, and it's our job to ensure that his and the millions of other Americans who gave the ultimate sacrifice for this country, never fade.