I can't begin to imagine what losing a loved one to military service is like. I have family members and lifelong friends who served, but all of them returned home better men and women for it. That pain doubled when someone like former NFL player and U.S. Army Ranger Pat Tillman was taken from the world by friendly fire.

On April 22, 2004, Tillman was killed in a mission to retrieve an Army Humvee that broke down in the mountains of Afghanistan after sunset. Believing Tillman's squad was an enemy group, Sgt. Greg Baker and his men fired on their position, killing Tillman and then-19-year-old Bryan O'Neal.

Tillman's family was initially told the incident was an enemy ambush -- It took a month-long investigation for the truth to be revealed. Ex-Army Ranger Steven Elliott, one of the men who followed his commanding officer's lead and shot at Tillman's position, told NPR back in 2014 that he's struggled with alcoholism, PTSD and divorce as a result of the tragedy.

The All-American safety for the Arizona State Sun Devils grew into an All-Pro player for the Arizona Cardinals. After 374 tackles, three interceptions, 15 pass deflections and three forced fumbles in 60 career NFL games, Tillman turned down a multi-million dollar contract offer to enlist in the U.S. Army following the terrorist attacks on September 11, 2001.

He was beloved by millions, but perhaps no one was impacted as hard as his wife, Marie Tillman. 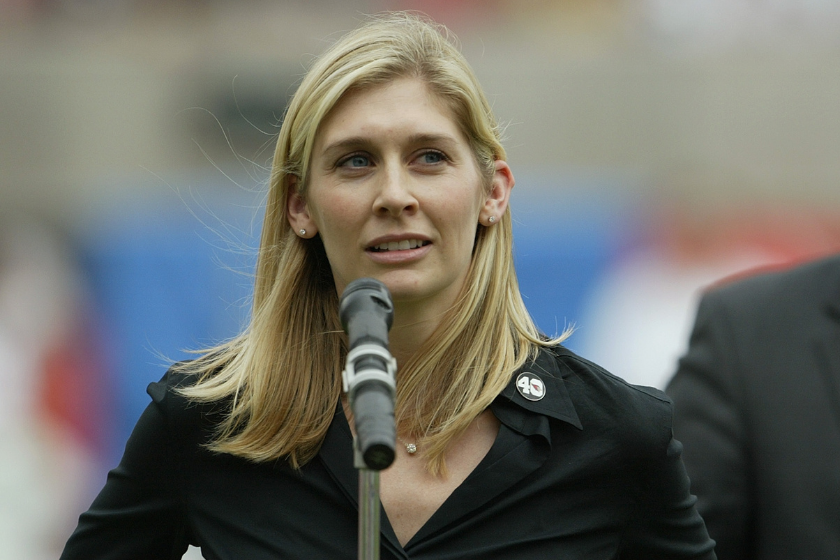 Marie and Pat met at Leland High School in Fremont, California -- Pat was a star football player and Marie was a cheerleader. While Pat pursued his football scholarship at ASU, Marie turned her attention to the University of California, Santa Barbara and graduated with honors, later working in Marketing and Production for The Arizona Republic and ESPN.

Shortly before Pat enlisted in the U.S. Army, the couple married.

Both were fierce in their careers, and even more so in their personal lives. Both kept journals over the years, and Marie eventually turned hers into a book titled, The Letter: My Journey Through Love, Loss, and Life.

The namesake of that book is a handwritten note Pat left for his wife shortly before his deployments to Iraq and Afghanistan. The "just in case" letter wasn't meant to be opened, but hours after learning of his death, Marie opened the sealed envelope for the first time to find Tillman's last request to his wife.

Pat Tillman's Letter to His Wife 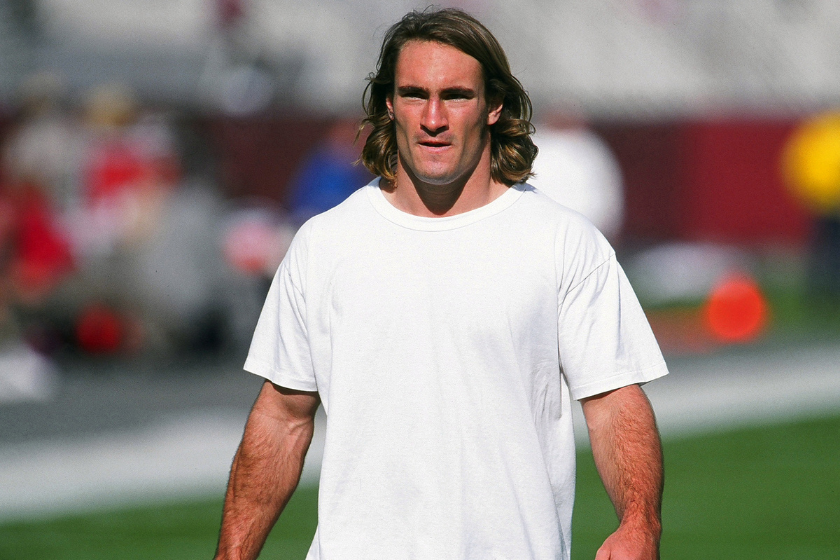 "Through the years I've asked a great deal of you, therefore it should surprise you little that I have another favor to ask. I ask that you live."

Tillman turned to a life of philanthropy. Today, she is Chairman and Co-Founder of The Pat Tillman Foundation, which works to "unite and empower remarkable military service members, veterans and spouses as the next generation of public and private sector leaders committed to service beyond self."

Marie spearheaded launching the Tillman Scholars program back in 2008, which awards millions of dollars to active service members and veterans working towards the next phase of life. According to the foundation's website, there have been 635 Tillman Scholars and $18 million invested as of April 2020 in "the continued pursuit of education" for United States veterans

Tillman re-married to investment banker Joe Shenton and now has five children. She also launched Mac & Mia, a website to help busy parents purchase clothes for their kids that are both hand-picked and affordable.

Marie Tillman, Pat Tillman's Widow: 'I Can't Speak for Him, Neither Can You' https://t.co/RSeSK7LI7Y pic.twitter.com/wiKwU9HM9E

When former San Francisco 49ers quarterback Colin Kaepernick took a knee to protest racial injustice and police brutality during the national anthem, many critics used Tillman's death in the Iraq War as an argument that Kaepernick, and the thousands of people who followed his lead, were wrong and disrespecting veterans.

The long debate surrounding this topic has taken hold of not just the NFL, but multiple leagues and has even reached European soccer. Even as recently as May of the 2022 MLB Season, San Francisco Giants manager Gabe Kapler told the media that he would not be taking the field for the National Anthem until  he feels "better about the direction of our country." Kapler's comments came just days after the elementary school shooting in Uvalde, Texas, took the lives of 19 children.

After Kaepernick's critics began using her husband to prop up their arguments, Marie Tillman wrote an op-ed for The Washington Post defending her husband as a "free thinker" who "would have engaged in thoughtful and respectful discourse" rather than meet Kaepernick's protests with hate.

"So while I still refuse to speak for Pat," she wrote. "I will speak as a widow, a wife, a mother, an American and, yes, a patriot."

Here is an excerpt from Tillman's essay, via Newsweek:

"I think that patriotism is complex, like Pat himself. It is not blind or unquestioning. And it's a fool's errand to argue over who's allowed to claim sacrifice. Many of the kneeling athletes say they are protesting as American patriots who want the nation to be better than it is. When I look around at the vitriol aimed at them for expressing their beliefs, and at the compulsion to simplify complicated issues to pit people on opposing sides, I want to kneel, too. Because I believe we are at our best as Americans when we engage in constructive dialogue around our differences with the goal of understanding one another."

Pat Tillman's life was taken too soon, but his memory and the values he stood for live on his wife and the people who knew him best.