Pat Tillman Died 16 Years Ago, But The American Hero Lives On 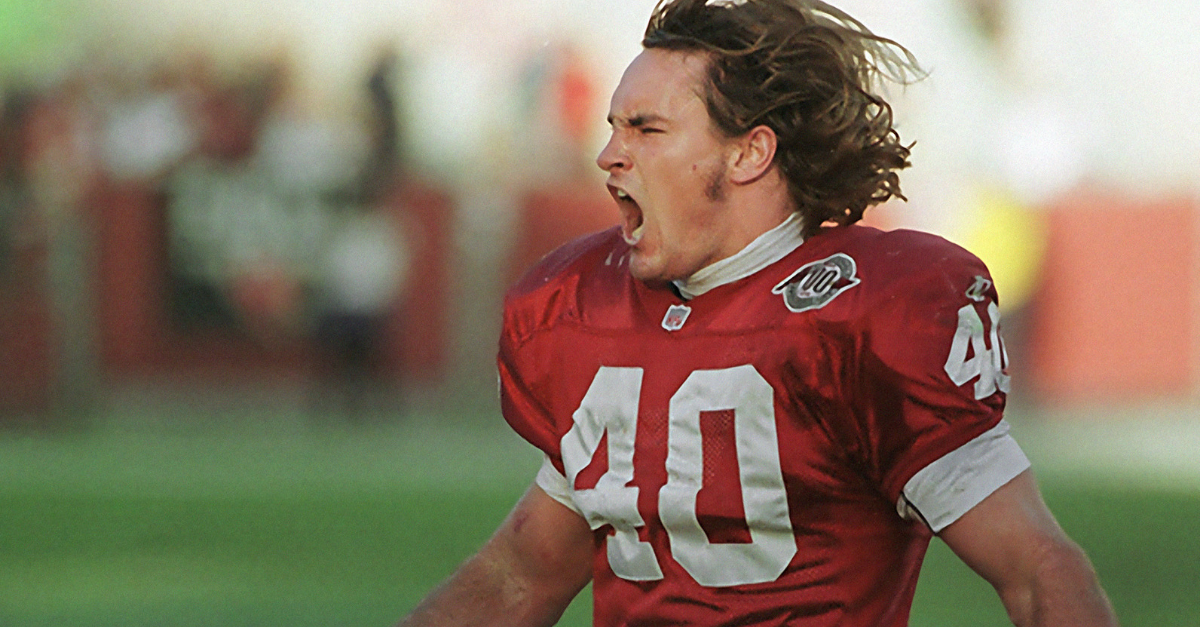 How do you define a hero? Heroes come in all shapes and sizes, from comic book idols to public service men and women who put their lives on the line running into burning buildings and towards the sounds of gunfire. Regardless of your definition, a hero is somebody who puts others before themselves.

Patrick Daniel Tillman is one of the greatest professional sports heroes of our time. The former NFL safety and corporal as a member of the U.S. Army Rangers lost his life serving in Afghanistan on April 22, 2004. After almost 15 years, Tillman was honored in the state that brought him public notoriety for his accomplishments on and off the football field.

Tillman was inducted into the Arizona Sports Hall of Fame on November 1, 2018 at the Scottdale Plaza Resort.

We will always honor and preserve Pat Tillman's legacy, who lost his life 15 years ago. pic.twitter.com/lt81cB0cK7

Already a member of the College Football Hall of Fame, Pat Tillman gained notoriety as a linebacker for the Arizona State University Sun Devils in the late 1990s. At 5-foot-11 and 200 pounds soaking wet, Tillman helped lead the Sun Devils to an 11-1 record and a berth in the Rose Bowl his junior year.

Despite being undersized for his position, Tillman was named the Pac-10 Defensive Player of the Year in 1997.

Tillman was selected by the Arizona Cardinals in the seventh round of the ’98 Draft. After switching positions to play safety for the Cardinals, Tillman went on to break the franchise record for tackles in a season (224) and made the Pro Bowl in 2000.

Following the terrorist attacks on September 11, 2001, the Cardinals safety played the remainder of the 2001 season, then chose to give up his NFL career and enlist in the U.S. Army.

Tillman turned down a three-year contract offer worth $3.6 million to serve his country.

Pat Tillman has been elected to the Arizona Sports Hall of Fame.https://t.co/xM9aPt2p9S

After enlisting in the Army alongside his brother Kevin, who turned down a professional baseball contract with the Cleveland Indians organization, Tillman was deployed with the United States military to Iraq as part of Operation Iraqi Freedom in 2003.

Tillman would eventually be redeployed to Afghanistan after graduating from Ranger School.

On April 22, 2004, Tillman was shot and killed in a firefight when he was mistaken for enemy combatants by an allied group. Tillman’s death was the result of friendly fire. He was 27 years old.

Honored posthumously with a promotion to corporal and receiving the Purple Heart, Silver Star and numerous other decorations from the U.S. military, Tillman remains an icon for what it means to be a true hero. Most people would give up anything they could to be a professional football player. Pat Tillman gave his life so that others would have that chance.

Pat Tillman is a hero, and the added merit of Arizona Sports Hall of Famer is just another reminder of how impactful his life was.