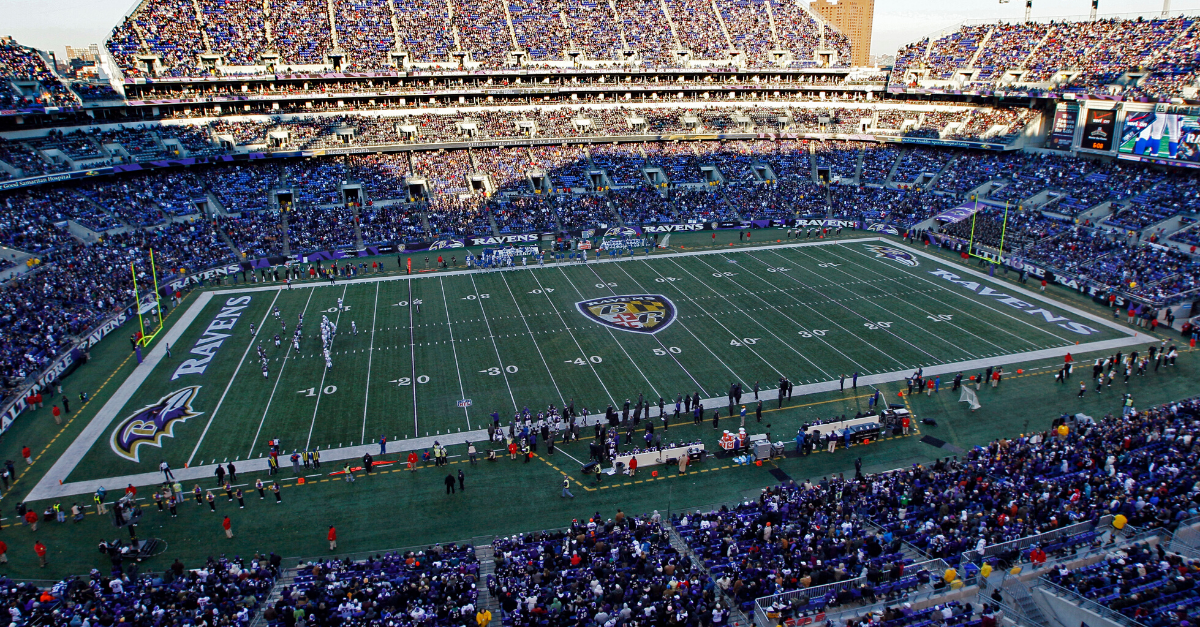 Lamar Jackson and the Baltimore Ravens are the talk of the NFL right now. The likely MVP broke Michael Vick’s single-season quarterback rushing record and his team holds the best record in football.

What isn’t being talked about as much is that multiple people have died in port-a-potty related deaths outside the Ravens’ M&T Bank Stadium this year.

Baltimore police announced on Sunday that a dead body was found in one of the portable toilets in a stadium parking lot. According to the Baltimore Sun, someone found the body outside M&T Bank Stadium and called police around 2 p.m. on Sunday.

The body wasn’t identified and it’s unknown how long it had been there for.

“It’s the second time this year a person has died in a port-a-potty at the Ravens’ stadium in the cold.” https://t.co/d4JzqByqzV

The Ravens did not have a home game on Sunday. They played the New York Jets inside the Baltimore Ravens’ stadium on Thursday night and won, 42-21. The temperature in Baltimore that night dropped as low as 30 degrees Fahrenheit.

Medical examiners have scheduled an autopsy to determine the cause of death. Additional information wasn’t immediately available.

In February, a man died in a portable toilet fire in a Baltimore Ravens’ stadium parking lot. The man was seen running from the port-a-potty engulfed in flames before collapsing.

NOW: @BaltimoreFire investigating a man killed after a Port A Potty next to Ravens stadium caught fire. BCFD says a man was seen on fire coming out of one of the stalls. He collapsed outside, died. 3 Port A Potties were engulfed in flames. Cause under investigation @WMAR2News pic.twitter.com/yI8WUksyoV

The NFL season concluded before that death took place.

Port-a-potty related deaths aren’t all that uncommon. In September of this year, a Florida woman was found dead inside a burning one. People have died while the portable toilets have been pushed over.

Still, it’s odd to have as many as two port-a-potty related deaths outside the same stadium within the same year.