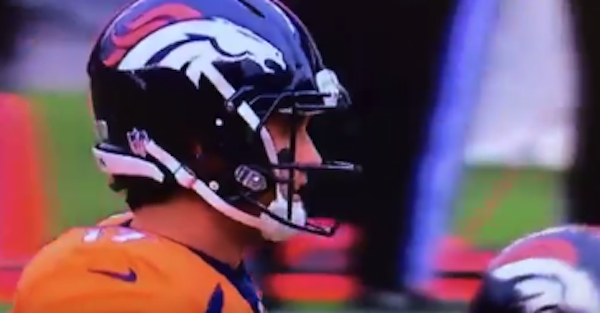 Brock Osweiler is the quarterback under center for the Denver Broncos these days, and he’s got a pretty unique pre-snap audible. Take a listen:

"NO! God dammit, no!" will forever be my favorite Brock Osweiler pre-snap call pic.twitter.com/kEN9bOGOzd

After starting out the season with Trevor Siemian as the starting quarterback and ?permanent decision?, the Broncos made the switch to Osweiler weeks ago.

Osweiler was traded in a salary dump to the Browns earlier this summer, who waived him. Osweiler headed to the Broncos on a one-year, $775k deal, meaning Cleveland is responsible for the remaining $15.225 million in guaranteed salary.

Previously, he strolled the Denver sidelines as the backup to Peyton Manning, which was a gig with a low ceiling.